Peter Beattie is the anti-politician Rudd and Labor need 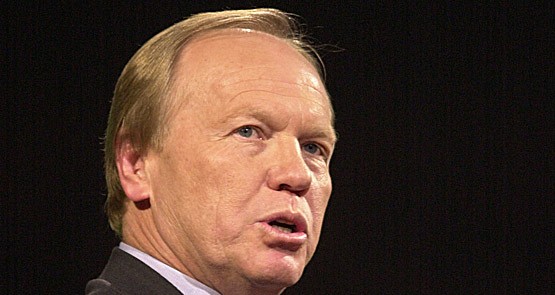 Former Queensland premier Peter Beattie’s decision to run for the federal seat of Forde will aid the Labor cause in Queensland — another Energizer Bunny for the party’s faithful.

In a state where marginal Labor and Coalition seats often need effectively to be won from scratch each time around, that energy — and the parochialism factor — will help electorally (as will the morale boost). I would differ with Norman Abjorensen in estimating the impact on seats, as I think Labor was already doing considerably better than he does. But, if truth be told, it’s better to regard a whole swathe of Queensland electorates as finely poised. This time the campaign does matter; hence the event of Beattie’s announcement.

Its significance, however, goes beyond the electoral impact, and not just because no one can imagine the irrepressible Beattie as a backbencher (though as member for Brisbane Central for many years, he would go to the opening of an envelope even when premier, and was rightly famed for being an excellent representative of his constituents).

Parochial Queenslanders may be, but as I argued as the first Rudd era was dawning, seeing the place as a backwater is wrong. Just as Bill Clinton needed to come from the Deep South to embody the New Democrat, so too Peter Beattie, I contend, is both Queensland’s second modern premier (after Wayne Goss) and its second postmodern premier (after that bizarre figure Sir Johannes Bjelke-Petersen, who made Goss seem even staider than he might have otherwise seemed). Indeed, in many ways, as my learned friend Dr John Harrison has suggested, Beattie and Bjelke are cut from the same cloth.

Everything Prime Minister Kevin Rudd knows about anti-political politics, the politics of the larger-than-life charismatic leader throwing a spanner in the works of the political machine, he learnt from Beattie. So there’s a certain pleasing symmetry in PB joining up to Team Rudd, the “media tart” who first invented “Team Beattie” as an alternative brand label to the miniscule “Queensland Labor” (and thanks to the National Archive for preserving the web evidence).

Beattie learnt his politics in the leafy groves of Brisbane’s western suburbs, part of an insurgency that was one of the afterlives of the concentration of anti-Joh energy that radiated outwards from the University of Queensland’s sandstone cloisters in the 1970s. Long before he was state secretary, his method was to run against his own party, which with some distinguished exceptions like senator George Georges, looked a lot like the Left wing of the corrupt Joh “joke”.

“As premier, Beattie took populism to a fine art. Affable and composed, he presided over a regime that had its fair share of failures …”

As premier, Beattie took populism to a fine art. Affable and composed, he presided over a regime that had its fair share of failures (and it’s been somewhat graceless of him to criticise Anna Bligh, given that some of those failures were visited on her). But he courted popularity by always being ready to apologise for the failings of his own government, and switch tack with alarming rapidity.

At the same time, Beattie paved the way in industry and innovation policy, pursuing a modernising social democratic project to transform a somnolent economy reliant on agriculture and mining towards a knowledge-driven future.

So, and not just in his public persona, Beattie was an archetype of the new politics — centred on personality, the leader disconnected from government. And there’s a truth to this. Government is complex, unwieldy, treacherous and inward looking. Or can be. Or can appear to be.

Beattie, like Clinton, acted more as a “tribune of the people” with regard to his ministers, the bureaucracy and his party. And that was the secret of his success. Against big government, but for the people; Beattie practises populism, postmodern style, in an era of neo-liberal government retreat. But he remains convinced, just as Rudd is, that the ship of the state, when steered by the right pilot, can carry the people towards a definite future destination.

The parallels with Rudd perhaps do not need much more spelling out (not least the “folksy” patter). They may not have been the best of mates, although who really knows — both are consummate politicians, so what meaning does such a phrase have? In a sense, Julia Gillard was a very traditional prime minister. Rudd is not, and Beattie holds up a mirror to allow us to see just how there actually is meaning in Rudd’s claim to be pursuing a “new way”.

I don’t think we can calculate the Beattie effect yet. But as with most of his reign in Queensland, it will not cease to be fascinating to observe.

Peter Beattie has simply done an ‘Alfie Langer’ – a comeback when the team needed him. It was a very Queensland thing to do. It was an act that will have all Queenslanders recall the moment back in 2001 when Alfie was brought back from overseas to make an after-retirement comeback and set up four tries (plus score one of his own) to help secure a come-from-behind Queensland series victory.

I guess I’m the only one who thinks this move is the epitome of what’s wrong with Labor?

I’ve had enough of being “represented” by union officials or political sycophants. Where are the Labor candidates in winnable seats that are like the people that they aim to represent: the nurses, the tradies, the fly-in fly-out miners, the teachers, the accountants etc?

If Beattie is so great why wouldn’t they run him in Brisbane (where he lived)?

I am no political genius but the only reasons I can think of is:
1) its easier to push a radiographer (Des Hardman) out than a union organiser (Fiona McNamara)?
2) the required swing of 5+% in Brisbane is to too much for parachute Pete.

Neither show a genuine enthusiasm for representing the people of Forde.

Labor is in need of new energy and fresh ideas – not more the same poor management.

Apart from the questionable “post modern” references ( when did Queensland or anywhere in Australia boast complete literacy and numeracy among its compelled voters?)
this is the sort of informative and edifying article sadly missing from the general commentary.
What a different election it would be if all articles were of this calibre.

@dougdent Dix the margin on Brisbane is only 1.1%. The reason he’s going to Forde is because internal polling showed the candidate wasnt going to get over the line and they need that seat.