The University of Queensland's student union was set to turn leftwards for the first time in years, but amid electoral regularities the vote has been declared null and void. 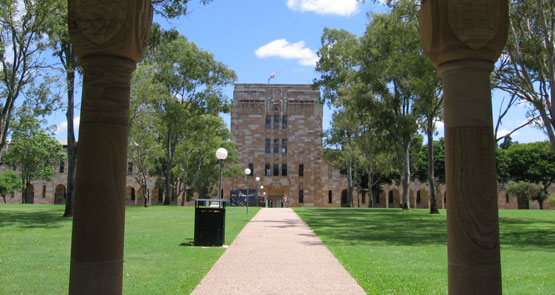 Elections at the University of Queensland union have descended into farce for a second year in a row, just days before ruling Liberal National Party-aligned clique Fresh looked set to be ejected from power.

As the two-week campaign and voting period began to wind down yesterday with around 9000 votes already cast, the UQU election tribunal ruled — in an extraordinary eleventh hour decision — that the appointment of returning officer Peter Travers was invalid and the elections null and void.

The poll was a broad three-way battle between Fresh, progressive catch-all group Reform and Fresh splinter Lift, run by estranged ex-Fresher Jared Peut. As of yesterday, ballot box sources were reporting a likely Reform victory that would have turned the union leftwards for the first time in years.

A statement on the UQU website quoting Fresh incumbents Kieran Shaw and Rohan Watt claimed that due to a “technical defect the appointment of the Returning officer for this year’s student elections, the elections will need to be discontinued and rescheduled. The Election Tribunal has ruled that, despite 8 members being present at the meeting of  the Returning Officer Selection Panel held on 19 July 2013, it was technically inquorate.”

The appeal was lodged by Peut, who in a Lift Facebook post yesterday said he was “aggrieved that knowledge of the elections would be held was therefore limited to a very small number of incumbent party members, therefore providing Fresh with a distinct advantage”.

The constitution demands that all members of the returning officer appointment panel be notified of the meeting in which the appointment is to take place. This includes Peut, the current vice-president of campus culture.

Elections will now be rescheduled, meaning students will have to re-harangued by T-shirt-wearing junior pollies at ballots scattered around campus and at residential colleges. In his Facebook missive, Peut conceded that “regrettably” the repeat would be “irritating”.

The union serves 40,000 students and oversees 120 clubs and societies at the pineapple state’s leading higher education institution. Control of the union is considered a right of passage for young Tories on the make, many of whom go on to work for senior Coalition MPs. UQU has distinguished itself as a bulwark of staid conservatism among the mostly Left-leaning unions across Australian campuses.

Last year, Crikey revealed the dire situation at St Lucia, where Fresh forces changed union regulations to ensure main left-wing rival group Pulse was locked out of the ballot by sneakily registering Pulse’s name. The controversy led to rowdy protests and was extensively covered in major Queensland media outlets including the Courier Mail and popular ABC 612 radio show Mornings with Steve Austin before being eventually settled in Fresh’s favour after an “independent” review.

Reform campaign manager Max Chandler-Mather told Crikey he was “angry and frustrated” at the decision to call off the election with the finish line in sight. All parties had devoted substantial resources to the campaign and had cut class to serve student democracy.

“This is going to be hard to swallow. It seems rather hypocritical to be standing for procedural and democratic fairness. The fact of the matter was that Reform were on the brink of victory. We were winning the conversations on the ground.”

George Brandis has also gloated about Tory control, celebrating in Hansard two years ago that it was “the fifth year in a row – five out of five – since freedom was introduced at the University of Queensland Student Union, that the Fresh team were overwhelmingly endorsed by the student body”.

“A more comprehensive slaughter of the forces of compulsion by the forces of freedom could scarcely be imagined,” Brandis said at the time.

The idea that students (particularly first year and international) have in mind an existential battle between freedom and compulsion when voting, and not the $5 food voucher, is laughable. What a complete projection on Brandis’ part. Most are too disengaged and clueless (with notable exceptions) to have any awareness of the politics behind the slogans and free sausages routinely handed out.