The July jobs figures suggest the government was right to lift its unemployment forecasts -- it's a soft labour market, even though unemployment is steady at 5.7% nationally. Glenn Dyer and Bernard Keane report. 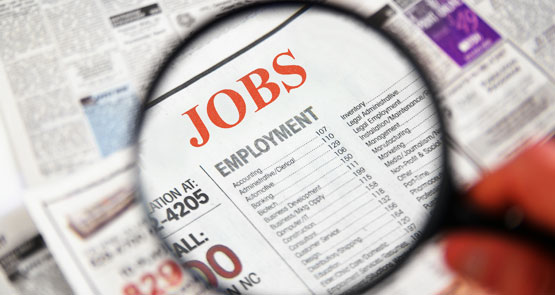 The July jobless report from the Australian Bureau of Statistics isn’t pretty and is starting to reveal the jobs crunch hinted at last week by the federal government, which forecast that unemployment would rise to 6.25% this financial year.

Slowly but surely the lack of any real growth in jobs is being overtaken by the rise in the size of the labour market. It could have crossed over in July, with employment in full and part-time jobs (for men and women) both falling, according to the ABS analysis. If that’s the case, the steady unemployment rate of 5.7% in July — as revealed by the ABS this morning — will soon top 6%.

The data shows the number of jobs fell by around 10,000, as market forecasts had suggested, but the unemployment rate remained steady at 5.7% because the participation rate eased back from the rise of the month before. That is, the jobless rate didn’t rise because people stopped looking for work.

Confusingly, the number of hours worked rose by 7.9 million in July in seasonally adjusted terms and in trend terms. But there’s a relatively new measure that tells the real story and helps explain the jobs crunch now underway.

A look at the graph accompanying the report from the ABS shows the decline has been going on since early 2012, slowly at first, but gathering pace in the last few months (on a seasonally adjusted basis), while the trend series shows a slight flattening out.

That’s what saved this jobs report from producing a worse headline for Prime Minister Kevin Rudd than it should have: the unemployment rate stayed at 5.7%, but the weakness in the jobs market is there for anyone who looks closely.

It all raises the question of why on earth the Coalition is continuing to talk about tightening the budget further than Labor has already done, and why Australia’s economic commentators are so sanguine about it.