IT wobbles at DIAC ... some Coalition types dumping Mirabella in Indi? ... who is Barnaby Joyce anyway? ...

Gillard moves to the seaside. Our friends at InDaily reckon Julia Gillard is set to move to a four-bedroom house in an Adelaide beachside suburb. The real estate industry was abuzz this morning with news Gillard had used a buyer’s agent to sign up for the 1920s bungalow advertised at around $1.8 million. Tips thinks that sounds lovely. It’s been widely reported Gillard was planning on shifting from Melbourne to Adelaide to be closer to her family … 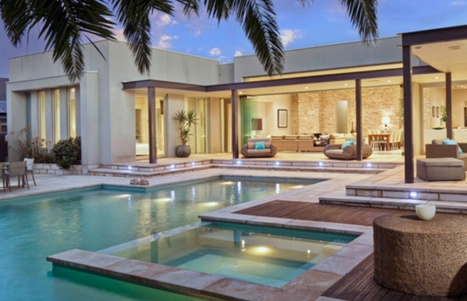 The home rumoured to be snapped up by Gillard

IT wobbles. The federal immigration department has been working hard on the “Systems for People” project to overhaul its IT, at quite a considerable cost. Is the rumour true that the expensive project has been mothballed — and how much taxpayer dough has been spent?

Ratting on Mirabella? We received this tip in response to our story yesterday on the independent (Cathy McGowan) who’s apparently making inroads against Liberal frontbencher Sophie Mirabella in the race for the federal Victorian seat of Indi:

“Prominent local National Party members are backing Cathy McGowan (in the hope that they can put up better candidates at next election). Wife of former Liberal member for Indi seen at launch rally in Wodonga on August 4. Prominent businesspeople also assisting Cathy in the hope of seeing better representation. Sophie Mirabella seen doorknocking in Beechworth (Labor booth) and Wangaratta — unprecedented.”

Crikey overhears … The bigwigs of mining have been getting their heads together at the annual Diggers & Dealers conference in Kalgoorlie. But some attendees are a little better known than others, according to our fly on the wall:

“At one function, a mining company executive was introduced to Barnaby Joyce but, although he recognised the face and knew Barnaby’s name from somewhere, he couldn’t quite place him within the grand scheme of things. So he asked, ‘Barnaby, what do you do, who do you work for?’ Apparently Barnaby replied along the lines of ‘I’m a politician and some people say I work in Canberra’.”

Cruel cuts at Adelaide. It’s tough times for unis as they grapple with federal funding cuts (speaking of which, is Kevin Rudd going to reverse that decision?). Adelaide has not been spared:

“The University of Adelaide is cutting courses from the faculty of Humanities and Social Sciences. A directive has been given that courses with fewer than 80 enrolments are to be cut. The casual tutoring budget has been drastically reduced, and academics whose courses will be cut will be forced to teach tutorials in other courses, undermining academic freedom. There is a document floating around in an email from the DVCA’s office with all the courses flagged to be cut in red, we haven’t been able to get access to this document as yet.”

Our tipster noted that several courses focusing on indigenous history and language were rumoured to be on the chopping block, jeopardising the university’s efforts to improve courses and subjects with an indigenous focus. Can anyone send us that document?

The museum of whose humanity?