The unprecedented closure of US embassies across the Middle East and Africa shows al-Qaeda and its deadly offshoots are still active and at war with America and its allies. 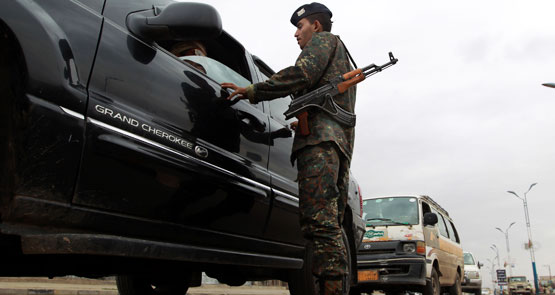 The closure of 21 United States embassies across the Middle East and Africa — the widest such closure in US history — demonstrates the “War on Terror” is far from over. As the threat that inspired the closures indicates, the “war” is unlikely to be concluded in the foreseeable future.

The war in Iraq has, from a US perspective, all but concluded and Afghanistan is starting to wind down. But both remain sites of conflict and will remain so as internal and regionally inspired factions compete for politico-religious control. Syria, too, has increasingly become the site for intra-religious conflict, rather than simply a civil war against a despised dictator.

The unspecified threat against an embassy was intercepted in Yemen, the key base for al-Qaeda in the Arabian Peninsula. While effectively independent of other al-Qaeda-named organisations, AQAP is regarded as perhaps the most dangerous of its offshoots.

Key al-Qaeda planning shifted from Somalia to Yemen in 2010, while AQAP is now considered to pose a higher threat to the US mainland than Osama bin Laden’s founding organisation.

So seriously is the threat being taken that the United Kingdom, France and Germany have also closed their embassies in Yemen. The US global travel alert in response to the intercept now extends to the end of August.

AQAP was initially based in both Saudi Arabia and Yemen, but was effectively suppressed in Saudi Arabia following the attempted suicide bombing of Saudi counter-terrorism chief Prince Mohammed bin Nayef. The Saudi and Yemeni branches have since merged as one, with up to 700 active members holding territory in south Yemen.

US and other regional embassies have a fortress-like construction — so-called “Inman buildings”, after the 1985 Inman Report following earlier attacks on embassies in Beirut and Kuwait City. While these buildings are able to withstand significant external attack, all embassies rely on initial protection from forces in the host country.

Even “Inman buildings” have been shown to be vulnerable to mass demonstrations and other forms of assault, given a lack of local protection. Truck bombs in conjunction with a ground assault also remain effective against even such fortified structures, such as with the attack against the US embassy in Sana’a, Yemen in 2008.

AQAP’s threat status has form. Its first reported attack was against the USS Cole in 2000, killing 17 sailors. It has since been responsible for a series of major attacks and attempted attacks, including on shipping, airlines and against political and security figures, including the 2012 Sana’a bombing of a military parade, in which more than 120 people were killed and 200 injured.

In particular, US caution is in part in response to the unanticipated but highly co-ordinated 2012 Benghazi diplomatic mission attack, in which four people were killed, including US ambassador Christopher Stevens. Apart from the human cost of that attack, the fallout from recriminations over a perceived failure to act was deeply damaging.

The prevailing view in the US State Department is now to be, and to be seen to be, extra cautious in the face of real and perceived threats. The closure of US embassies, while responding to a real and deadly serious threat, also reflects that heightened sensitivity to the possibility of another Benghazi-type outcome.

haha, you talk of this “threat” like it’s a real thing (US funding/arming/training of al qaeda in syria notwithstanding).

“everyone’s in immediate danger but we can’t tell you from what or by whom or when it’ll happen but OMG terrorists remember them!?!? …. by the way need need access to all your phone and internet records forever and an extra $5 billion to fund it but OMG TERRORISTS!!!”

There’s certain Hollywood aspect to this ‘threat’….I reckoN THE raBID zIONIST Harvey Weinstein – fresh from his Oscar success (was there ever any doubt it’d win?) with the CIA funded ‘Argo’- is the creative consultant on this charade.

Really Damien..you need to get out more…..

The war on terror will never be over. It can’t because terror is not a nation, terror is not an army, terror is a thing we feel. Terrorism will always be considered a practical, acceptable tool by some unhinged religious types but also by some who’s political grievences are genuine and pressing.
What we have come to know as the war on terror could only end if those that started it acknowledged that it was a false premise.
Even if this threat were real – and how will we ever know now that the baddies know that we know what we think we know – it really is small potatoes compared to what goes on around the Arabian Peninsula on a daily basis.

Not even a mention of the coincidence that this terror alert has occurred just when we might have expected a PR response from the Obama Administration to Edward Snowden’s whistle-blowing?

If there’s (we pray) no terrorist incident over the next week or so, will there be a follow-up column admitting the possibility that perhaps the terror alert was not entirely a reflection of actual hostilities around the world?

In the US certain Democrat supporters have shown that they are incapable of recognizing that Obama is just as bad as Bush.

Doesn’t “terror” depend on which side you’re on?

Can you imagine how obsequious Abbott could be, should “the need” arise?