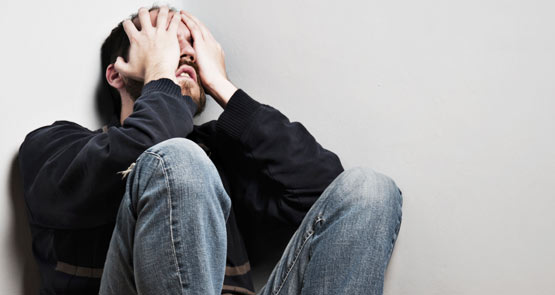 Prime Minister Kevin Rudd has called for a “productivity pact” to address the decline in Australia’s productivity as a key challenge for the nation, particularly in the wake of a resources boom. Australia’s lower productivity growth since the early 2000s is adding to the relative cost of business and production.

Absent from the Prime Minister’s strategy is a focus on addressing the massive drag on productivity from untreated mental illnesses and the poor quality of mental health care.

Mental health care became a “second-term priority” for Labor following the unprecedented community response to the lack of action on mental health care from Rudd in early 2010. In 2011, then-PM Julia Gillard announced a $2.2 billion package to address the gaps in services with an emphasis on early intervention programs and those for people with severe and persistent mental illnesses.

As the 2013 election campaign ramps up, there is little sign that mental health will again be a priority for Labor — and the Coalition remains mute on the issue. That might be fair enough if Labor had delivered on that “second-term priority”, but there is little on-the-ground evidence of new or expanded services, with the exception of the expansion in Headspace youth mental health centres and services.

At the centre of Labor’s 2010 and 2011 funding for mental health were “flexible care packages” for people with severe and persistent mental illnesses and “16 early psychosis centres”. Nearly $800 million of the funds were for these two initiatives. Sadly, not one person has received a “flexible care package”, and not one sod of soil has turned on a new early psychosis centre.

Consistent with a broader narrative, the government has failed to deliver on time or on budget — or much at all — on mental health reform.

For the millions of Australians with mental health problems, often shut out of participation in work and social activities, this is just another Groundhog Day experience. For decades, people with mental health problems and their families have been promised they would get access to care. They live in hope that someday their needs will count as much as those afflicted with cancer or cardiovascular disease or other common health conditions.

This week brought the release of the most comprehensive review of mental health and mental health services in a decade. Yet neither of the major parties has made any response to the findings and recommendations.

Obsessive Hope Disorder: reflections on 30 years of mental health reform in Australia and visions for the future documents the journey of reform since the Richmond report on deinstitutionalisation in 1983 and the commencement of the National Mental Health Strategy in 1993. The report provides an assessment of where we are now on that reform journey and sets out a better way to progress reform.

Australian mental health reform over the past 30 years is one of world-class policies and strategies let down by inadequate planning, poor implementation and our complex system of government. The results are disappointing, wasteful of scarce resources and too often devastating for millions of Australians affected by mental illness.

Despite significant new investment in mental health care since 2006 — some $8 billion in new funding — there is still no coherent national service framework, no service model, few care guidelines and continuing poor accountability.

The quality of and access to care continues to vary depending on your postcode, your income and your determination to find care. There are still daily accounts of “people falling through the cracks”. People needing care enter a bizarre lottery.

The incremental, incomplete and inconsistent approach to mental health reform to date is clearly inadequate and unaffordable for the challenges now confronting our nation.

Mental health services in Australia are neither planned on the basis of need (that is, to respond to the population’s mental health needs) nor based on evidence of what works best. There are still hundreds of “beds” in 19th-century model psychiatric hospitals costing over $10 million a week. These are not only in violation of human rights but completely unacceptable in terms of quality of care.

Leaving aside the moral and legal obligations on government to provide mental health care, the continuing hit to Australia’s productivity is no longer sustainable. The productivity cost due to mental illness in young men alone (16-24 years of age) is over $387,000 per hour 24/7. That’s a small housing development with 150 dwellings ever week. Further, we know that 2% of these young men (that’s an astonishing 28,600 per annum) made a suicide attempt in the past 12 months. Then there are young women and other working-age people either unable to participate in work or caring for a loved one.

The incremental, incomplete and inconsistent approach to mental health reform over the past 20 years is demonstrably inadequate and unaffordable for the challenges now confronting our nation. There is an urgent need for a transformation of mental health policy to ensure Australians get greater access to care, better quality of care and better integrated services with employment and housing services.

Obsessive hope disorder can be cured. But it will take sustained national leadership — something missing from the election campaign.

*John Mendoza is a researcher at Sydney University’s Brain and Mind Research Institute and a director of ConNetica, and was the inaugural chair of the federal government’s National Advisory Council on Mental Health. He led the Obsessive Hope Disorder report.

Good article, but I wish people would stop using the ‘slipped through the cracks’ metaphor. In my experience the mental health system is not some sort of roughly coherent entity with a few gaps that people sometimes ‘slip through’. It is a yawning chasm, and if you are very lucky, extremely persistent or well off you may succeed in building a bridge across it to some sort of effective help.

Thanks for this, John.

Some excellent points raised. The mental health system has been, for the most part, a huge failure in terms of national achievement. This is a critical election issue for me. I have seen the devastation that arises from not only the lack of funding, but the incompetency and mismanagement which exists within the system currently. More needs to be done on all levels. And that starts with effective leadership.

Thank you for this statement, which should be blasted at all our bureaucratic and political leaders. And for the chance to find about ‘Obsessive Hope Disorder’. Our severely mentally ill have been short-changed for decades now and many are dying prematurely every year from physical illness or suicidal despair. The ANZ Health Policy Report, published 7/1/2004, “The trend in mental health-related mortality in Australia, 1916-2004: implications for policy”, is traumatic reading. The conclusion states, of these 97 years: “This study finds the temporal trend in mental health-related mortality rates (which reflects the longevity of people with mental illness) has worsened through time. “THERE ARE NO GAINS”,[emphasis added]…”We suggest it is misplaced for policy makers to have a concern only with health expenditure… It is important to consider health gain alongside expenditure…The epidemiological transition has yet to come to the mental health sector.”
We wait…in three years, unless there is a miracle, the severely mentally ill in Australia begin their second century of suffering and premature death…death which, if by suicide, is always violent and always, always alone.

Poppy I should have used “the falling through the cracks” comment as a over used euphemism – I completely agree with you. The cover of the report depicts an unstable base for reform – shows Sisyphus trying to push the reform sphere over the fluid like terrain. It is the perfect myth for the non-system we have created.
John Mendoza