If it seems like deja vu, it probably is. It wasn’t even a year ago we had Sydney Theatre Company’s Face To Face, co-adpated by Andrew Upton and Simon Stone, also based on Ingmar Bergman’s 1966 film, which starred Bibi Andersson and Liv Ullman and which critics regard it as nothing short of a masterpiece; Bergman himself considers it one of his most important films. It charts the gradual, or not so gradual, unpicking of a psychiatrist’s own psyche and poses the unuttered and largely unutterable question, who’s “mad” and who’s to say? And what constitutes madness anyway?

Adena Jacobs, Dayna Morrissey and Danny Pettingill’s adaptation, directed by Jacobs, plumbs the same depths. Bergman’s efforts were fevered; literally, as he was suffering pneumonia during the nine weeks in which he wrote the film. Jacobs’ take, designed by Morrissey and lit by Pettingill, capture a similar intensity and, at the same time, a chillingly austere minimalism. This production, too, like Bergman’s, seems utterly uncompromising.

It’s likely to prove controversial (in unenlightened circles), thanks to explicit “adult themes”, but betrays not the slightest sense of setting-out to be. It’s not calculated. It just is. It’s part-and-parcel of telling the story; if something as taut and sibylline can be relegated to the descriptor of story.

While Bergman arrests with searing images of globes burning with blinding ferocity, film passing through a clattering projector, cartoons, a sheep being bled and eviscerated and a nail hammered through a hand, Jacobs focusses our attention by way of a boy (Sean Campbell) walking nonchalantly on stage. He pretends to read a book and, while apparently not oblivious to our presence, is ambivalent about it, if not frustrated by our lack of response. Silent minutes tick by painfully, reminding us of how much angst and tension can live in a single moment, let alone a lifetime. It may not have the cinematic quality of outright shock value of Bergman’s tightly-edited images, but it’s the theatrical equivalent and equally as suspenseful.

The creative team has aligned itself with Bergman and his background aesthetically, too. A cold, arid, stripped-back, Scandinavian aesthetic pervades the play, one which has profound relativity to the dehumanising effects of generic diagnosis, pathology and institutionalisation. Sometimes, the cure, or treatment, is as bad, or worse, than the disease. And what happens when the doctor (or nurse, in this case), the one on whom, as a patient, you utterly rely, loses her footing and equilibrium?

Meredith Penman is Elisabeth Vogler, an actor who’s lost her voice, but not in the usual sense. This is more than mere laryngitis. She has the lost the ability to express herself in words. It’s as if too many words have been spoken. As if she’s used up her quota and can no longer communicate by this means. (As if getting acting work isn’t hard enough.) Penman effects a confounding admixture of emotions. On the one hand, she looks distressed by the loss of her lifeblood. On the other, relieved and unburdened; almost serene. Elisabeth is in the care of Alma (Karen Sibbing, who even seems to adopt a Swedish, or similar, accent), a relatively inexperienced nurse assigned to her by the doctor (a disembodied Jane Montgomery Griffiths, existing only in Godlike form, as a voiceover).

At first, Alma’s the very picture of generous, bleeding heart compassion, but it’s almost as if this outpouring is too much for her and, along with Elisabeth’s intractable cone of silence and a wildly disinhibiting volume of alcohol, she unravels, in a tumultuous fit of confessional purging of religious proportions. It’s at this point the tables are turned, the carer becomes the cared-for, victim, patient; whoever we want to see, whatever we want or are prone to see her as.

If you’re of a medieval mindset, as are persons I’ve heard about and met, you might mistake the slings an arrows of her outrageous behaviour for possession; (as did a religious community in Moldova, as recently as 2005, portrayed in Cristian Mungiu’s multi-award-winnng new film, Beyond The Hills). But Alma’s disintegration, as luridly as it manifests, is about something more mundane: mental illness. Or, if one is to take a more romantic, less medical view, emotional crisis.

And, one suspects, given Bergman’s candidness about his own state of mind at the time of making the film, it was, for him, an essential exorcism of demons (albeit not of the Satanic kind), which led him to observe it saved his life. The imagery he deployed would seem to reflect up intimacy with the kinds of demented and surreal thoughts that can infiltrate one’s mind and which, left to their own devices, can overwhelm it. Jacobs and co seem to have intuited and embraced this in the fullest, realising, in theatrical terms, a vision almost as bold and phantasmagorical. Even in theatrical translation, Jacobs has retained a keen sense of the cinematic. Placement of actors lends itself to the kinds of deep focus one associates with the latter medium.

At a time when there’s discussion about the risk of splintering personality by way of adoption of various digital personae, the schizoid allusions present in Persona, on film and on stage, take on an even sharper edge. Persona is the vicarious exposition of the ubiquitously desperate cry for help so many of us keep, or strive to keep, a pressure-cooker’s lid on. Through it, we’re (re)awakened to the incestuous relationship between fragile beauty and abject terror, which are kissing cousins.

The film is considered one of last century’s greatest works of art and Belvoir’s presentation of Fraught Outfit’s production doesn’t fall too far behind such an accolade in this new century. This is compelling and compulsory theatre. 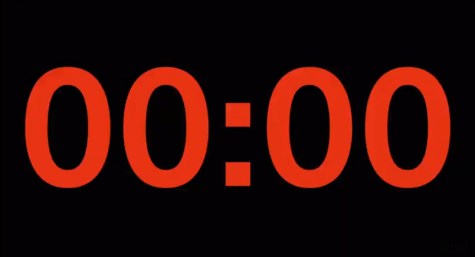 Endless cult film is no escape from the march of time