Challenging the sacred cow of Medicare

Medicare is great -- right? Health journalist Jennifer Doggett examines the case for our political leaders to challenge the sacred cow of Medicare and tweak the system so it's fairer and more efficient. 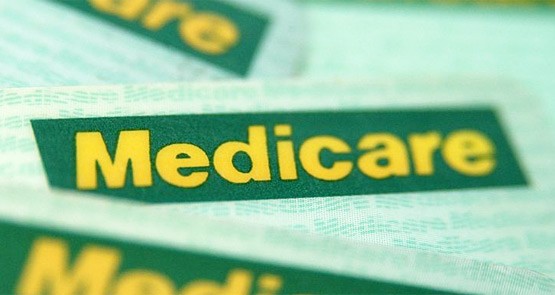 A coalition of health groups has launched a campaign calling for reform of Medicare to address rising out-of-pocket health costs, lengthening delays for elective surgery and widespread disparities in access to doctors and other health professionals.

The Mend Medicare coalition includes the Australian Nursing and Midwifery Federation, Catholic Health Australia, Consumers Health Forum of Australia, the Mental Health Council of Australia, and the Public Health Association of Australia. It has released a report which highlights the many inequities in the current system, specifically regarding people with chronic and complex problems, those in rural and regional areas, and preventive health care. The report calls on party leaders to spell out their plans for Medicare before the election, including addressing waste within the current system, looking at funding models that better support people with chronic conditions, and addressing inequities of access.

The Australian Medical Association is not a member of the Mend Medicare coalition (unsurprisingly). However it too has called for action via increasing rebates in line with the rise in healthcare costs. In this video, AMA president Dr Steve Hambleton argues AMA rebates have been devalued by 40% since 1986 and this is resulting in higher out-of-pocket costs for consumers.

Mend Medicare argues convincingly that it is time for major reform. Medicare was developed to meet the needs of a previous generation and since its inception in 1983 these needs have changed. We have a much greater incidence of chronic and complex illness which typically requires care from multiple providers, in a number of settings and over a long period of time. Medicare was designed to support short-term, episodic care, from a single health professional. Its fee-for-service and medical-centric approach does not support the multi-disciplinary, co-ordinated and consumer-centred care that is now required.

Another crucial change is that since 1983 we have become much wealthier. Rising property prices and increasing superannuation funds have resulted in middle and upper-income earners acquiring much larger savings than at any other time. The Australian Bureau of Statistics shows that in 2009-10, middle-wealth households held $556,000, and the top 20% held $2.4 million in assets on average. While not all of these would be liquid, a significant proportion of them are, in particular as people reach retirement age and the restrictions on accessing superannuation are lifted.

As Mend Medicare argues, Medicare no longer warrants “sacred cow” status. However, the assumption that most Australians, most of the time, need a government program to help them pay for their healthcare is a sacred cow that itself needs to be challenged. The figures put out by the coalition show Australians spent on average more than $1070 a year on health services and products, meaning a typical family can shell out more than $4000 a year.

Given the level of wealth of the average Australia family, those figures hardly seem unreasonable. It is worth questioning whether they warrant a universal health insurance program of the scale of Medicare.

Of course, the issue in health is that few people are average. People are either sick or well, and those who are sick spend much more than average on healthcare and those who are well spend much less. From both an equity and efficiency perspective we need to ensure that resources are focussed on those with the greatest need. This group (or groups) can be difficult to identify as health care affordability can be as much to do with the type of illness and the timing of care needs as it is to do with overall income level. A healthy young person on a low income is probably much more able to meet her own healthcare costs than a family on a middle, or even high, income where one or more members have a chronic illness.

Identifying and targeting people with genuine difficulty affording health care, over the long-term, is the key to ensuring Medicare resources can be used most efficiently to reduce current inequities of access and health outcomes. This will be particularly difficult to achieve given that members of Mend Medicare have different views on how Medicare should be reformed.

For example, Catholic Health Australia is promoting the Medicare Select proposal from the National Health and Hospital Reform Commission. That involves giving Australians a choice of a health and hospital plan, either insured by Medicare or a private insurer. This would entrench the role of a third-party payer for “normal” healthcare expenses and expand the role of private health insurance, a funding mechanism that has administrative costs more than double that of Medicare (as a proportion of total funding).

Mend Medicare has a tough lobbying task ahead with both major parties. Labor knows the brand value of Medicare — so much so that it named its primary care organisations “Medicare Locals”, despite the fact they have nothing to do with Medicare. The government will do nothing to risk undermining the value of this brand, but may recognise the need for some tweaking of Medicare.

Perversely, the Coalition will be an even more difficult challenge. While its more market-oriented philosophy should lend itself to a Medicare reform agenda, the Coalition will shy away from any policies which Labor could argue undermine Medicare’s currency. For all its rhetoric about “personal responsibility”, the opposition is unlikely to find this stretches as far as requiring a person on $200,000 a year to fund their annual flu shot without the aid of a government program.

However, regardless of whether this campaign achieves its outcomes this election, it has raised some important issues about the future of Medicare which cannot be ignored.

To alleviate poor pandemic mental health, leaders need to be upfront about their logic

One has to be very careful about removing the “universal” nature of a service such as Medicare. Whenever we start to limit government funded services to only those “who need it”, it reduces the support that the service has amongst those who have been excluded. I think that one of the reasons why Medicare has such widespread support is the very fact that it is universal – or originally meant to be. In practice it is not as universal as it once was due to decades of underfunding and parsimony. I suspect this may have been deliberate under the Howard government.

When people complain about paying taxes and about “government waste”, it is because they do not perceive themselves as benefiting, often contrary to the reality. So restricting the universality of Medicare, in the name of “efficiency” or whatever, could have the unintended consequence of undermining the will of ordinary tax payers to pay for it at all.

I’m with Scott. Health is not like any other issue, cannot be met by market forces unless you are happy to abandon the poor, leads to inequitable outcomes unless it is treated completely differently from every other commodity. economics provides very few tools to fairly assess such a ‘product’.

Universality of coverage is essential, and universality of paymnet throught the tax system likewise. The inefficiencies aren’t in the universality issue anyway, they are in the provision and in keeping costs down in a product that would have exponential cost increases without government intervention.

My perspective is that this is just wrong headed, it’s not medicare that is the problem. Enormous efficiencies, abundant low hanging fruit, exist in the health care system, from reform of state/federal responsibilities, the vast and largely useless bureaucracy, and let’s not forget the tax concessions on health care for things other than basic hospital, medical and dental cover.

Too often doctors and specialists groupings have too much personal investment to address the problems fairly, and will always be tempted to think about how it affects their income rather than equity issues.