This candidate is a real pain ... Rudd v Murdoch ... reprieve for roadkill artist ...

This candidate is a pain in the neck … “With the election underway, it looks like the Liberal candidate for Ballarat is already giving voters a headache,” said the Tips stringer who snapped this for us. 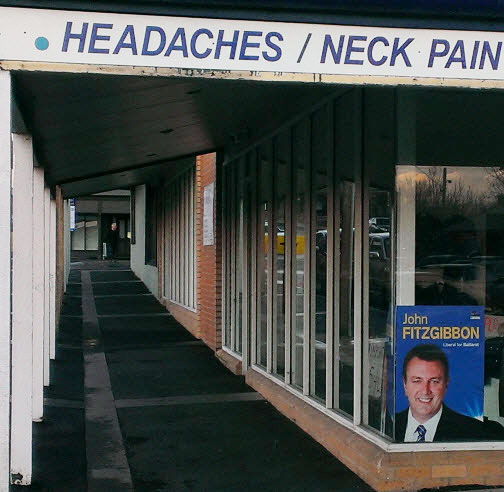 … while this one tells it like it is. “This might be old but it would still be a timely tactic here in Oz,” says Tips’ friend the Townsville Magpie. It’s from the Philippines. We’re not sure what happened to Jun-Jun, but he’s got Tips’ vote. 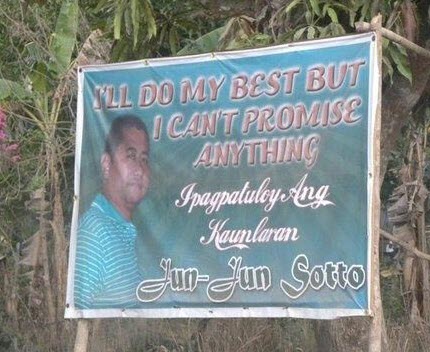 Tips is counting on our readers to send in candidates’ foibles, faux pas, triumphs and memorable campaign ads. Get in touch here — and why not dig out the camera and become a citizen journalist?

Rudd v Murdoch. A robust Twitter exchange this morning between Rupert “KICK THIS MOB OUT” Murdoch and Kevin Rudd: 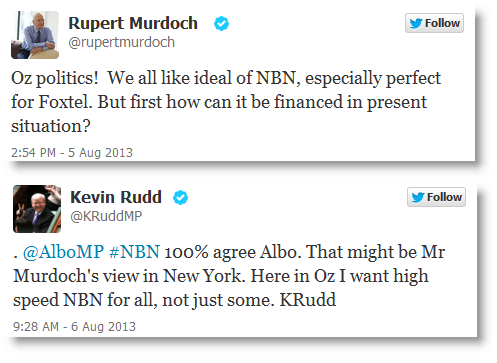 Expats denied. A reader who lives overseas wants to know how expats can vote:

“We have no domicile in Australia, driven out by the fascist Howard regime and the failure of Keating’s call to go north, but then provide no jobs when we came back with the knowledge we gathered. We are mostly ALP, and grumble at length about this. With no residential address in any electorate, how can we exercise our vote, as Australian citizens? Tell us how to get the relevant consulate or embassy to cooperate.”

According to the AEC website, if you’re an Australian expat who’s been living overseas for more than three years without notifying the AEC, you might not be able to vote in the federal election. Unlike many OECD nations, Australia does not have domicile, meaning that Australian citizenship does not automatically guarantee voting rights for those living overseas.

You can, however, secure your vote if you register as an overseas elector and intend to live overseas for between one and six years. Those travelling overseas for less than a year remain able to vote provided that they lodge an overseas notification form. Many expats do not understand these rule as they are complicated and poorly advertised.

Get stuffed, artists. Crikey recently revealed the story of a taxidermy artist facing legal penalties for the use of dead native wildlife in his artwork. At the time, Gerard Geer planned to risk jail time and thousands of dollars in fines by holding a final exhibition of his sculptures, jewellery and “neo-shamanic” artwork — before incinerating the entire portfolio at the instruction of the Victorian Department of Environment and Sustainability.

Crikey was poised to attend the artistic barbecue, but there’s been a stay of execution. We can inform you that Geer will no longer have to destroy his life’s work. Following Crikey’s story, the department contacted Geer to grant him a special, one-off specimen licence. This licence will allow him to keep all of his artwork, even though it was illegally obtained (it seems that a blind eye is being turned on that point). Geer still won’t be able to exhibit his work outside his house, but he will be able to sell it to holders of a similar licence. Since the story, Geer was contacted by several artists caught out by the same provisions of the Victorian Wildlife Act. They will form a collective to lobby the Victorian government for changes to the legislation.

All of which means that yes, you can still buy this: 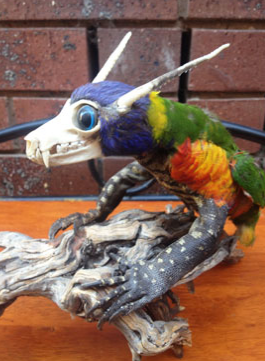