Hold the front page: is investigative reporting making a comeback?

Newsrooms are contracting, and there is less money to fund journalism. So investigative reporting must also be suffering. On the contrary, writes Andrea Carson at The Citizen. 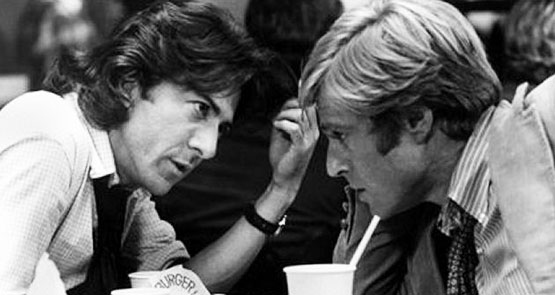 The news cycle is faster, its appetite for stories voracious; audiences have fragmented, meaning newspapers are no longer the prevailing influence in Australian society they were 50 years earlier. Long-form and investigative reporting are a luxury, as media outlets compete to break the next “big” story, rarely dwelling on the last one.

Ground-breaking investigative stories can appear, but just as quickly disappear. A story’s impact can be drowned out by the constant noise of incoming news from radio, television and online. And add to this what some cite as the “toxic rivalry” between News Corp Australia and Fairfax Media: the print duopoly accounts for around 90% of Australia’s newspapers and often the impact of a rival’s investigation can be limited by the other side simply ignoring it.

Veteran investigative hack Chris Masters’ view of time-poor journalists struggling to keep up is a popular perception about modern journalism. And yet new research — an analysis of Walkley Award entries combined with other sources (including interviews with media experts, detailed analysis of broadsheet news pages over five decades and a snapshot of Australian news websites) — supports a contrary view: there is more print investigative journalism now than ever before.

This was unexpected. Newspaper circulations and profits reached their zenith in the late 1970s and early ’80s. It seemed reasonable to assume the volume of broadsheet investigative journalism would also peak during this period when advertising streams were so healthy they were branded the “rivers of gold”, and there were more daily mastheads in circulation. In fact, the different data sets independently showed the number of investigative stories continued to rise from the 1950s with each successive decade through to 2010.

And yet, perceptions about a decline in the quality and number of investigative stories in today’s editions were not supported by the research. The quality of that journalism, a difficult thing to measure, was assessed via a sliding scale of “qualitative features” within investigative stories. It revealed changes, but not a fall in reporting standards as the rhetoric would otherwise suggest. For example, in the 2000s there were fewer story series than in previous decades, and fewer stories that spoke for defenceless individuals (which perhaps more readily engage readers) as opposed to stories about the wrongdoings of public institutions.

A 10-point definition was used to distinguish genuine investigative journalism from daily news reporting. These factors reflected arguments in the scholarly literature about what is investigative reporting, with a story considered to be investigative if six of those specific categories were present. Using these markers, the research did reveal a greater preponderance in the 1980s of investigative reporting that ticked the most among the 10 boxes. But overall, there were fewer investigative stories in that decade than in the decades that followed.

The high number of top-quality investigative stories in the ’80s occurred because these stories not only embodied the six mandatory features of the definition used to classify investigative reporting, but also displayed other elements of the genre such as “uncovering a supressed truth in the public interest”, “identifying victims from villains’ or uncovering “a breach of public trust”. Journalism from this era was also most likely to investigate stories where “a moral standard was implied”.

The editor of Britain’s Guardian, Alan Rusbridger, has said that not all revelations or “truths” are worth pursuing, and particularly not in the name of the “public interest”. He argued the “quality” of the target of a story and its relationship to the public interest distinguished quality investigative reporting from mere smear or exposure journalism:

“What’s the public interest in a cricketer having a love romp in a hotel room …? But if elected representatives are arguing a case in Parliament but not revealing that they are being paid to do so, then that strikes at the heart of democracy.”

Rusbridger makes an important distinction. It was found that today’s editors eagerly defend a story as being “in the public interest” and label it “exclusive” or “investigative” when the research showed that often the story was neither. These labels, in fact, tended to be overused and applied regularly to articles that were not investigative journalism, and sometimes not “in the public interest” but rather “interesting to the public”. 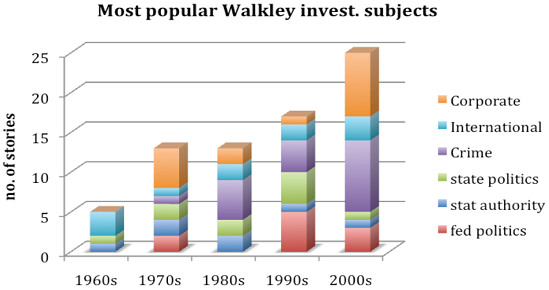 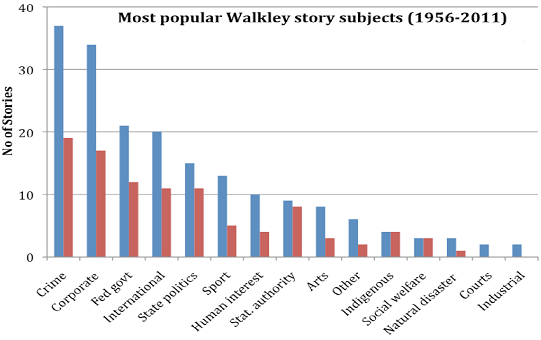 The finding suggests readers are being bombarded with these tags and have possibly become immune to the special nature of investigative reporting, which unlike everyday news stories, necessarily takes time and resourcefulness. This might also help explain general perceptions that there is less investigative reporting now than in the past, because audiences may not be appreciating authentic investigative journalism and are failing to discern between that and over-hyped sensationalism. This, in turn, dilutes the impact of investigative stories.

But editors have been prepared to adjust their resources to protect investigative journalism from general cost cutting. According to the founder of the National Times, Vic Carroll: “Print publishers have apparently realised their future depends to some extent on investigative or explainer journalism.” The research showed editors were able to fund investigative journalism through greater syndication of their watchdog reporting, and by narrowing the range of subjects of their investigations. This led to more local investigations (with lighter travel costs), and a surge in crime investigative stories (perennially popular with readers).

A key finding from the 2000s was that the Australian Financial Review (a tabloid financial daily) did as much investigative reporting as its Fairfax stablemates The Age and Sydney Morning Herald. Most of the AFR‘s stories were political or corporate sector investigations. Otherwise, the scrutiny of corporate power was generally lacking in broadsheets during the 2000s. Jennifer Kitchener, Brian Toohey, Trevor Sykes and Graeme Turner have all previously criticised the Australian press for its lack of critical reporting of big business, particularly in the lead-up to the 1987 stockmarket crash.

This finding of an apparent lack of zeal in scrutinising business resonates because the 2000s was the decade of the global financial crisis. The ABC’s Media Watch host Jonathan Holmes observed that this lack of adequate scrutiny was also the case for journalism generally in earlier decades such as the 1990s: “The big bank collapses that happened in Victoria and South Australia went largely unnoticed and were not exposed by anyone’s journalism as they should have been.” In Holmes’ view — with some exceptions such as journalist Paul Barry’s exposé of the dubious dealings of billionaire Alan Bond — the 1990s was not investigative journalism’s finest decade for investigating the corporate sector.

In other areas, broadsheet editors were able to adapt their investigative efforts creatively, targeting crime and public figure corruption. On top of this, in-house and cross-media collaborations between media institutions as a means to fund and deliver investigative journalism are a new and expanding phenomenon. Fairfax journalists partnered with the national broadcaster, and more informally with WikiLeaks, to print investigative stories in the public interest.

This trend was also apparent among online news gatherers. Although producing less investigative reports than traditional media, some of Australia’s online news organisations collaborated with non-journalists, such as academics, to produce original investigative journalism.

If one journalist interviews another journo instead of an expert, is that really journalism?

The increasing churnalism to be found in Crikey is not encouraging of any view that investigative journalism is NOT dead.

The OZ media’s ethical failures include crude abuse and incitement to hatred on commercial radio talkback, while among other mainstream media the failure of impartiality, failure of contextual accuracy, and the willingness to exploit rather than challenge debased public discourse.
The mainstream media’s tacit approval of vulgarity in the public debates has, in turn, magnified crudity in the social media and created an atmosphere in which even lower standards of public debate are tolerated.

The main stream media by commission or omission does not provide the public with relevant facts. There is no REAL NEWS service available anywhere in Australia. What we are getting is mostly OPINION, gossip, propaganda and spin sprinkled with a few news items.

NOTE: The weekly poll results reflect the somnambulist befuddled public’s profound ignorance. The media is to blame and should hang their head in shame. In my mind the incestuous Canberra press gallery lot especially is atrocious.

The question to ask the electorate:
Have Murdoch and his MSM/LNP/IPA co-conspirators made up your mind how to vote?

I would consider the current Labor government as incredibly incompetent by any measure. I have no assumption that the Liberals will be more competent its just a matter of how much incompetence can you handle.

It will take the Liberals a couple of years to stuff things up. However when Murdoch patronises us through the media he immediately drives the intelligent voter to the alternate party.

I’m not so confident that the general populus are intelligent or maybe only when an issue is at their own front door will they “vote”. They prove this daily by TV ratings, or what used to be called sport. Or maybe they are just all buggered and tired from day to day life!

However my only solution is to hope that an alternative party can make some influence on policy. I find the Greens have some reasonable policies but generally are immature and loopy and seem to have have no life experience people who have learnt that to survive you need some compromise.

Hi Harry,
Disenchanted are you? Embittered? Hate everything and everyone?
You said:
“It will take the Liberals a couple of years to stuff things up”.
Sorry mate, but they have been stuffing it up for a long time now, are doing it right now and will continue doing it in the future!
Looking forward to PM Abbott I take it? He is having a “stuff-up” virtually every day. Can you imagine someone like him (our poor Berlusconi imitation)on the international stage? A massive disaster! Yuk!
On the other hand Big Business, Big Mining, Big Media all love him. Why, you ask? He is doing what he is told! That’s why!