China is driving our economy, but will be ignored in the election

Treasury clearly needs to lift its game on China -- they got it wrong in May and may well be wrong again. 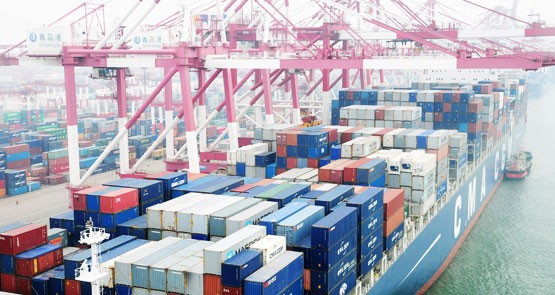 Kevin Rudd will miss the G20 summit in St Petersburg because of his September 7 poll — and the fragile state of the Australian economy is a factor in this decision.

The key reason for this that we are firmly on the other side of the peak of the unprecedented China resources boom. China will continue to want more commodities in toto than ever but the supply / demand equation is heading the other way with huge licks of new capacity — whose massive capital projects have helped drive Australia’s economy — coming online to drive down prices.

China is redoubling its production efforts in iron ore and coal. Mining companies have halted large projects and are now engaged in efficiency drives designed to keep decent margins as prices head south. That will be a race against time with the iron pricing looking to have topped out once more at about $130 (last week it fell or the first time in a month). Chinese steel mills have finished re-stocking and the seasonal turning-off of blast furnaces is upon us ahead of lower-construction winter months. The better analysts such as J Capital Research’s Tim Murray and UBS’ Glyn Lawcock agree that it will fall below $100 by next month, perhaps as low as $80 for high-cost junior miners. This is all bad news. The coal price has plummeted and will never return.

The Australian economy is “in transition” — a major theme of the Australian government statement — but  the Chinese economy is in the beginnings of its biggest overhaul since Deng Xiaoping threw off the shackles of agrarian-based communism more than three decades ago. His model worked brilliantly for a while, but always needed constant reform to keep the economy balanced and gradually reduce its reliance on cheap labour-based exports, government-funded infrastructure and a property boom fuelled by illegal land seizures that made government official richer and ordinary Chinese poorer.

The time to undertake the required transition — to a more sustainable domestic consumption-based model with less reliance of the state and its inefficient enterprises — was last decade. But the Hu Jintao-Wen Jiabao regime showed little stomach for reform, in part crippled by an internal lack of authority.

This failure was then compounded with the 4 trillion + yuan stimulus that held up growth and supercharged Australia’s mining boom. The stimulus only served to make the Chinese economy even more lopsided and debt-ridden as easy money available to local government created piles of IOUs, many for white elephant projects only accelerating their need for land seizures and bank loans. The breathtaking amounts of money poured into infrastructure assets, manufacturing and property was great for Australian miners but has created a situation where China now has massive overcapacity in every major sector. The chickens are starting to come home to roost. In steel it’s 30%, in semi-conductors as much as 70%, other sectors such as aluminium, smelting and solar panel manufacturing are somewhere between but it’s industry wide, J Capital’s Tim Murray says.

China did not just kick the can down the road, it increased the size of the can.

“Treasury clearly needs to lift its game on China — they got it wrong in May and may well be wrong again.”

While the federal government’s economic statement last week did finally right Treasury’s ludicrously bullish forecasts for China — 8% for next year has been cut to 7.25% for 2013 — is this finally accurate?

“More moderate growth is now expected for China, with authorities’ actions to address financial market risks and promote more sustainable growth expected to result in less accommodative credit conditions than assumed at budget,” the government’s statement says. “China’s medium term growth potential remains strong, with growing signs that the new government will make the necessary structural reforms to secure this  potential. Supported by a modest  pick-up in China’s exports to advanced economies, solid growth in China is forecast to underpin strengthening  growth among Australia’s major  trading partners in 2014 and 2015.”

Now this may well be the case, but it is the bull case — once more handing China’s policymakers credit in advance when their form over the past five years says otherwise. Granted, new Chinese Premier Li Keqianq heads a new but untested team.

Next year’s 7.5% growth forecast is at the very top end of estimates, many of which are now below 7%; beyond that it’s anybody’s guess — but the trend is down, not up.

Yet would Australia’s opposition do any better in understanding China (and indeed the rest of Asia) economically? The Coalition — Julie Bishop, Malcolm Turnbull and Andrew Robb aside — is weak on China. Tony Abbott has visited just once as Opposition Leader — in late July, his first visit since 2007. The recent trip was a whistle-stop visit to Beijing only, where he told the Chinese he really didn’t want any state-owned companies controlling Australian assets. This would have stopped over $6 billion in investment. His putative treasurer Joe Hockey claims not to trust Treasury, so on China he had a point. But Hockey has never been to China as shadow treasurer.

Treasury clearly needs to lift its game on China — they got it wrong in May and may well be wrong again.

Still, as noted above, it’s certainly not all bad for China and there are plenty of reasons not to panic. China’s economy is twice as big as it was seven years ago so growth of 7% now is the same as growth of 12% in 2000. There is still plenty of urbanisation to be carried out with about 50% of people living in agrarian poverty. Li Keqiang has said that the urbanisation of these people is a top priority but he needs to tread very carefully and make sure he does not put the cart before the horse or he will have an unprecedented urban slum problem.

So, the risks in China — and the region — continue to grow and are ever more relevant to Australia. During this election the Australian people need this to be explained to them by politicians on both sides who actually understand what’s going on. Right now you can probably count them on one hand.

Refreshing to see some sensible analysis of China for a change. Thanks Crikey and *do* keep MS on the payroll.
He’s always worth a read.