Tax hike: will smokers cough up or butt out?

Labor wants to jack up the tax on cigarettes. Crikey intern Henry Belot investigates whether that will really cut smoking rates, or if it's a cash grab. 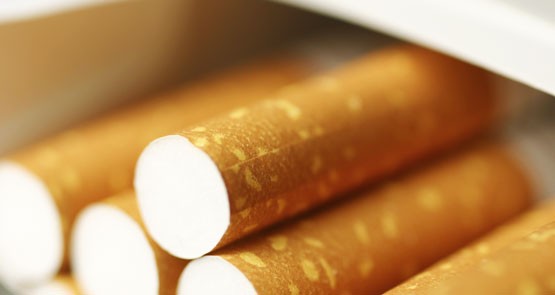 The Rudd government today outlined its plan to cumulatively increase the levy on tobacco by 60%. While it’s being sold as a health measure, critics are painting it as revenue raising — to the tune of a cool $5.3 billion — that will not greatly affect smoking rates. Which is correct?

British American Tobacco spokesman Scott McIntyre says the measure is pure revenue raising, telling Crikey: “There are over 3 million poor, old smokers out there who will have to pay for the government’s financial mismanagement”.

“We all know that everyone is feeling the pinch, and these 3 million-plus smokers will be sure to remember this price increase every time they pull out a cigarette in the lead-up to the election,” he added.

Crikey looked at the research on the impact of price rises on Australia’s smoking rates. In a 2011 study published by the Medical Journal of Australia, Sally Dunlop of Sydney University and Trish Cotter of the Cancer Institute of New South Wales concluded the Rudd government’s tax increase of 25% in April 2010 correlated with an immediate drop in the rate of smoking among adults.

Research reveals a tangible link between the increased price of cigarettes and the consumption rate of tobacco dating back to at least 1972, according to data compiled by the Australian Bureau of Statistics in 2012 and Australian tobacco researcher Michelle Scollo.

One graph, taken from the Tobacco in Australia website, illustrates this trend existed in Australia long before the introduction of plain packaging legislation and the prevalence of more recent anti-smoking campaigns …

Another interesting issue is how Australia compares with other developed countries on cigarette taxes. Australia may lead the world with pioneering plain packaging legislation and anti-smoking advertising, but our tax rate currently accounts for 61.3% of the final price of a typical pack of cigarettes according to 2012 Treasury statistics. This means that Australia is falling short of the World Health Organisation’s benchmark that cigarettes be taxed at 70%. Australia’s tax rate is less than the 72.27% in New Zealand, and well short of the 79.89% in France or 79.16% in Spain … 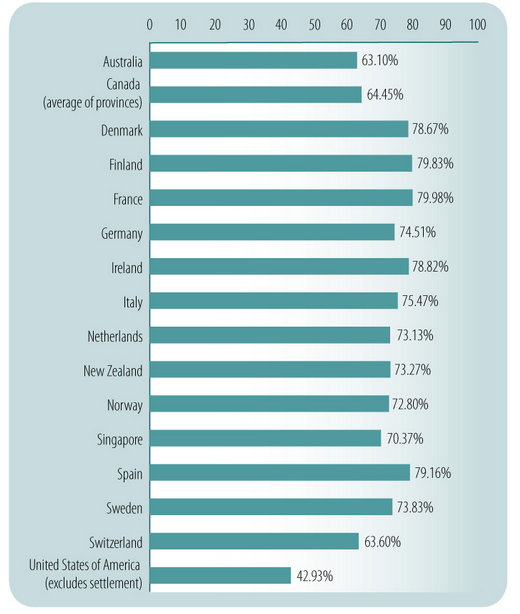 Rob Moodie, a professor of global health at the University of Melbourne and a former CEO of Vic Health, told Crikey the correlation between price increases and declining rates of smoking was an international trend recognised by the World Bank, the WHO, and all major health institutions worldwide.

Moodie says poorer individuals are more inclined to quit smoking following a price rise in tobacco. “Evidence tells us that if we increase the cost of a packet of cigarettes by a dollar you get different results across varying sectors of the community. In the lower social-economic bracket there is a 2.6% drop in the prevalence of smoking, while in the medium to high groupings there is a 0.2 to 0.3% drop,” he said.

Becky Freeman, a public health researcher at Sydney University, told Crikey the tax increases are easily the most effective tool in the fight against smoking. “Every time Australia has increased the price of cigarettes we have experienced the sharpest decline in smoking rates,” said Freeman. “For every 10% increase in the price of a cigarette you get a 4% reduction in consumption.”

That’s supported by the CEO of Cancer Council Australia, Professor Ian Olver, who says the tax increases of 2010 drove down tobacco consumption by around 11%.

But that didn’t stop shadow treasurer Joe Hockey telling ABC radio yesterday that the government’s announcement was “not motivated by better health policies — it is solely about fixing the budget crisis”. And IPA stalwart Simon Breheny, editor of the organisation’s Freedomwatch website and director of the Legal Rights Project, says the tax hike is a “naked cash grab … IPA research shows that nanny state taxes impact the poor more than the wealthy”.

Whatever the government’s motivation, the evidence suggests a positive health benefit.

Hollywood fad, or tobacco habits vapourised? The rise of e-cigarettes

Anti-cigarette measures up in smoke

Sadly, the Libs will never use such hard data, when they rely so heavily on the tobacco lobby for funding.

How touching to learn of British American Tobacco spokesman, Scott McIntyre’s, concern for poor elderly smokers. I’d remind him that his employer peddles an addictive substance which created the hapless three million puffers.

If cigarettes were $30 per pack it’s unlikely young people would be able to afford them and Big Tobacco’s favourite demographic would almost disappear.

Scott McIntyre is obviously keen to help the Govt save a fortune. By reducing the numbers of old smokers.

In the absence of First Dog, S McIntyre is likely to become the butt of today’s jokes .