Empowering indigenous Australians to take charge of their own healthcare proved more successful than epidemiologist and public health advocate Fiona Stanley ever imagined. She writes in the latest GriffithREVIEW. 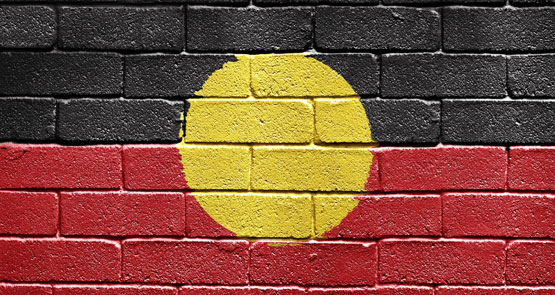 When Noel Pearson launched The Quiet Revolution, the book of Marcia Langton’s 2012 ABC Boyer Lectures, he had the audience in the palm of his hand for almost an hour. Pearson spoke quietly and clearly about pathways to being “bourgeois”, as he called himself. “Why can’t Australians be proud of us being middle class? Why can’t non-Aboriginal folk in Australia support us in our quest to be part of an elite, to own our own homes and participate in the Australian economic and social fabric?” he asked.

It was a great talk that explored the creation of an Aboriginal and Torres Strait Islander middle class. Even if you heard the lectures, read the essays — the power of the words on the page put paid to the simplistic criticism that they were just a defence of the mining industry. This is a part of a much bigger project, a transformation, that for the first time means First Nations people are being trained and employed in all areas of the Australian workforce. And doing so in ways that retain and share their culture with others.

Both Noel Pearson and Marcia Langton are unapologetically part of the Aboriginal elite. Like W.E.B. Du Bois in the US a century ago, their cool analysis and forthright advocacy discomforts those with a rusted frame for thinking about First Nations people, one that consigns them to intergenerational underachievement.

Du Bois believed that the top 10% of any culture or population group is the vanguard that brings others along and around them. Born in 1868, three years after the end of the American Civil War, Du Bois was the first African-American to receive a doctorate from Harvard (and also later from Berlin) and one of America’s first sociologists to use large social surveys to examine the circumstances of people living in disadvantaged urban areas. His idea of the “talented tenth” was based on the notion that groups like the African-American population needed leaders with the very best education (his doctorate was in classics, philosophy and science) and this leadership would propel the success. He established the National Association for the Advancement of Colored People in America, but left his homeland as a result of the Joseph McCarthy witch-hunts and died, at 95, in Ghana, a few days before Martin Luther King Jr gave his “I have a dream” speech. He was enormously influential in fighting for full civil rights in America but earned the enmity of radicals who favoured more direct action.

Langton’s essays are as bold, and potentially transformative, as Du Bois’ writings were a century ago. She writes:

“Indigenous participation in education systems and the economy are the main pathways out of the miserable conditions that produce ongoing disadvantage and reduce Aboriginal capacity to enjoy their rights as first Australians and citizens of one of the richest nations on earth.”

Well, they could be transformative if non-Aboriginal Australians really heard the messages on these issues. As she writes:

“The majority of Australians have remained ignorant of the reasons for the high levels of disadvantage that Indigenous people face, both because the reasons are complex, and because there is a wealth of misinformation as well as irrational belief about Aboriginal people in circulation.”

Langton is not party political, and she believes that these issues should not be politically divisive and “the truth is always much more complicated than the policy positions of governments, parties and campaign offices would have us believe”.

At the Telethon Institute for Child Health Research we made a commitment to employing and training as many First Nations researchers as we could, with the aim of giving the Aboriginal research agenda to them. Well-respected, nationally recognised elder Ted Wilkes put it simply:

“Who knows and cares most about Aboriginal health? We do. So give us the funding and the knowledge and partner with us to enable us to be responsible for our own health and wellbeing.”

It was clear he understood the social determinants of health better than anyone, so we concentrated on changing the culture within the institute to enable Aboriginal leadership to grow.

“Engaging Aboriginal people in the development of programs and methods results in them getting exactly the services they need, in their environments and for their unique circumstances.”

Sandra Eades joined the Institute as a PhD student in the mid-1990s, where she became one of the first First Nations people to secure a National Health and Medical Research Council (NHMRC) grant as leading chief investigator. She employed an outstanding group of Aboriginal health workers as research assistants to conduct a longitudinal study of first-time Aboriginal mums and their babies in urban Perth. This group of researchers proved  Wilkes’ approach.

The study successfully enrolled the mothers, and the institute was able to follow their babies in ways that would not otherwise have been possible. It was a true partnership between those with different types of knowledge. Its success convinced the institute that employing and training First Nations researchers and using their methods was essential for the success of the research agenda. All these health workers-turned-researchers had been trained by another pioneering First Nations Westen Australian health professional, Dr Joan Winch, who set up Marr Mooditj, the first Aboriginal health worker training program in Australia.

Eades had a huge influence on the NHMRC with her roadmap for supporting Aboriginal health research. One brilliant idea from that and other public health strategic planning was Capacity Building Grants to redress this neglected area. In 2005, the Institute won the first such grant in Aboriginal health, with a team of 10 Aboriginal investigators: Michael Wright, Ted Wilkes, Helen Milroy, Sandra Eades, Ngiare Brown, Juli Coffin, Dawn Bessarab, Jan Hammill, Cheryl Kickett-Tucker and Glenn Pearson. Over the five years of the grant most completed their PhDs and all have become leaders. A group of them, plus Pat Dudgeon and Rhonda Marriott, formed the group of eight chief investigators who subsequently secured NHMRC support for a Centre of Research Excellence in Aboriginal Health and Wellbeing: From Marginalised to Empowered.

I recall helping to write this grant only to have it totally rewritten by the Aboriginal chief investigators. They were committed to a different paradigm of research methodology than mine. They wanted to conduct their own research projects with full engagement with Aboriginal community groups, shifting the power for participation at every stage — from the planning through to data collection, interpretation and implementation. I had instead written a good NHMRC quantitative application hoping that once we got the grant we could incorporate these more qualitative approaches.

I warned that NHMRC was not ready for such a radical proposal. I was wrong. The whoops of joy when they succeeded raised the roof.

There are two major changes in this approach — the first is to truly engage with the people who are the intended recipients of the services that are needed. This demands familiarity with a well-developed, internationally accepted set of methods known as ‘community participation action research’. There are well-established ways to do this, which have been used with the “Untouchables” (Dalits) in India and the First Nations in Nunavut (Canada). As a result, service delivery has been revolutionised.

It is not rocket science, but grounded in a self-evident truth: most of us only use the services we trust, that we feel we have some control over and that benefit our families and ourselves.

Aboriginal people in this country have little experience of exercising such a fundamental power over the services deemed appropriate for them. For many decades these services have been shaped by distant experts who thought they knew best.

Engaging Aboriginal people in the development of programs and methods results in them getting exactly the services they need, in their environments and for their unique circumstances. It also provides jobs, an additional advantage to them, which adds to the efficacy of the services. Aboriginal people will travel across the metropolitan area to attend an Aboriginal-controlled service. This means that while the overarching principles of services can be developed centrally by government agencies — for example, early childhood learning is good for children to be ready for school, or complete vaccination prevents childhood infections, or sugary foods and drinks should be avoided to prevent type 2 diabetes — the way that these services are implemented should be done in collaboration with those who will be affected, the people themselves. Otherwise they simply do not work. *This is an edited extract from essay “On the ground: Key to successful policy outcomes” in GriffithREVIEW 41, available now.

‘Malignant grief’: doctor speaks about his battle against indigenous suicide

“…the way that these services are implemented should be done in collaboration with those who will be affected, the people themselves. Otherwise they simply do not work.” Canberra, please take note.