Akbar v the drones: the Pakistani lawyer taking the US to court

Pakistani barrister Shahzad Akbar is seeking retribution from the US over its drone war in his country. During his visit to Australia he spoke to Crikey about giving a voice to the voiceless. 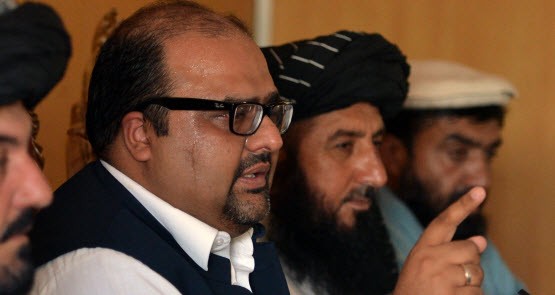 Shahzad Akbar (pictured) sees it as his mission to deliver the news of the United States’ covert drone war to the outside world. In Australia for a series of lectures and appearances, the Pakistani barrister and legal director of the Foundation for Fundamental Rights is representing the victims of drone attacks in Waziristan, the north-west region of Pakistan being pelted by unmanned bombers in the hunt for enemy operatives.

With Waziristan cut off from the rest of the country, Akbar’s clients meet with him and his investigators in Islamabad and Peshawar to piece together an account of the cost of drone warfare to civilians living in the region.

“It’s a very abnormal life at the moment because the area is literally cordoned off by the Pakistan military,” he told Crikey this week. “On top of that, they’re living under constant surveillance from the drones.” He continued:

“In some of the concentrated areas of attack, people limit their movements because of the fear of being killed or maimed. They don’t go out in bigger groups because they don’t dare go out in groups of more than three or four. They don’t go out to weddings, mosques, they don’t send their kids to school any more because of the fear of drones. Our clients bring us information on the attack itself, on who died, what areas have been attacked, on the destruction of their home. We have a questionnaire which asks them how many people died, who was killed, who was injured, the site of the attack, to try to get a specific description of the whole event.”

After meeting with survivors and next-of-kin, Akbar is at pains to substantiate their testimony with as much hard evidence as possible when dealing with a region with often limited record-keeping.

“The process normally takes from three to four months for every client,” he explained. “The background is checked by different sources. For example, if someone comes to us from a tribal background, we check what tribe he’s from so we can talk with tribal elders. If someone is or was a government employee — we have a lot of people who’ve been employed as teachers — we try to get as much information as possible from official records.

“Sometimes if someone has been drawing a pension we find mention of that in a government document that they have died in a drone attack. We try to get to a point where everything is documented and we have as complete a record as possible.”

Somewhat surprisingly, Akbar says his work hasn’t made him angry at America. “It’s a matter of being critical, of investigating the war on terror in Afghanistan and Pakistan and challenging the axis of power,” he said. “If you are the most powerful nation on earth and a nation that claims to represent due process and rule of law, then you can just go around the world killing people without due process just because it’s too easy.”

And he doesn’t absolve elements within Pakistan of responsibility for the attacks. “The government, security forces, the Taliban, the military — they all hold responsibility either for their action or their lack of action,” he said.

He describes his Australian experience, including an appearance on the ABC’s Q&A program this week, as “wonderful” — “Australians have a strong commitment to human rights, without actually knowing that they are participating in a war by drone”.

In one biography he states that in his spare time he likes to “cook, sin, read and daydream”. “It’s right that it’s sin, but it depends on the context,” he said. “If someone wants to prosecute me, then no. But otherwise, I’m a sinner at heart.”

A sinner by some people’s definition, perhaps. But on the issue of drone warfare, Akbar might be fighting on the side of the angels.

It’s hard not to admire a person who likes to “cook, sin, read and daydream”.
Humanity and humour, shining through all that sadness.

Conventional warfare has similar problems with civilians, but the big difference with insurgency is that the other side doesn’t wear uniforms, which obviously makes it much harder to see who the enemy is and who the potential collateral damage is. What is more, conventional forces will sometimes try to keep themselves as separate from civilians as possible so as not to attract enemy fire onto them; something insurgents do not do.

During WW2, my own father, who was an artillery fire direction officer commented how different desert warfare was, where there were virtually no civilians and the fighting in Italy, where the Germans would routinely use civilian infrastructure as defensive redoubts. And artillery fire had nowhere near the accuracy of a drone missile. So there was always a high chance of casualties amongst civilians who could or would not leave the battle zone.

It seems to me that some lawyers have a misplaced idea of what their role is in a war zone. How would the good Akbar know who and what he was talking to; Taliban, one of their sympathizers or just some wretch who was in the wrong place at the wrong time? And who is going to go into Waziristan to double check his facts, or even find out who the man really is an who he is really representing?

And it seems to me that the people who bear responsibility for the civilian casualties in Waziristan are those who mingle with and use civilian populations as a fighting tool without giving them any option but to co-operate. You can’t say no to the Taliban unless extremely well armed and with a lot of ready back up. They are much worse than the mafia.

If a couple of Taliban heavies want dinner at your place, you say yes. And if the sods are being tracked to your house by US intelligence and they hit the place, whose fault is that? C’est la guerre…

You don’t like war. You think it is cruel and horrible. Talk to the Taliban. I’m sure they will be very sympathetic.

Oh, it’s not the fault of the Americans who are using drone surveillance and drone bombers to watch over and kill indiscriminately. It’s the fault of the poor people living under the drones who won’t buy shiny uniforms. They’re somehow “using” the population for their own “evil” ends.

Sheesh! The excuses get even more transparent.

How about we stop participating in this slaughter? Maybe then we’ll prevent even more traumatized people from joining the ranks of the latest “enemy” of the USA.

I must say Zeke, when I listen to what you have to say, I can really understand the Taliban contempt for the degenerate mush that passes for moral discourse in the west. They maybe mortal enemies, but you have to respect the Taliban’s clarity. They know who their enemies are and have no trouble killing them, and causing as much ‘collateral damage’ as they can while they are about it. No problem with ‘innocent bystanders’ as far as they concerned. They are very disciplined, prepared to take very heavy casualties if necessary, including suicide attacks and all unclouded with the slightest moral scruple about what they are doing. Compare and contrast with where you are at Zeke; an ideological and military loser.

Such a clear sighted chap as Chris “c’est la guerre” Nagle might like to consider the beancounter bottom line.
If a fraction of the money spent on blowing up baluchii brigands were spent on education on their children (and maybe even the children of the braindead bigots controlling the drones)it would be flowers & magic ponies for all.
Or at least less blood but hey, US economic recovery requires vast continuing subsidies & kickbacks to the industrial/ military complex. (historical note – the phrase in Ike’s original draft was “bureaucratic/industrial/complex” but it was removed as “too clumsy” by…err… bureaucrats.)