As predicted by Crikey, the new editor-in-chief at The Sydney Morning Herald will be Darren Goodsir.

SMH‘s new boss. After the latest round of Fairfax-News musical chairs (Fairfax business honcho Brett Clegg headed to News Corp and was replaced by SMH editor-in-chief Sean Aylmer), The Sydney Morning Herald has announced who will now be sitting in the big chair. Crikey readers will not be surprised to learn the paper’s new editor will be former news director Darren Goodsir, as we reported on Thursday. The scuttlebutt in the newsroom is that Goodsir is well-liked and affable.

Another changing of the guard at Ten. More changes in the management stakes at Ten: the TV network has a new legal beagle, after losing the old one and one less senior executive reporting to the CEO. Ten this morning announced the appointment of Stuart Thomas, formerly of Macquarie Radio Network, as general counsel, effective from August 8. Ten also said chief operating officer Jon Marquard had resigned.

Marquard was more than Ten’s lawyer. The network’s website says he joined as commercial director in November 2011 and was appointed chief operating officer in March 2012. He was known by Ten chairman Lachlan Murdoch and joined Ten roughly about the time Murdoch became a shareholder in late 2011, appointed COO about a month after Murdoch became Ten’s chairman in February 2012. Now Marquard has gone and there’s no COO. That leaves CEO Hamish McLennan and his effective number two, Russel Howcroft, who is in Melbourne and is executive general manager, in charge of the network stations outside of Sydney. So how much time will Howcroft have for the Gruen Planet and Gruen Nation on ABC1? — Glenn Dyer

In the shadows. We’re wondering how this correction in The Sydney Morning Herald came to be. Did the judge say something that sounded like “shadow director”? Did someone else say those words? Was there an SMH scribe present in the courtroom? 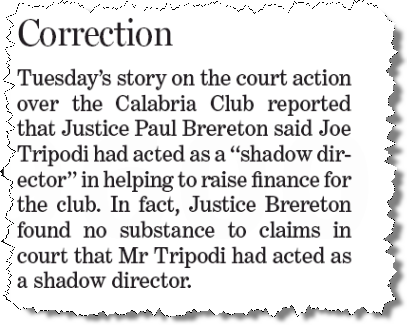 Video of the day. You know who is very concerned about obesity and not consuming a lot of sugar? The good folks at Coca-Cola, who have launched a video campaign saying as much. The video says Coke is “working to increase the availability of smaller packs” — i.e., packs with less sugary Coke in them. 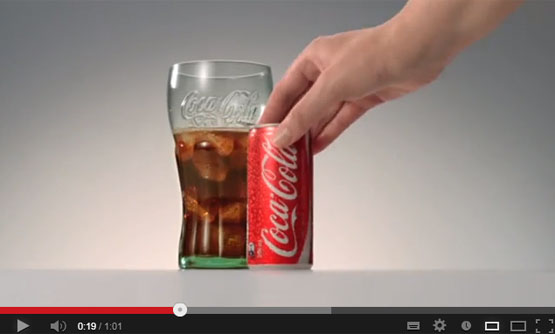 Front page of the day. Power plants and fighter planes and the Loch Ness Monster, oh my! 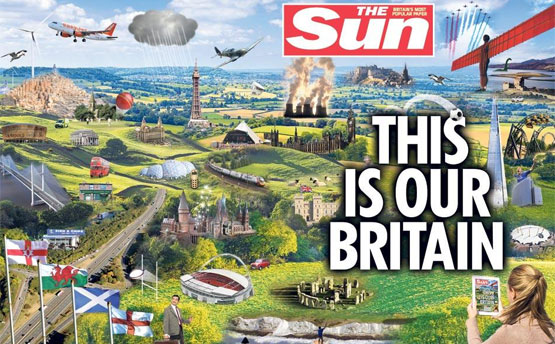 In something that gives new meaning to ‘the terrible 2s’, McDonalds and Coke have teamed up for a new promotion: customers who purchase any large extra-value meal at McDonalds get a free Coca-Cola glass. (As a promotion, this one ticks all the boxes: glasses come in several different colours and they ‘won’t be around for long’.)