There's a stench around Labor -- in NSW at least -- as ICAC hands down its findings on the Obeid affair. Criminal charges have been recommended against the men who ran the state like a private club. 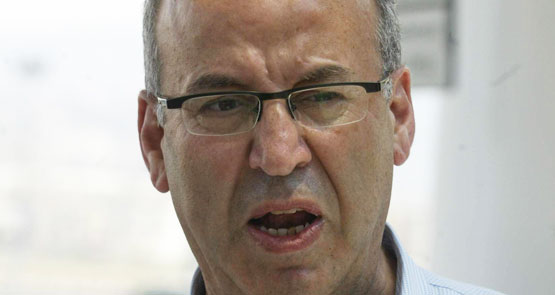 Although widely anticipated, today is a very black day for the Australian Labor Party.

A report from the New South Wales corruption watchdog, the Independent Commission Against Corruption, handed down in Sydney this morning has recommended two senior ALP figures and a family member be charged with criminal conduct. It brings to a climax a seven-month investigation into the actions of Labor powerbroker Eddie Obeid, his son Moses, and former state mining minister Ian Macdonald.

Prime Minister Kevin Rudd has already moved to distance himself from the findings, telling reporters before the report was handed down he was “disgusted” by the evidence that he had heard from the inquiry. He has made sweeping changes to party rules which he hopes will stamp out such conduct.

The ICAC report recommends action by the NSW Department of Public Prosecutions, the NSW Crime Commission, the Australian Taxation Office, the Australian Securities and Investments Commission and the Australian Stock Exchange. This is surely the greatest boost to the legal profession since the Wood Royal Commission, and will lead to much rejoicing on Philip Street, the heartland of Sydney’s legal fraternity.

Back in February, counsel assisting Geoffrey Watson SC said that ICAC was investigating “corruption on a scale probably unexceeded since the days of the Rum Corp”. Later, he told Eddie Obeid, the so-called “godfather” of the dominant Labor faction (i.e. the NSW Right) that “I’m going to submit that you engaged in a criminal conspiracy … with Ian Macdonald and with members of your family and the design was to effect a fraud on the people of NSW”.

It will now be up to NSW Director of Public Prosecutions to decide whether there is enough evidence to lay criminal charges against various witnesses to the three inquiries. Whatever happens, the release of the report so close to the federal election is bad news for Labor. Obeid and his henchmen — motto “whatever it takes” — ran the state like a private club, and may have poisoned the Labor brand so profoundly that the next NSW Labor premier would be in high school now.

In addition, the report says that it has furnished evidence of the “financial benefits accrued to the Obeid family as a result of the corrupt conduct” to the NSW Crime Commission, and also disseminated relevant information to the Tax Office. If the Obeids are the subject of a successful criminal prosecution, then the NSW Crime Commission can seize the proceeds of crime, with a Tax Office investigation as the coup de grace.

Today’s ICAC report is in three parts, relating to three separate inquiries. The fourth inquiry, covering the grant of a mining licence to former union official John Maitland, will be released later next month.

“Obeid and his henchmen … may have poisoned the Labor brand so profoundly that the next NSW Labor premier would be in high school now.”

The most important inquiry relates to the granting of coal exploration leases in the Hunter Valley in NSW which benefitted the Obeids to the tune of $30 million, with the possibility of earning at least another $70 million. Firstly, the Obeid family trust, set up for the benefit of Eddie and his nine children, bought rural land in the area before coal licences were put out to tender. Then, ICAC found, he organised for his friend and political buddy, Ian Macdonald, to issue coal exploration licences over much of the land, vastly increasing its value.

A company called Cascade Coal, owned by several of the country’s wealthiest businessmen, was awarded licences in the area. What was not publicly known was the fact that the Obeids owned a 25% stake in the company, disguised through a series of trusts.

The ICAC report finds that Macdonald’s conduct in entering into the agreement with Obeids senior and junior, and providing them with confidential information (when and where the licences would be granted), was acting contrary to his public duty as a Minister of the Crown. In return, the Obeids had also engaged in corrupt conduct by entering into these agreements.

The shareholders of Cascade Coal — Travers Duncan, John McGuigan, John Atkinson, John Kinghorn and Richard Poole — have also been the subject of adverse findings. The report finds that they engaged in corrupt conduct by taking steps to conceal the Obeid involvement in the Mt Penny coal tenement.

Today’s report also made a finding of corruption against Moses Obeid in relation to an $11,000 discount on a car provided to former NSW treasurer Eric Roozendaal. It found that Moses Obeid procured the car as an inducement for the politician “to show favour to Obeid family interests in the exercise of his public official functions”. However, it made no finding of corruption against Roozendaal.

The third inquiry, which was also the most colourful, involved Ian Macdonald spending the night in a five star hotel in Sydney with a s-x worker called Tiffanie. ICAC has found that Macdonald acted corruptly by exercising his ministerial influence to arrange a meeting between businessman and murder suspect Ron Medich and an executive of a state-owned energy company, and being rewarded with the provision of a hotel room and Tiffanie’s fragrant services, which Medich paid for.

In the witness box, Macdonald, who does have an extremely thick neck, said that he had merely booked Tiffanie for a neck massage.

As Crikey reached deadline today, no response had been received from Premier Barry O’Farrell, but this must be one of the best days of his life.

‘I think I can help you with that’: Obeid pulling the NSW strings

Corrupted by cheap cars? NSW Labor men in the dock for day of reckoning

What ICAC ruling was there against Labor? Disgusting, sensationalist headline.

NSW voters are bored to death with ICAC & the findings only confirm what everyone knew months ago, all that’s left is for the media to flog a dead horse.

Let’s watch them wriggle for a little longer, but my feeling is the protagonists’ll be off the hook before long. Money talks.

O’Farrell was probably “Out to Lunch”?
At last, someone to out-Askin Askin, and Bjelke-Petersen next door?

Most political parties have had members who’s main intention was to line their pockets or gain inappropriate power or both. This time it is the turn of several obnoxious members of NSW Labor.
Will it affect the vote in the Federal election, most unlikely. The locals quite rightly vented their wrath at the State election and will now focus on more important issues like which party will put the biggest amount in their hip pockets.