You better be careful blowing the whistle — new laws have holes

New legislation makes it safer for good citizens to blow the whistle on corruption. But there are plenty of traps for inexperienced players, writes former whistleblower Brendan Jones. 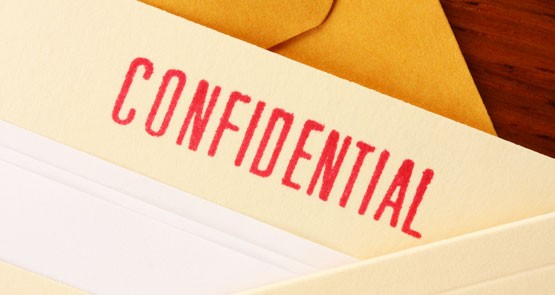 With the passage of the Commonwealth’s Public Interest Disclosure Act you would think the golden age of whistleblowing has arrived. The Public Sector Union went so far as encouraging its members: “Anyone working in government who is witness to, or has information about corruption or maladministration can now make a disclosure without fear of reprisals. These new laws will protect them from payback.”

That’s not true. The new law is better than what we had, which was nothing. But it still has serious loopholes. It’s reckless to encourage whistleblowers without warning them of the dangers.

The biggest failing of the new laws is that agencies will still investigate their own complaints. No minister wants to front a press conference on corruption in their department. An internal complaint unit can make the whole thing go away by tipping off the perpetrator and terrorising the whistleblower. The government can sit on a complaint indefinitely during which time the whistleblower is vulnerable to retribution and cannot talk to the media.

The new laws will be overseen by the Commonwealth Ombudsman. Although the Ombudsman’s office presents itself as a powerful oversight agency, whistleblowers find it a craven organisation reluctant to use the powers it already has. Janice Weightman, who blew the whistle on forged Defence security clearances, told The Courier-Mail:

“Five of us went to the Ombudsman but didn’t get anywhere. They put it in the too-hard basket. We were given the impression that no one wins against Defence; they are too big and too powerful.”

The Ombudsman will make any excuse not to get involved. If those excuses are put under the spotlight and found wanting, they respond along the lines of: “As a matter of courtesy, I need to advise you that any further correspondence about the issues already investigated will be read and filed but not responded to.”

“The safest course of action for a whistleblower remains not make the complaint in the first place.”

Under the new laws, reprisals against whistleblowers are punishable by up to two years imprisonment, but as the CSIRO did when it sacked three whistleblowers, employers can claim the sackings are coincidental. Further, this would be enforced by the AFP who have been shown to be reluctant to uphold existing laws against crime within the public service. The AFP can sit on crime reports for years and if pressed, refuse to act. As one whistleblower told The Age:

“It was always ‘Yeah, we’re working on something else’ or ‘I’m overseas, we’ll get back to you’. And it sort of petered out after four or five months to no contact at all.”

The laws allow a whistleblower to go to the media if an investigation is “inadequate”, but this is vaguely defined. If the courts later disagree, the whistleblower could find themselves imprisoned or with a criminal record like fellow whistleblower Allan Kessing.

The new laws allow whistleblowers who suffer harm to sue for damages. When they do they will discover government lawyers make money not by quietly settling cases, but by escalating them. The Model Litigant Policy should stop this. It requires government lawyers to offer alternative dispute resolution and keep costs to a minimum. But government lawyers have been breaking this law for years. The government has the power to stop them, but doesn’t.

You may have heard of million-dollar “punitive damages” that courts occasionally award to punish an egregious offender and discourage repeat behaviour. Not so the new whistleblower laws which exclude punitive and exemplary damages. Instead, the whistleblower is only entitled to damages “to put them back in the position they would have been in”, and they still risk being held liable for costs. The safest course of action for a whistleblower remains not make the complaint in the first place. The new laws won’t protect whistleblowers reporting corruption by politicians.

Whistleblowers need to understand what they’re getting into. Their complaint will not be quietly resolved in a few weeks. It will drag on for years. It will cost them their job, their life savings and often their family. Their colleagues will turn on them. They will find it difficult to get another job; no one wants to work alongside a whistleblower. Some commit suicide. Civil rights lawyers and investigative journalists will not support them. Most lawyers will refuse to represent them. The opposition won’t help; it dislikes whistleblowers for the same reasons as the government. The public will not thank them. The public won’t even know their name.

The only thing worse than a corrupt society is one that harms the only people brave enough to report it.

*Brendan Jones is a military software engineer and Defence whistleblower

UPDATE. Attorney-General Mark Dreyfus issued the following statement to Crikey in relation to this story.

In relation to  ‘You better be careful blowing the whistle – new laws have holes’, it is unquestionable that Commonwealth public-sector whistleblowers will have greater protection under the Government’s Public Interest Disclosure Act 2013 than prior to the commencement of the Act.    The Public Interest Disclosure Act provides a clear set of rules for agencies to respond to allegations of wrongdoing made by current and former public officials, and strengthens protections against victimisation and discrimination for those speaking out, including what Professor A.J. Brown, a leading expert on whistleblower laws, has called ‘international best practice’ in giving whistleblowers recourse through the Fair Work Act to seek remedies against their employer.

The Act strikes the right balance to achieve a comprehensive and effective framework to ensure that disclosures of wrongdoing are properly investigated and dealt with, and to ensure protection for public officials who make public interest disclosures. It will encourage a pro-disclosure culture, by facilitating disclosure and investigation of wrongdoing and maladministration in the Commonwealth public sector.   The passage of this legislation means that the Commonwealth will join the other Australian jurisdictions with dedicated legislation to facilitate the making of public interest disclosures and to protect those who make them.

To clarify some inaccuracies and omissions from Mr Jones’ article.

Parliament did some work this week: whistleblower bill a milestone

You make an excellent point. The fact that agencies still investigate their own complaints is the main reason whistleblowers will not be protected. There is a dire need for an external body, whether it is the Ombudsman or the APSC, or a new agency to handle whistleblower disclosures and investigations.

So absolutely true, and so sad.

When was the last time you saw any TV news program reporting about whistle blowers, who (a) had their life ruined, or (b) made a positive difference?

The Public Interest Disclosure Bill is only now (barely) acceptable because one of the Greens’ (three proposed) amendments was accepted at the 2nd Reading.
Dreyfus’ original recommendations, after 18+ months of bi-partisan & bureaucratic obfuscation was a backward step as it required anyone with legitimate concerns to first approach their line manager. As it usually those further up the food chain who are complicit that would be the best way to alert them. Only after 3 more such steps, up the chain of command (sic!)would there have been some slight justification for going public. Lotsa luck keeping your head by then.
Had the three Green amendments & those of Sen. Xenophon been accepted we would have had real protection for the whistleblower and immense benefit to the public interest.
Is a slice really better than no bread at all? Only to those starving for true accountability.

Thanks for your comments:

Linton Besser at Fairfax ran an investigative series about how internal complaints units and the AFP weren’t investigating public service crime. Public Service Minister Gary Gray dismissed Besser’s reports out of hand, and said “The Public Service Commissioner can also initiate an investigation into any matter relating to the APS.” I wrote to the PSC who wrote back denying it.

Jean Lennane of WBA says any Ombudsman officer who who makes life difficult for fellow bureaucrats risks their own career. Without support from the ministers down, it’s safest to look the other way. A WBA survey showed no whistleblowers found the Commonwealth Ombudsman helpful.

The AFP is so reluctant their Association wants US-style Fraud Laws which effectively outsource criminal investigations to private law-firms to pursue for profit. If the AFP were doing their job that wouldn’t be necessary.

The Commonwealth has no truth-seeking anti-corruption body like ICAC. Gray Gray claims one isn’t needed because the Ombudsman, PSC, etc. already provide oversight. Clearly, they don’t.

Superficially Australia looks like the US so you’d think we have the same free speech rights, so it comes as shock to people we don’t. Under the Public Figure Doctrine in the US if the press learns of corruption they can report it promptly. It’s not like that in Australia where journos must sit on stories, sometimes for years. Consider the press couldn’t report allegations that NSW Premier Robert Askin was corrupt until he was dead!

Giving the press Public Figure Doctrine protection in Australia would help. Gareth Evans sees problems with it, but the US Supreme Court points out what while free speech has its problems, not having it has even more problems. (Check out Chapter 17 of “Retreat from Injustice” by Nick O’Neill & the ANU’s Simon Rice).

True! A WBA survey showed: 90% of whistleblowers are fired, 20% have a relationship breakdown, 20% are sued for defamation, 9% go bankrupt and 6% commit suicide. Anyone thinking about whistleblowing needs to where they’re likely to end.

The new laws are a start and might eventually morph into something useful, but as they are I wouldn’t recommend anyone use them.

Some things about the new laws are worse: Under Section 20 journalists now risk 6 months jail, and government lawyers might try and use the new laws to stop victims from suing for Common Law Misfeasance (a very good old law which the public can use to hold corrupt officials to account when their peers won’t).