Australian states are following the lead of foreign nations in legislation for same-sex marriage. But it creates a constitutional mess that might harm the cause of equal rights. 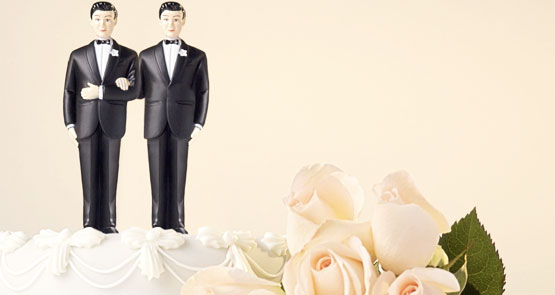 The tide of same-sex marriage continues to advance. Britain, Uruguay, Rhode Island, Minnesota, and now maybe New South Wales and the Australian Capital Territory. The Canberra Times reported yesterday that the ACT government “plans to introduce legislation into the ACT Legislative Assembly during the spring sittings”, two days after The Sydney Morning Herald had an “exclusive” story talking up the chances of a private member’s bill in NSW.

All good news for supporters of marriage equality (and I am certainly one). Or is it?

We’re used to reading about the American debate on the issue, where the battle over gay marriage has been very much a state-by-state affair. Counting the two that come into effect this week, 13 US states now recognise same-sex marriage, while 29 still have constitutional provisions forbidding it. So it might seem natural to move on the issue at state level here as well.

But there’s a fundamental difference: marriage in the US has always been a state responsibility; there is no federal power over marriage issues. In the Australian constitution there is: section 51, which lists the powers of the federal parliament, includes “marriage; divorce and matrimonial causes; and in relation thereto, parental rights, and the custody and guardianship of infants”.

And the federal parliament has used that power, enacting among other things the Marriage Act 1961 and the Family Law Act 1975. The first of those, as amended by the Howard government in 2004, explicitly rules out gay     marriage.

The argument in favour of state action rests on the fact that the powers in section 51 are not exclusive; the fact that the Commonwealth can legislate does not mean that the states can’t do so as well. But federal legislation takes priority. In the words of section 109, “a law of a state … inconsistent with a law of the Commonwealth … shall, to the extent of the inconsistency, be invalid”.

Anne Twomey set out the legal position very well last year, when Tasmania was contemplating such a step (it was ultimately defeated in the Legislative Council). Put briefly, the argument is that by deliberately confining itself to marriage of opposite-sex couples, the federal legislation has left open an opportunity for a state or territory to legislate specifically for same-sex marriage without conflicting with federal law.

My view is that this argument is too clever by half and would be given short shrift by the High Court. And from what she says I get a sense that Twomey feels the same way, even though (according to the SMH) the cross-party working group in NSW cites her in support of the bill’s chances.

But I could be wrong about this, so let’s leave aside the strict legal argument and look at the issue of principle here.

For a federal system to work, we have to have some reasonably clear division of responsibility between levels of government. A system where anyone can legislate about anything, and discontented lobbyists can “forum shop” until they find a level willing to take up their cause, isn’t a federation, it’s just a mess.

It’s a mess that we’ve gotten dangerously close to, although the cause is usually the reverse of the gay marriage case, namely the Commonwealth sticking its nose into things that it’s got no constitutional warrant for. The Victorian alpine grazing case was just one of many recent examples.

But it’s also typical of how the process works. We see a good cause — and I don’t dispute that protecting alpine grasslands, like same-sex marriage, is a good cause — and therefore don’t look too closely at the means being used to pursue it. The fact that serious damage is being done to our constitutional structure just fails to register. As I said three months ago, somehow we have to start getting away from this idea that ignoring sensible constitutional practice is wicked and dangerous when the other side does it, but nothing at all to worry about when it’s practised by people we agree with. Gay marriage would be as good a place as any to start.

Even if a state or territory law for gay marriage were to survive the inevitable legal challenge on what could only be described as a technicality, it would clearly be contradicting what the federal Parliament intended. And just as we don’t want states coming up with their own policies on the census, or quarantine, or currency, or postal services, or relations with the Pacific islands (all topics mentioned in section 51), the idea of competing state and federal systems of marriage and divorce is similarly absurd.

Even on the narrow ground of gay rights, it’s not clear that state initiatives would be a step forward. No one disputes that full equality will ultimately require federal legislation, and the current moves, by muddying the waters, may well set back that goal. Opponents of same-sex marriage will no longer appear as just defenders of bigotry, they can now pose as defenders of the constitution — as they did just last week in South Australia.

That’s a respectability we shouldn’t give them. For everyone’s sake, the states should just stay out of the marriage debate.

Most important legislation this year has nothing in it

Take the words “about anything” out of this line: A system where anyone can legislate about anything, and discontented lobbyists can “forum shop” until they find a level willing to take up their cause, isn’t a federation, it’s just a mess and you actually have the definition of a Federation.

The States are meant to “laboratories” for social experimentation. Otherwise what’s the point? If a single marriage act was so important then the Founders could have made it an exclusive power (like coining money or raising an army). The fact it took until 1961 for the Cth to legislate on Marriage shows it was in no rush to have uniformity on the issue**.

And why else would the Constitution (s118) require the States to give full faith and credit to the laws and judicial decisions of other states if it did not comprehend that there would be some differences between the States.

** Quarantine, on the other hand was legislated for in 1908 but, even here, it allows the States to design their own responses to low-level health issues with the Cth having the power to trump those laws in a national emegency.

Surely a bit of constitutional turmoil will not set back the equal marriage cause, but hasten the resolution of it nationally. After all, restoring a tidy constitutional balance would be easily achieved by legalising equal marriage across the nation – and that argument would give perfect cover for Lib and Nat MPs who might otherwise be nervy about supporting it.

@Xoanon – I think that’s the best argument for state action at this point, that by creating a mess it will force the federal parliament to do something to sort it out, ideally by legalising same-sex marriage across the board. But even if it works I’m a bit uneasy about that sort of constitutional blackmail, and it’s by no means certain that it’ll work.

The prospects at the federal level are very uncertain at best. I think it’s worth risking an attempt by the states to force the hand of the federal government.