What are they hiding? The widespread denial of FOI requests

As freedom of information requests have multiplied, the government's denials of those requests have increased exponentially. Journalist and Detention Logs producer Lawrence Bull reports. 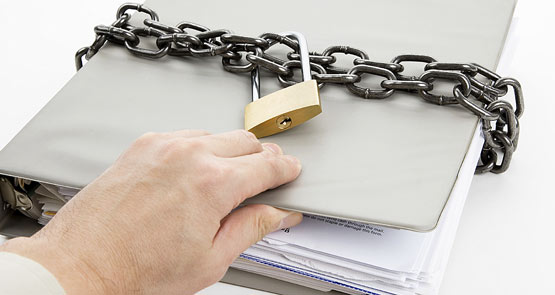 A detainee escapes immigration detention in Perth in October 2009. More than a year-and-a-half later and nearly 3000 kilometres away, in Darwin, another detainee harms himself. Are these incidents so similar in substance that the public doesn’t need information about both?

According to the Immigration Department, they are. The department refuses to publish the reports on each incident on the grounds their content “is substantially the same”.

And it’s not just these two. The department has refused access to more than a hundred other reports on incidents occurring at different times and locations, involving different people, under categories ranging from “use of force” to “voluntary starvation” and even “death”.

Dozens of people made unique requests over the course of a month. The Department responded by combining them into two large requests, labelling these requests “too large”, then disregarding them as “a substantial and unreasonable diversion of resources”.

Their justification for melding the requests? This clause in the Freedom of Information Act:

The requests were made via the “adopt an incident” function on our website, Detention Logs, and our collaborative visualisation with The Global Mail, Behind the Wire. We, a small group of reporters and supporters of open government, painstakingly logged more than 7600 summaries of incident reports written by detention centre guards onto our site. A user can select one, then click to send a preformatted freedom of information request under that user’s own name to the Immigration Department. Not only is this lawful, it also pushes for the government to stand by its own Declaration of Open Government.

The government’s failure to live up to principles such as these inspired Detention Logs and the “FOI-made-easy” site we use, Right to Know. Until an efficient pro-disclosure culture is established Australians will be compelled to create more sites employing crowdsourcing to gain access to publicly-owned information.

The relatively small amount of information already found through Detention Logs has uncovered the use of chemical restraints on detainees and dangerous asbestos in Villawood Detention Centre as well as security breaches on a weekly basis. Users of Right to Know have revealed Tony Abbott was forced to repay his autobiography travel expense claims, the government considered NSA-type data surveillance, Apple rejected the government’s $100,000 cybersafety button, and the Australian National University secretly invested in coal seam gas.

“Open government” was touted as a core value in the Kevin ’07 campaign. In 2010 his government amended the Freedom of Information Act, permitting greater public access. Rudd once said:

“This is notoriously seen as something that executive government don’t like because it causes information to go out which might be embarrassing. I’d like to, by contrast, encourage a culture of disclosure.”

After Julia Gillard was elected PM she announced: “Let’s draw back the curtains and let the sun shine in; let our Parliament be more open than it ever was before.” Application fees for FOI requests were removed, and smaller requests could now be processed at little to no cost. Furthermore, the scope of exemptions was narrowed, and emailed requests were finally considered valid.

In the interests of proactive “open government” publication, each department was now required to publish the following information online:

More than a year later, the newly anointed Information Commissioner announced that 85% of government agencies met the publishing requirements. He was pleased with the result.

What Rudd should have regarded as “embarrassing” was the paltry amount of information published. The Gillard government overseeing the reforms had “drawn back the curtains” to reveal little more than its departments’ shopfront display cases. The reform wasn’t much, but it was something.

In Norway, this is already standard practice — government files are accessible online by default, unless they meet criteria for exemption. Similar reforms are soon to take effect in The Netherlands. The G8 nations are also on board. Last month their leaders signed an Open Data Charter — its first principle is “open data by default”. Exemptions are recognised for intellectual property, personal and sensitive information.

If Australia fails to catch up on proactive disclosure, a hundred-odd requests may only be the beginning. Detention Logs users continue to request incident reports, and they are now sending public complaints and appeals to the Immigration Department via Right to Know. The issue is likely to be assessed by the Office of the Information Commissioner.

The department is entitled to publish the reports at any time.

Letters from detention: in the test match of life, Howard’s the batsman

Former detainees tell: how it feels to have $260k debt slashed

Hu and 420 others: Aussies on the beermat

It’s apparently mandatory for Victorian Government agencies to reject FOIs or am I just paranoid because every one we have lodged on the grand prix is knocked back.
More than a billion dollars is at stake if the government signs on to a new contract for the ten years Bernie Ecclestone is asking.
The government’s justification is based on a set of misleading and deceptive claims that can all be disproved by independent sources. The big blocker is the government hides behind small technical clauses in the Act. Neither side of Parliament wants it changed, so legislative reform of FOI Acts is apparently impossible in Australia.
Peter Logan
http://www.save-albert-park.org.au/

It betrays our democratic system when a small elite have power over information. Wasn’t Orwell who said whomever controls the language (information) holds the power.

The idea that deals can be claimed, information is commercial and in confidence when taxpayers are being signed on as a party to any commercial dealings being done on their behalf, is a joke. More importantly if our elected reps are too shy to let we who pay look at what they are doing on our behalf then it should be not acceptable by default on the grounds of our politicians and others are being too secretive! Keep in mind our political allsorts are a very small minority! Edward James

Why would anyone in authority want true, functioning FoI? It can only expose failings or worse – very few masochists enter politics.

From Peter Timmins
The lumping of different requests for different reports into one request is just one example of inventive but questionable thinking at DIAC. This post outlines others in play:
http://www.foi-privacy.blogspot.com.au/2013/08/immigration-reaches-new-heights-in.html#.Uf865VNhMdM