The prosperity paradox: who’ll lead when times are so good?

Australians have a serious problem with leadership, argue Social Leadership Australia's Geoff Aigner and Liz Skelton in a new book. When we don't know adversity it's hard to know how to lead. 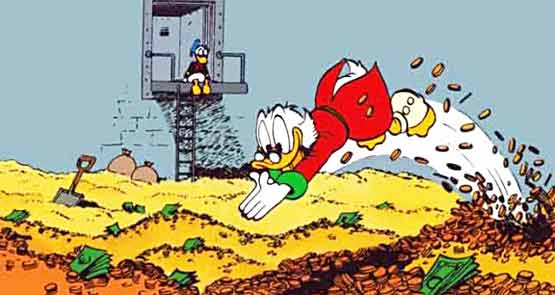 It is striking how often the topic of crisis emerges in discussions about leadership. Australians find it easier to conceive or take up an authority role in the context of a flood, hurricane or other emergency. Crisis may provide an authorisation that evades us normally; perhaps the adrenalin of crisis supersedes a normal fear of stepping up and owning our authority or disrupting the “relational” status quo.

It raises some important questions. How do we lead without hardship? Do we need to create a crisis to feel authorised? These are also global questions and not limited to Australia. More specific to Australia is the question of can we lead in prosperity and how do we do that? Leadership is more difficult when we are not doing it tough.

In the absence of adversity, are we willing to pick up the responsibilities that come with prosperity and privilege?

The last 20 years have seen unprecedented economic prosperity in Australia. A good share of the working population has never experienced an economic recession and a number of generations have become accustomed to unprecedented material comfort and success. Few of us today have ever experienced real hardship. And yet when we put the idea that Australia has been in an economic boom for a long time to our colleagues, all those under 35 said, “what boom?”. This lack of appreciation of Australia’s relative prosperity was echoed by a Boston Consulting Group survey in 2012 that found consumer sentiment is as low in Australia as it is for some of the European nations suffering the worst of the debt crisis.

Australia has routinely rated globally as one of the top three countries in the world in terms of standard of living. Clearly, not everyone is sailing yachts around Sydney Harbour and income inequality is getting wider, but it’s hard to argue with Australia’s relative prosperity from a global perspective.

How does this prosperity fit with our story of adversity? It doesn’t. We see this at a national political level in the difficulty of thinking beyond the present or beyond our immediate shores. In the mid-1980s, The Economist magazine summed up Australia in the following terms:

“If you look at history, Australia is one of the best managers of adversity the world has seen — and the worst manager of prosperity.”

How we define prosperity highlights the paradox we sit in. Australia’s GDP growth has also brought with it growing inequity and disparity between the “haves” and the “have nots”. As Simon Sheikh, former director of GetUp, an independent community advocacy organisation, observed: “It’s not about our national output, it’s about how equally that national output is spread which determines whether we are a country that’s leading.”

This reflects the challenge of this paradox and asks us to think about who we are as leaders in prosperity. Are we able to acknowledge our prosperity when increasing numbers of people are living in poverty, or can we only lead well in crisis?

Are we spoilt adolescents? Or just frustrated and struggling to deal with our power and privilege? This frustration and pessimism has a deeper impact on how we see our world than is reflected in our confidence as consumers. Recent research suggests that there is a gap between how we perceive ourselves and the reality of how we are faring as a country. A national values assessment by the Barrett Values Centre in 2009 was conducted to determine the values of Australians and their perception of how those values were lived. “Entropy” is a term used by the centre to show the gap between the positive values expressed and those that are perceived as dysfunctional. Their research found that Australia’s level of entropy was at 42%.

“… constantly thinking we have it tough means we are participating in a denial of our privileges and power. We are at risk of squandering our gifts.”

The Barrett Centre goes on to draw a link between high levels of entropy and the systemic collapse of a number of nations. For example, Argentina (prior to the 2001 financial crisis) had 60% entropy; the United States (prior to the global financial crisis in 2007/2008) had 52% entropy. These nations had serious structural problems that could explain some of this entropy and subsequent failure. But how do we explain 42% in Australia, with a solid economic foundation and functioning institutions and systems? In the Barrett Centre’s view, this level of entropy “indicates leadership issues that if left unaddressed could lead to significant social unrest”.

This level of dissatisfaction with leadership reflects the challenge of this paradox. The lure of seeing ourselves as battlers may spur us to keep striving for improvement, but it also raises questions not only of who we trust to lead us but when we will trust. Will we allow ourselves to lead and be led only in adversity and in emergencies? We see how addicted to emergency leaders are on the political stage. The future takes a back seat to the smaller and local problems, “crises” and scandals of the present.

This short-term crisis orientation creates a leadership culture of response rather than of vision and purpose. We work with senior leaders in all sectors and see how difficult it is to move out of a “response mode” generated by the latest issue or problem. It is rare to hear discussions of the future. Discussing purpose is often difficult and irritating. Instead, time is usually consumed feeding the “urgent” needs of a response via our smartphones: an ever-ready distraction from the harder work of focusing on the future and a higher purpose.

Perhaps this is all we want from leadership. In positions of authority we are always representing other Australians’ values and needs; it can be difficult for us to do otherwise.

We are a product of our culture and in positions of authority we need to be responsive to our culture’s demands. Roles of authority may come more easily to those adept at handling problems and adversity than to those who can look to the longer term or the advancement of a larger system. This presents a challenge if we want to exercise leadership in Australia and try to mobilise people’s attention on the harder, longer term challenges we face.

A lot can be learnt about the limitations of an adversity mindset from the literature on crisis management. Crisis, like adversity, presents us with threat and uncertainty. This is a natural and comparatively safe environment in which to be authorised to “just do something”. Moreover, there is a popular myth that difficulties and crises create a “burning platform” for reform of institutional structures and long-standing policies. This opportunity is often overrated.

Thinking we face constant adversity keeps us concerned with making things easier and avoiding the harder adaptive work. This dynamic has been particularly strong in the political context in recent years. Australia’s ongoing challenge as more refugees seek asylum demonstrates this bind. More and more boats continue to arrive on Australia’s shores and many asylum seekers have died in their endeavour to get here. Successive governments have been under increasing pressure to act, trying many short-term technical solutions. This does little to help us think of the future because we are stuck in maintaining or restoring the comfort of the present.

This is the rub. Without difficulty and adversity, all we want from our leaders is to do what is required for us to remain comfortable. We can never be comfortable enough and don’t like it when that comfort is threatened. An adversity mindset instils dependency on leadership to comfort us. Not an inspiring job description for leadership or for us.

Finally, and perhaps most importantly, constantly thinking we have it tough means we are participating in a denial of our privileges and power. We are at risk of squandering our gifts. It means that all we have to do with our privilege is to show it and not to use it. This not only keeps us comfortable but encourages mediocrity and colludes in our complacency.

*This is an edited extract from The Australian Leadership Paradox, to be launched in Sydney tonight. Geoff Aigner and Liz Skelton are senior managers at The Benevolent Society’s Centre for Leadership Development, Social Leadership Australia.

Berejiklian and Morrison offer a one-two punch on non-leadership

Sure it is not all just a debt induced euphoria?
And that things are just as objectively bad for the debt junkies as they are for the other type?
As long as they get their fix?
For thirty years now?
Not the sort of message that the debt peddlers want put about?
Why would anyone expect leadership among these economic lotus eaters?
How did Odysseus solve the problem?
That’ll be your leadership right there.