Bunker down and throw something: but do we need anti-massacre rules?

Australia now has official guidelines for how to survive a mass shooting. Crikey intern Henry Belot reads up on how to survive -- and asks if these rules will really help anyone. 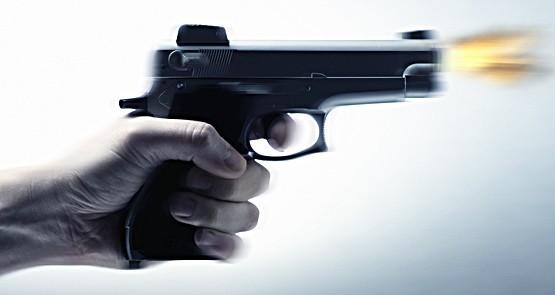 Block the door, turn off the lights, and prepare to retaliate violently should it be necessary. These are the kernels of wisdom laid down by the Australia New Zealand Counter-Terrorism Committee’s new guidelines to surviving a mass shooting.

But will they ever make a difference?

The guidelines, launched yesterday in Sydney by Attorney-General Mark Dreyfus, are remarkably similar to initiatives launched by the US government following recent gun massacres. The Australian version warns that “mass casualty attacks in Australia remain a real and persistent threat”.

These guidelines are a national first, launched by a committee that was formed last October as New Zealand moved from being an observer to a full member of Australia’s National Counter-Terrorism Committee.

In the event of a shooting, the committee has devised a three-step guide to survival: “evacuate, hide, take action”. First, leave your belongings and evacuate, when possible avoiding lifts and elevators (much like a fire drill). It’s important in this step to visualise an escape before fleeing the scene, apparently.

Should you be discovered by a shooter, the guidelines advise a potential victim to prepare for a violent confrontation if necessary. As the report states:

“This can include using or throwing available objects or using aggressive force when confronted. Such action should only be taken as a last resort and in order to protect the life of the individual or others in the area.”

And why might you need to know this? The guidelines state:

While the guidelines may appear obvious to some — or verging on paranoia — associate professor of counter terrorism at Charles Sturt University told Crikey the information may be valuable to schools, companies and large institutions increasingly concerned about public safety.

“This is the age we live in and although there is a very small chance that these guidelines will ever be required, events like Port Arthur show that we shouldn’t be complacent,” said O’Brien.

In 2002, a gunman opened fire at Monash University, killing two people and injuring five. Andrew Zammit, now a research fellow at Monash’s Global Terrorism Research Institute, was a student on that day and remembers the chaos that gripped the campus.

“Shootings are a common tactic of terrorists, and much easier than making bombs. But fortunately, Australia’s terrorist threat is very low by international standards and firearms aren’t widely available,” said Zammit. “These events are extremely rare but it’s always good for institutions to be prepared. National guidelines can help achieve that.”

Mat Hardy, a lecturer on Middle Eastern politics at Deakin University who has written extensively on the threat of terrorism, remains sceptical of the guidelines and their intentions.

“Most of the guidelines released are common knowledge and publicly available information. This is a style of an occupational health and safety insurance policy so if something happens, well we told you,” he said.

Dreyfus is confident the guidelines will be a valuable source of information for business owners and public institutions. “Such facilities not only present opportunities for mass causalities, symbolic attacks and high-impact coverage, but pose a broad range of security challenges for their owners and operators,” he told the media yesterday.

At least one sector of our economy is mushrooming – the fear industry?

Meanwhile, I’ll just “duck and cover”, whenever some security rentseeker starts ramping up the fear.

While guns are in the news, and there have been people going postal in Australia. They are not planned acts of terrorism. I believe it is only a matter of time before we have an act of terrorism in Australia. When that time arrives it is likely to be an improvised explosive device IED. London bombings Boston marathon. We are aware of what is over the political horizon if not actually on it already.
Australia having a policy for reacting to a mass shooting is government trying to look like it is doing something. It is not working for me. Edward James

Very easy to be dismissive when you haven’t had the experience. I’m sure the folk at PA and elsewhere didn’t think it could happen to them either.

I recall Crikey.com used to claim our political allsorts subscribed to Crikey. It is worth pointing out if any of our elected reps Local State or Federal are subscribers. Why is it they are like ghost when it comes to being identified on Crikey.com?