Road test: are the young or the elderly more dangerous?

Young drivers are often portrayed in the media as drink-driving or hooning, but do older drivers actually cause more accidents? Freelance journalist Ben Westcott wonders who you really want behind the wheel. 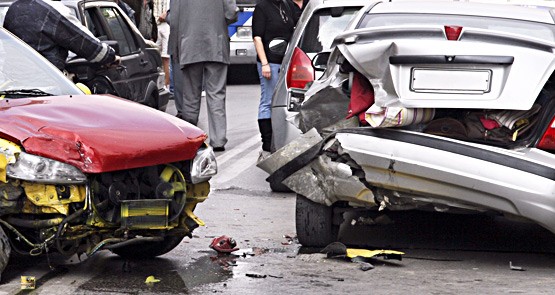 Young drivers regularly make the front pages of our newspapers, too often in tragic circumstances. From drag racing to drink-driving, they’re portrayed as being a menace on the road. The UK’s Telegraph wrote, sensationally, that “Young drivers have a licence to kill“.

But for all the emphasis on young hooning P-platers, another age group is causing more than its fair share of road accidents.

Earlier this month in Victoria, a 91-year-old driver left a “trail of destruction” after losing control of her car. She wasn’t the only one. Three other older drivers damaged property this month in Victoria, with one losing her life. And there are more and more older drivers around; the Australian Bureau of Statistics estimates that the number of drivers over 60 could double by 2030 and almost quadruple by 2050.

Crikey wondered: who is more of a danger behind the wheel, young drivers or the elderly? The raw figures from the ABS paint a grim picture. Almost as many drivers aged 17-25 died in 2011 as drivers aged between 40 and 59, even though there are far more people in the older age bracket. It was the same for the 10 years before that.

But that isn’t the whole story. The Centre for Accident Research and Road Safety analysed crashes in Queensland from 2004 to 2009 and found that although the rate of crashes did spike between the ages of 17-24, they rose again between age 90 and 100.

But the statistics aren’t that black and white. “Younger and older drivers have very high rates of crashes, but in younger drivers it tends to be from being irresponsible: drinking or driving too fast,” said Dr Mark King, from the University of Queensland’s Centre for Accident Research and Road Safety. “On the other hand, older drivers tend to have just made a mistake in judgement.”

He also found that young people were more dangerous for other road users, with older ones putting only themselves at risk. “If you look at older people’s crashes, where there’s been a fatality, it’s usually the older driver that’s killed, not anyone else. With younger people it’s more variable,” said King.

Monash University Accident Research Centre Professor Max Cameron says older drivers actively try to minimise the risk they pose to others. “What we find is that older people recognise their limitations and drive much less. They seldom drive at night, they usually drive at lower speeds, and they’re usually affluent enough to drive better cars,” he said.

In contrast, young people are often not thinking about minimising risk. “Inexperience is the big issue. Also they’re usually driving older, second-hand cars which add to the problem,” said Cameron.

Professor Raphael Grzebieta from the Transport and Road Safety unit at University of New South Wales said since some young people won’t check their behaviour, it’s up to the media.

“With young people, really the only thing that is preventing them from really going to extreme situation is threat of demerit points and threat of loss of life,” said Grzebieta. “Young people just don’t have a perception of risk, in terms of crashes, in terms of their driving skills, in perceiving hazards. You have to have that development of the driving skill, that process of learning to be a better driver.”

Sam Maiden could be going to the big house

Defensive driving courses in schools would be a start. Better to help them understand and minimise risk. The driving tests are rubbish. Learning to reverse park as a priority won’t save your life.

Exactly. There is no car control, swerve and recover or panic stop skills in our licensiing system. The rest of the developed world must view driving in Australia, like we view driving in the Phillipines.

At least accidents caused by the 90-100 age group aren’t a result of mindless texting while at the wheel.

I reckon labelling it as “young people” is also a bit misleading as I’ll wager it is “young” men who are creating most of the risk. Defensive driving courses are all good but until the reckless stupidity part of the brain grows out then the same potential car crash drivers will continue to be a risk. The best defensive driving course I had was riding a motorbike before owning a car.

The standard of ‘driving’ in Aust, by all demographics is disgusting.

There needs to be a national standard driving course, involving at least two practical components to obtain ‘L’ and ‘P’ licenses. Just like motorcyclists are required to do.
Instead we are being dumbed down with gadgets that will park for you, turn your lights on, warn you that you’re about to merge into someone.

Dumbed down to believe that you’re safe in your steel cocoon. Don’t worry about the person you hit, as long as you’re safe.