It's the editorial so nice they ran it twice -- readers of The Sydney Morning Herald may have read Fairfax CEO Greg Hywood's defence of the media company in the paper on Saturday, only to see it again on page two of the paper today.

Hywood goes in to bat for Fairfax. It’s the editorial so nice they ran it twice — readers of The Sydney Morning Herald may have read Fairfax CEO Greg Hywood’s defence of the media company in the paper on Saturday, only to see it again on page two of the paper today. There’s been a growing frustration from Hywood at the negative press around the company — most recently sparked by a book written by one of its own journalists, Pamela Williams — prompting Hywood to make sure everyone had read his assertion that news of Fairfax’s demise is a “false premise” and there’s now a business model to “ensure the Herald serves the Australian public with independent journalism for another 182 years”. The page was also placed onto the inside cover of The Age today … 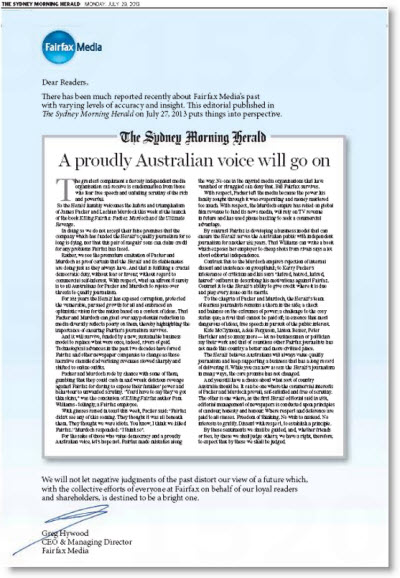 This morning The Australian reported Fairfax would bring forward plans to scrap weekday editions of both papers; Hywood was immediately on the front foot and told the paper it was rubbish. By 10.38am Fairfax staff received this missive:

In The Australian’s media section today the writer Darren Davidson has a piece of fabricated nonsense which states Fairfax is bringing forward plans to close the Monday to Friday editions of the SMH and The Age.

There are no plans to bring forward. Such an option has not even been developed let alone put to me as an option.

Why would we be expanding our print facilities in North Richmond and Ballarat if we were considering such a move?!

When I heard Davidson was considering writing the article I personally called him. I told him what I have stated above.

That he chose to write this nonsense and The Australian chose to publish it says all that needs to be said about News Corporation.

All the very best.

If Fairfax is dying, Hywood isn’t taking it lying down. — Jason Whittaker

But clearly nobody told him the Prime Minister was off to Afghanistan over the weekend, not Government House to call the election. Today he’s seemingly certain of a new date — September 7. We won’t hold our breath just yet … 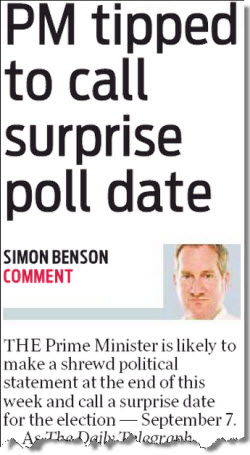 Front page of the day. Argentina’s largest newspaper welcomed the Pope to the region on Sunday, complete with native headdress … 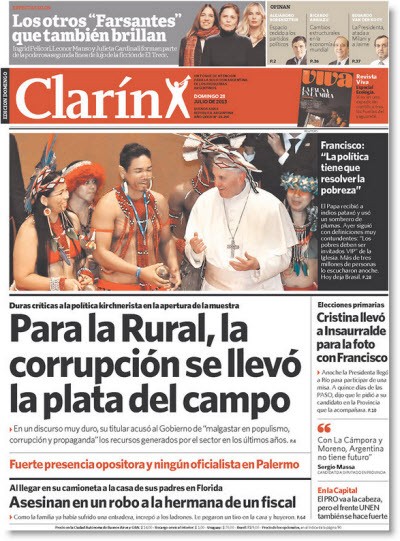 As long as he keeps trying, eventually, like all limited News hacks, Benson-Burner will be Right.

All this stuff about *which* Saturday really is a bit lame.

Talk about shooting fish in a barrel/no bucket/no coffee mug/no eggcup …..Eventually they’ll get the SCOOP!

Paddy, in the mean time, they’re content generating the contents for that “scoop”.