Will America park its drones on our lawn? Military men talk options

Congressional hearings in Washington have revealed the US military is openly canvassing hosting controversial unmanned aircraft in the region -- including at Australian bases. 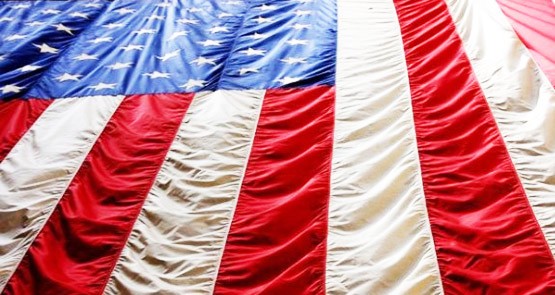 Australia may again have been thrust into the role of proxy in the US containment of China — this time with automated air and sea drones to spy, protect shipping lanes and challenge the regional dominance of the “schoolyard bully”.

US military budget talks on Wednesday mooted the role Australia could play as a deputy sheriff in the Asia-Pacific, both for Australia’s local expertise and as a way to pivot US attention in the region — and to help cut costs. While there were no firm proposals, the issue of hosting drones in the region was part of the discussions at the Congressional hearings.

Admiral Gary Roughhead, who twice commanded the US Pacific fleet, warned it could take up to three weeks for ships to reach hotspots in Asia if trouble broke out. Credibility with smaller, vulnerable allies was already strained, he said. “When events move quickly, if you’re not there, you’re not there,” he told the talks.

The solution was to stitch an anti-submarine security net across the region with the help of Australia, India and Japan, said Centre for New American Security’s Dr Patrick Cronin:

“The foundation [of cost-effective regional stability] is the intelligence surveillance that can be widely shared with many partners. We need to start building that foundation, for instance in disaster response with countries in the region. We need to increase interoperability with key allies such as Japan, Australia, India so we can stitch together a theatre ASW [Anti-Submarine Warfare] plan.”

And how? UMVs, or unmanned vehicles, drones. Australia already has unoccupied surveillance aircraft. Not enough it seems. Or not using them enough. Cronin continued:

“We can do more to push our Australian allies to spend a little more money on Defence even as we work with them on interoperability.”

As ways of containing China go, yesterday’s talks were significantly less confrontational than the plans Republican representatives raised last year — nukes-across-the-Pacific — with all the bluster of a looming presidential election and seemingly read from an abandoned scene from Dr Strangelove.

The risk of not doing something was too great, warned representative Buck McKeon, chairman of the powerful House Armed Services Committee. McKeon essentially gets to write the Pentagon’s budget, if he can convince enough colleagues to vote for a budget at all, and like previous chairmen has used those budgets to impose unwanted acquisitions and challenging policies on the Defense Department when it is slow to move on issues like suicide rates and s-xual violence against women in uniform.

This time he’s frustrated that the Obama administration isn’t moving quickly enough on halting China’s dominance, and is cutting too much from national security. In reference to China’s treatment of the Philippines and other countries, he said:

“I’m reminded of a schoolyard bully. Until someone bloodies his nose, he’ll keep going. If nobody bothers the bully, then people want to make friends with the bully and if we pull back, if we leave a vacuum then somebody else is going to fill it.

Which is the other part of where Australia comes in: it’s cheaper to co-host on existing ADF facilities.

The US has 2500 marines scheduled to arrive in Darwin next year. Australian ministers have said repeatedly that there are no plans for US military bases in Australia. But there have been many problems with interoperability in systems purchased from the US and it’s not unforeseeable that a trade-off could be made to give Australia the secrets to particular stealth or attack capability in exchange for hosting a drone facility.

Admiral Roughhead told the talks it was already too hard to do business with the US and these exchanges should become much easier, and fairer, to keep the information flowing and encourage local co-operation on counter-terrorism. Although that’s an area it seems Australia needed no bribing for, with speculation about the role of the Pine Gap base in US drone operations and whether that leaves Australia open to legal challenges.

Since President Barack Obama’s speech confirming the US pivot to the Asia Pacific, the Pentagon is yet to expand on the vision other than detailing its plan to position 60% of its global naval forces into the region. For now, US politicians in Congress are wondering why the US left it so late when “the Asian arms walk has become an arms trot”, as one of the backbenchers told the budget talks on Wednesday.

So the US is to shift it’s military focus to the Asia Pacific?
Considering the bang-up job they’ve done in the middle east and sub-continent, I’m not sure we should be so welcoming.

How about we adopt a new three word slogan – Stop the Yanks.

Australia has played “Deputy Sheriff” to the US before (remember Iraq?) and that ended in bloodshed, tears and was a dud effort all round. Is there any chance we can learn from that mistake?

I don’t like t a bit. Noone has asked Abbott if he will take us to war again yet (he was after all a member of Howard’s govt. that did), but it was actually Julia who let them here. Since they have already stuffed up dropping bombs on the Great Barrier Reef, gawd only knows what else they will stuff up with the use of drones around and about. It amazes me that noone connects the dots as to why all these poor refugees are arriving from the Middle East, where Howard and his mates sort of prodded a sleeping tiger or two and have created havoc.

Anybody remember World War 1? The one in which one assassination triggered the death and mutilation of 10s of millions and the destruction of an admittedly corrupt way of life? All brought about by the combatant countries having unbreakable ties among each other that dragged all of Europe and a part of Asia Minor into a conflict that was characterised by not only senseless death and destruction but by also the bone headed leadership of that war.

Here we go again, it seems. Marvellous of how history repeats itself when leaders and the people are too stupid to learn from it.