The smart business move is get the hell out of print

James Packer is right to slam Macquarie Group CEO Nicholas Moore for a series of poor business decisions. Print media, as the investors should know by now, doesn't pay. 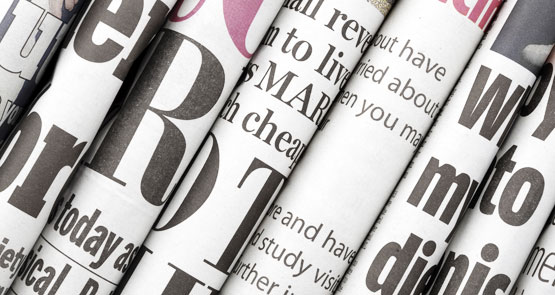 The deliberate decision by James Packer to go to war with Macquarie Group CEO Nicholas Moore is driven by a couple of factors, but it doesn’t necessarily include the fact that the “Millionaire Factory” is currently advising Crown’s bitter casino rival, Echo Entertainment Group.

However, whatever Packer’s motivations, he is absolutely right that Moore was pushing two transactions in 2006 that would have turned sour.

Firstly, any purchase of Fairfax Media before the GFC would have been a disaster on a similar scale to the $3 billion that News Corp lost in paying an excessive $6 billion for Dow Jones in 2007. The annual earnings before interest and taxes (EBIT) of The Age and the SMH have declined by more than $150 million since that period. Indeed, the 2005-06 Fairfax results show that the company’s then-Australian publishing division (pre-Rural Press merger) generated EBIT of $231 .1 million. The estimated earnings before interest, taxes, depreciation and amortisation for The Age and the SMH crashed to just $85 million in 2011-12. We’ll find out the 2012-13 figures in August.

A bid for Fairfax in 2006 would have been pitched at around $5 a share, meaning the equity would have cost $5 billion, plus Fairfax’s $1.5 billion debt, for a total enterprise value of about $6.5 billion.

The second ill-conceived push was also media. Moore’s response after being rebuffed by Packer was for Macquarie Media to team up with Fairfax Media for an equally overpriced $1.35 billion carve-up of Southern Cross Broadcasting in July 2007. This valued the radio stations retained by Fairfax to this day at more than $400 million, while the regional television stations cost Macquarie Media more than $800 million.

In hindsight, the big-spending duo overpaid by almost $500 million on Southern Cross Broadcasting, and Moore has personally lost more than $5 million as one of the top 20 shareholders in what is now called Southern Cross Media.

In light of the financial collapse of PBL Media last year, Packer also had every right to be angry that Moore was pushing a highly leveraged float of PBL Media in 2006.

“The lesson of investing in Australian media over the past decade has been pretty simple: get the hell out of print.”

Punters would have bought in looking for the Packer halo effect, and then James would have been under huge pressure to bail out small investors to avoid the ignominy of another One.Tel. Look no further than Macquarie’s disastrous Brisconnections and Boart Longyear floats on the ASX for examples of over-geared offerings that cost their clients a fortune.

Moore obviously had the same thing in mind for PBL Media at the top of the market when credit was cheap and easy. He also led the charge to pay a ridiculous $10 billion for Qantas.

In hindsight, the UBS-pushed 50% sale of PBL Media to private equity firm CVC was the way to go, as no one felt sorry for the $1.9 billion in equity that was eventually written off, nor for the estimated $300 million to $500 million that the original banking syndicate dropped when selling out to Nine’s current US hedge fund owners.

There was never anything particularly wrong with Channel Nine as a business, and it remains a good performer today. The truth is that PBL Media collapsed because the ACP magazine business’s earnings plunged from $260 million to $60 million before it was eventually sold to German firm Bauer last year.

Long-time Packer Svengali John Alexander has known Killing Fairfax author Pam Williams over the years, and he comes out of the book looking like a genius. Alexander is credited with having lifted ACP’s earnings from $80 million to $300 million in six years. It would be interesting to know what his predecessor Richard Walsh makes of those claims and whether Nine managing director David Gyngell agrees that his business was less profitable than ACP when CVC took the hospital pass.

The lesson of investing in Australian media over the past decade has been pretty simple: get the hell out of print.

News Corp blundered badly with Dow Jones, but at least it exited New Zealand at the top of the market in 2003. Similarly, the Fairfax family made a terrible mistake embracing a largely scrip merger of Rural Press and Fairfax that left it over-geared and overexposed to the company’s loss of classifieds at  The Age and the SMH.

And Kerry Stokes is no genius, either. He paid too much for both The West Australian and Australia’s second-biggest magazine chain, Pacific Publishing.

This idea of celebrating Killing Fairfax continues to grate with journalists across Australia. Maybe some of those wealthy characters who attended the book launch, such as Carsales CEO Greg Roebuck and Seek CEO Andrew Bassat, would consider making some sort of philanthropic contribution to worthwhile journalistic endeavours, a bit like the way Graeme Wood and Morrie Schwartz have conducted themselves in recent years.

Bassat is quoted in The Australian today claiming “journalism plays a very important role in society” and the killing of Fairfax’s journalism “brings me no joy whatever”.

It’s a shame the grave-dancing James Packer and Lachlan Murdoch don’t seem to have a similar outlook — just because Fairfax publications have dared to criticise their families over the years.

Red flags, toothless watchdogs and wilful blindness at The Star

Will conflicts of interest undermine the royal commission into Crown’s Perth casino?

Hindsight is useless. Packer was supposed to sell down to casinos because his dad knew he could manage something simple as a monopoly in a state where there had previously been NIL gaming. The fact that Jamie spent any time thinking otherwise reflects his intelligence. As does his mouthing off.

Yes it is Stephen! Even on line media is something to get out of as you well know ! This paragraph of yours has enormous weight “The lesson of investing in Australian media over the past decade has been pretty simple: get the hell out of print” Here we all are, with access to readers who will with unerring judgement, dump bullshitters. I recall it was you Stephen while owning Crikey whose on line paper coined the phrase as a general identity “Public trust journalist”
You are still out there in public life. Step up Stephen
Edward James 02 43419140