Richard Farmer reflects on how governments centralise and decentralise forever. Plus other political views noted along the way.

First you put ’em together … Then you pull ’em apart. Wait a few years. And the join them up again. And so on ad infinitum.

I remember my old boss Sir Frederick Wheeler, when I was his research dogsbody at the Commonwealth Public Service Board for a couple of years back in the 1960s,  setting me the task of tracing the history of government functions. The change from little departments to big to little and back to big again was a standout feature of Commonwealth administration.

And now, I notice, it’s back to centralisation. The UK government announced overnight an overhaul of the way it buys up to 12 billion pounds worth of goods and services. Reports The Financial Times: “In a challenge to departmental autonomy, the purchase of ‘common services’ — from travel to energy — will be delivered by a new executive agency, to be called the Crown Commercial Service.” Savings of  1 billion pounds a year are predicted as the government uses “its aggregated purchasing power to achieve better deals for taxpayers”.

Get ready for a return to Australia’s Department of Supply, for such is the way of public service management fashions. Where one leads, others tend to follow.

Not just important for polar bears. The rapidly declining quantity of sea ice in the Arctic is often portrayed as a trade-off between declining habitat for polar bears and the opening up of new sea routes and the provision of access to an estimated 30% of the world’s undiscovered gas and 13% of its undiscovered oil. Not so regularly calculated are the economic costs of a warming Arctic. This week a group of researchers set out to redress the balance by having a stab at calculating the cost of what they describe as an “economic time bomb” likely to reach at least $60 trillion.

In the journal Nature the academics from the UK’s University of Cambridge and Erasmus University Rotterdam in the Netherlands write that the costs of a melting Arctic will be huge because the region is pivotal to the functioning of Earth systems such as oceans and the climate.

“The release of methane from thawing permafrost beneath the East Siberian Sea, off northern Russia, alone comes with an average global price tag of $60 trillion in the absence of mitigating action — a figure comparable to the size of the world economy in 2012 (about $70 trillion). The total cost of Arctic change will be much higher.

“Much of the cost will be borne by developing countries, which will face extreme weather, poorer health and lower agricultural production as Arctic warming affects climate. All nations will be affected, not just those in the far north, and all should be concerned about changes occurring in this region. More modelling is needed to understand which regions and parts of the world economy will be most vulnerable. 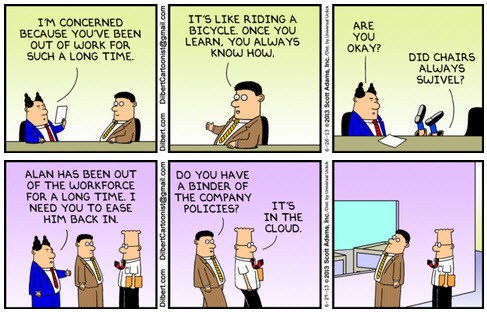 Snakes in the garden: how bureaucracy is tearing out a community’s culture and connection by the roots

The real crisis in teaching

Surely the new Department has to be called the Department of Administrative Affairs.