The report on the Gladstone harbour development is in its final stages but has been delayed. But local journalist John Mikkelsen reports the delay was not politically motivated. 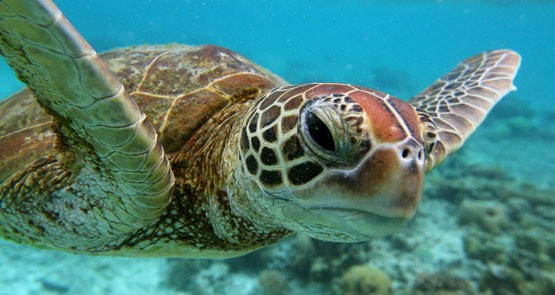 Gladstone’s controversial harbour development and dredging projects were again high on the agenda at two important national conferences this month, but the release of a federal government  harbour review remains in limbo.

The Gladstone Harbour study to address the  United Nations Educational, Scientific and Cultural Organisation’s continued concerns about threats to the Great Barrier Reef and World Heritage Area’s outstanding universal value was scheduled for release on June 30, but the review panel asked for more time. UNESCO originally requested the study after a delegates’ mission in March last year to inspect the development of three multibillion-dollar liquefied natural gas plants on Curtis Island and associated major dredging works. The international scientific body expressed “extreme concern” at not having been informed of the projects in advance.

Some scientists, environmentalists and commercial fishermen have blamed suspended dredging sediments for a prolonged disease outbreak affecting seafood, turtles, dugong and other marine life, but Gladstone Ports Corporation and government scientists have maintained this was due to flooding in early 2011.

Prime Minister Kevin Rudd told media in Gladstone last week he was unable to shed any light on a new release date for the long-awaited harbour review panel’s report.

The Gladstone dredging and disposal project, involving the dumping of millions of cubic metres of spoil at sea and behind a massive bund wall in the World Heritage Area, was again in focus at this month’s bi-annual conference of the Fishing Research Development Corporation. Aquatic disease specialist veterinarian Dr Matt Landos, who addressed the conference, said “multiple lines of evidence” had been presented to support the hypothesis that marine life had been exposed to elevated levels of metals due to dredging, the bund wall construction and leakage from the bunded reclamation area, which protrudes out into the harbour:

“Fisheries Qld and National Parks and Wildlife Service conducted a disease outbreak investigation of a very poor standard, which was initiated well after they were first advised of a significant problem.”

He said the science had been “distorted” by Gladstone Ports Corporation, and the harbour development project had been poorly managed. And he hit out at a critical review of his earlier scientific report on the Gladstone fish disease by the CSIRO’s Dr Graham Batley, which had been presented earlier to the review panel by the Ports Corporation:

“Dr Batley claimed my report overstated the role of metals … Well, he failed to read the GHD sediment study, which identified heaps of contaminated sediments … Batley claimed there were none. Repeating a lie doesn’t make it come true.”

“He replied: ‘Definitely not. We have asked the federal government for more information and documents, and we’re waiting for these documents before we submit our report’,” she said. “I pressed him as to when the final date might be and he said, ‘Shortly’.”

Arnold also gave a presentation on dugongs, whose numbers in Gladstone have markedly declined since dredging for access to the LNG plants started in October 2010. During the conference Cresswell provided some details about the UNESCO definitions of outstanding universal values and whether a world heritage area was able to combine protection with some commercial activities.

‘Heaps of contaminated sediments’ vs ‘none’. Any chance of a sentence as to what the ‘contaminated’ levels actually were, versus local background concentrations, so the reader can get some idea for themselves? All sediments contain some metal.

This sort of story really annoys me. An account of what is essentially a scientific dispute, with no link to data or indeed any numbers at all on the key issue. In this day and age, there’s no excuse for it.

sadly not much in the way of comments, but hey, life in the city is much more important than the death of what used to be our most beautiful harbour. Gladstone is hell on earth for the wildlife including human, have a look at the childhood cancer and asthma statistics.All of course to make a few bucks for overseas corporations.

…this idea that there are commercial interests influencing publication of science or reporting of findings is a genuine societal problem. It is pervasive in the science and response to climate change, and the commerce vs science tension underpinned things like opposition to tobacco. This ‘tobacco interest’ type response by commercial interests all over the world really should be the target of considered investigative journalism…

This story is meaningless due to its lack of factual perspective.

Crikey, you can do better. Surely there must have been dozens of better quality articles to choose from today. Why publish this soft brained stuff?