The Labor Party's Left have told the bickering Victorian Right to take a cold shower and come and see them again when they've sorted out their differences. 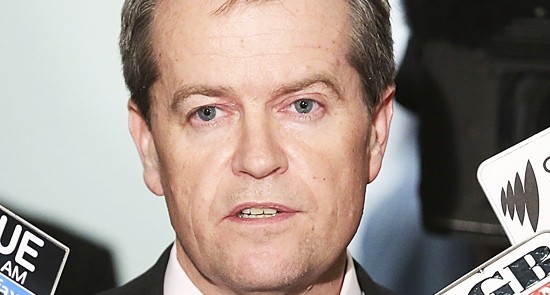 The Victorian Labor Left has slammed suggestions they hatched a secret deal with Stephen Conroy to freeze out Bill Shorten from the party’s stability pact, saying they are waiting for the Right to “sort their shit out” before resuming business as usual.

Crikey reported on the meeting as it happened: Conroy spear carrier Mehmet Tillem triumphed over the Shorten-backed Kimberley Kitching 37 to 25 in the race for Feeney’s Senate spot (with anti-fluoride campaigner Geoff Pain on one) and National Union of Workers Sword wielder Geoff Lake won 41 to 22 against official Unity candidate Rosemary Barker, snaring a commanding 65% of the vote to add to his 59% in Sunday and Monday’s local ballot. The result relied on the Left staying mute and the NUW and shop assistants’ union binding together.

But a well-placed Left source rejected any “deal” with Conroy and, questioned about the apparent tectonic shift, commented sagely that “the earth didn’t move for me”. Another agreed that some newspaper journalists had been led astray by Shorten-aligned forces eager to “create their own reality” in the mould of former George Bush 2IC Dick Chaney.

The outcome has lead to media suggestions Shorten and his Australian Workers Union’s influence may be waning and that Victorian Labor was on the cusp of a major re-alignment that would see the Maribyrnong MP frozen out forever. That squabble could well escalate, but the increasingly powerful Left would prefer the Right heal its differences and start singing Kumbaya again from the same song sheet.

In an unprecedented run of defeats rivalling Shorten’s botched 1990 bid for control of the Australian Theatrical and Amusement Employees’ Association for annoyingness, the powerbroker’s preferred candidate has dipped out in five successive Victorian federal preselection stoushes: Gellibrand, Lalor, Batman, Hotham and the Senate. He has traditionally relied upon an alliance with Conroy to project preselection power, especially with the Left on board, and seems a bit naked and sad without his glimmer twin in the same saddle.

But insiders say there are three main motivations for Conroy to temporarily put the hex on Shorten but not to formally file for divorce and blow up the furniture.

One Right source explained the state of affairs thus: “Stephen was annoyed about Gillard but he also wouldn’t cop Kimberley and Rosemary. And he also wants to let the world know he’s still there.” And Hotham complicated the situation because it has been broadly regarded as NUW territory since Simon Crean’s ascension in 1990. It’s been strongly rumoured that Conroy would create his own Senate vacancy after resigning from politics next year, however a decision is far from being made.

For now, the stability pact remains in operation — the Left source explained that if things were to change, a more likely alliance in the medium term would be for the NUW to be dealt back into Labor Unity, an option always open to them since its signing in January 2009. The SDA’s membership of LU would also be confirmed despite some low-level ructions last week. While some dilution of the LU caucus would occur, it would also prevent any future fireworks when preselections for the 2014 Victorian state election come around. A divided and rampaging Right could have terrible implications for Left-held seats in Melbourne’s north like Mill Park and Thomastown, as well as for the tenure of Left-aligned Victorian opposition leader Daniel Andrews.

The POSC made another decision last night — schoolteacher Joanne Ryan was confirmed as the candidate for Lalor, snaring 99 out of 100 central panel votes.

No chief dibber-dobber Rudd has told you.

Interesting but I’d love an analysis of the actual candidates and what these decisions are likely to mean for us.

Factional nasties are common with the right here in Victoria. Conroy is a very big bully and has a lot of time on his hands now to engage in this silly game of thronesbastardr

I hope Kevin Rudd continues with his ‘modernisation’ of the Labor Party, and that local members gain the right to choose their own candidate for all elections. High time the revolting Conroy and other union heavies butt out of this issue. The current system, at least as described in this article, is just not acceptable to most Labor voters.
How about selection on merit? Now there’s a novel idea!

Andrew,
I’d like to see an analysis of LNP selection processes complete with derogatory rhetoric, such as “thick-as-thieves”, “divided and rampaging”. Your article implies it’s only in the Labor Party that ruthless fights occur for pre-selection.
We all know that’s not true so how about some balance!