While inflation overall is flat, there are a couple of signs the RBA won't be sufficiently satisfied to go for one more rate cut. Glenn Dyer and Bernard Keane report. 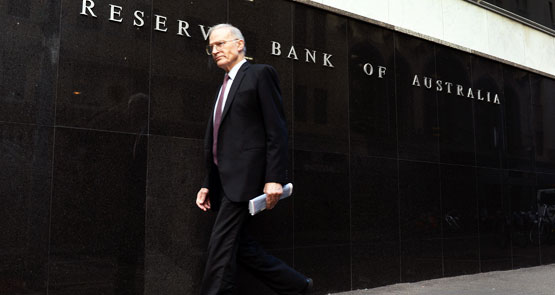 After this morning’s CPI data from the Australian Bureau of Statistics, brace for much “rate cut looms” speculation until the next Reserve Bank board meeting on August 6. The June quarter consumer price index came in a touch lower than forecast at 0.4% (from the March quarter) for an annual rate of 2.4% — down from 2.5% in the March quarter.

On the face of it, that fits the criteria most economists have set for another cut in the cash rate by the RBA (to 2.5%). But the CPI result in fact is another indicator, to go with retail sales and the jobs market, that while the economy is still growing under its trend-line figure of around 3-3.2%, it’s not as weak as many analysts claim.

And as for that rate cut … the RBA’s favoured measures, the Trimmed Mean and the Weighted Median, showed a hint of emerging price pressures — not much, but enough to have the RBA watching prices closely in coming months after they referred to the “slightly higher” outlook for inflation coming from the weaker dollar in the minutes of the July board meeting. According to the ABS:

Another important indicator is the way that prices move in the tradables and non-tradable sectors of the economy. Tradables are what are called “trade exposed sectors” in that they are subject to import competition and pricing pressures from offshore and influenced by the dollar’s value. The ABS said the tradables component of the CPI rose 0.3% in the quarter (it covers around 40% of the weight of the index). The non-tradables (domestic sectors not exposed to import competition) compromise the remaining 60% and they rose o.5% in the quarter. The annual rate for tradables for the year to June was a fall of 0.7%, compared to a fall of 0.2% in the year to March. But the non-tradables saw an annual rise of 4.3% in the year to June, against a rise of 4.2% in the year to March.

It is that small rise and the revisions in the Trimmed Mean and Weighted Median measures that will have the RBA cautious about a rate rise. Remember that, for the first time in quite a long time, the RBA did use the words “substantial” in the July minutes to describe the amount of monetary stimulus administered to the economy in the past 20 months and “slightly higher” about inflation. That is, the RBA is now more watchful that inflation might be on the turn and that the economy has been given a great whack of sugar from the numerous rate cuts from late 2011 and doesn’t need any more, bar some external disaster.

And as Crikey has previously noted, the RBA will also be watching the emerging signs of a surge in housing construction — exactly what the RBA wants to replace the mining investment boom, but not a phase it wants to see break loose. In June, new dwelling purchase costs for owner-occupiers rose 0.9%, pushing up overall housing costs. Over the last 12 months, new dwelling purchase costs for owner-occupiers rose 3.6%. That’s no boom — especially given the parlous state housing has been in until recently — but the RBA will be keeping a close eye on housing.

All told, the case for another rate rise is doubtful — especially one that might end up being during an election campaign.