The best Australian dot.com investments ever made

Think the dot.com boom only happened in Silicon Valley? Think again -- some Aussies made a lot of money backing internet companies. We take a look at some of the success stories. 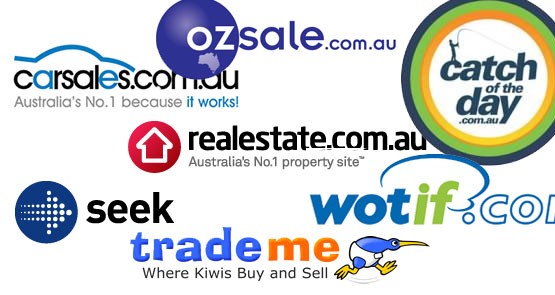 The second book in as many weeks detailing the fall of the House of Fairfax, Pamela Williams’ Killing Fairfax, details the fascinating story of how Lachlan Murdoch first saved, and then grew RealEstate.com.au into a $3 billion giant.

While Murdoch is often criticised as being the benefit of nepotism with little acumen of his own (largely due to his role in the One.Tel debacle), his championing of RealEstate.com.au within News Limited could very well represent one of the greatest digital investments ever made in Australia (and close to one of the best investments full stop). Consider our list of the best Australian investments of the internet era …

As Williams explains in great detail, RealEstate.com.au was only weeks away from insolvency before Murdoch invested $2.25 million in cash and another $8 million in contra advertising in the struggling dot.com. The investment netted News a 44% interest in in REA, which was later increased to 60%, making Murdoch’s $10 million bet (which in reality was far less) a $2 billion payday. To compare, many consider Peter Thiel’s US$500,000 purchase of Facebook shares (which was later sold for US$1 billion) to be the greatest angel investment of all time — Murdoch’s acquisition wasn’t far off.

Seek.com.au, founded by the Bassat brothers in 1997, was not always the unassailable monolith it appears today. In 2003, the business was struggling amid a spate of competition from not only Fairfax’s MyCareer website but also international players like Monster.com. James Packer’s investment was actually a “down round” (meaning that Packer’s investment was at a lower valuation than the previous funding round). Investing $33 million for a 25% stake, Packer would sell out six years later, making a profit of more than $440 million for PBL Media.

James Packer doubled up a few years later, with PBL investing $100 million in Carsales.com.au (which was also struggling in the face of heavy competition). PBL would sell its holding in the dominant automotive website within a few years for more than $500 million (by then Packer was no longer personally involved). Carsales still retains a heavy PBL influence, with PBL chief financial officer Pat O’Sullivan and former PBL chief executive Ian Law remaining non-executive directors.

Tiger Global and Catch of the Day

Based on US e-commerce business Woot, Catch of the Day was a relatively late starter to the sector but quickly overtook rivals like Deals Direct and Grays Online to become a leading online player. Founded by Gabby and Hezi Leibovich in 2006, Catch grew its product business from a garage before launching Groupon clone Scoopon in 2010 (by then, the business was turning over only $60 million). In May 2011, Seek executive Jason Lenga put together a consortium led by Tiger Global (which is run by 38-year-old billionaire Chase Coleman), for an $80 million funding round. While Tiger took the majority of the investment, smaller stakes were purchased by Andrew Bassat, Glenn Poswell and James Packer. The timing couldn’t have been better, with Catch using the investment to expand warehouse and logistics facilities and invest heavily in its successful Grocery Run business. With sales of more than $300 million, Catch is valued at more than $600 million, with Tiger tripling its investment in less than two years.

Fairfax and Trade Me

While Fairfax is best known for missing investment opportunities its purchase of New Zealand online classified business Trade Me, in 2006 was a rare bright spot. Fairfax held its Trade Me investment for five years before selling 34% of its stake in a 2011 initial public offering, and the remainder in stages until last December. In total, Fairfax collected more than $1 billion for Trade Me — a far cry from its many other digital disasters.

Famous for an investment in Twitter and Tumblr (and in Australia, a successful investment in Hitwise), New York-based venture capital fund Insight Venture Partners acquired a minority stake in OzSale in 2010 for $14 million. At the time, OzSale has 700,000 members and sales of around $40 million annually. Now a global business (with operations in New Zealand, Singapore, Malaysia and Thailand) and still run by founder Jamie Jackson and his brother Carl, OzSale has sales of more than $300 million with 5 million members. Insight’s $14 million investment is worth upwards of $100 million after only three years.

Wotif was founded by IT contractor Graeme Wood in the Brisbane suburb of Spring Hill back in 2000 with a couple of secondhand computers and one manual credit card machine. Wood managed to secure a $200,000 investment from Kevin Fitzpatrick (his accountant) and a couple of Queensland investors (Lyn Brazil, who is also the mother of Macquarie banker Ben Brazil, and Andrew Brice). The investors reaped around $100 million from selling a portion of their holding in Wotif’s 2006 float, and Wotif’s annual report notes that Fitzpatrick owns shares worth $41 million, Brice has shares worth $145 million and Brazil has shares worth $10 million. That’s a $300 million return for an investment of less than $200,000.

*Disclosure: Adam Schwab is the managing director of the AussieCommerce Group, parent of online retailers including Cudo and Deals.com.au