Premature declarations that plain packaging is helping stamp out cigarette smoking don't help. Neither side of the debate is fully committed to intellectual rigour. 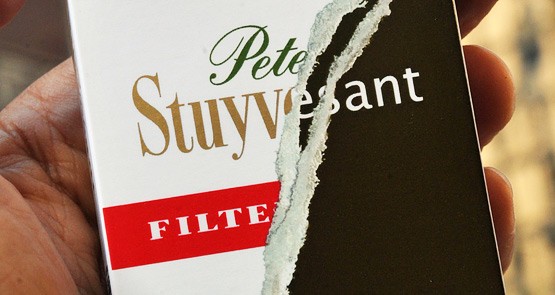 While the row over plain packaging of tobacco in the UK makes life difficult for Prime Minister David Cameron, here in Australia plain packaging got another run with the release of a report purporting to show that plain packaging reduces enjoyment of cigarettes and makes smokers think more about quitting.

This produced a round of stories in Fairfax, the ABC, the Conversation, the West Australian and Reuters, after Health Minister Tanya Plibersek issued a media release trumpeting the study, which was commissioned by the Cancer Council of Victoria.

Problematically, however, if you actually wanted to read the study, you couldn’t, because it and the associated report hadn’t been published yet in BMJ (which used to be called the British Journal of Medicine). The story was published overnight on the BMJ site. Journalists yesterday were thus forced to rely on the say-so of the government and the public health industry that the report said what it said.

The essence of the study was a phone survey of 536 Victorian smokers as plain packaging was being rolled out, with a group of around 390 plain pack users compared to the remainder, who were still using branded packs. The survey, which is statistically rigorous despite the relatively small sample size, found plain pack users were less satisfied with smoking, thought their cigarettes poorer in quality and thought about quitting more. However, despite one public health industry executive claiming plain packaging “[makes] it almost impossible for smokers to ignore the devastating harms of smoking”, there was no difference in how much plain pack users and branded cigarette users thought about the harm of smoking.

As the study authors make clear, whether these differences are due to plain packaging itself, or that graphic health warnings are now larger, isn’t clear. That important nuance was only picked up by the Reuters journalists. Plibersek’s media release conveniently elides the issues. The study authors also emphasise that the study was undertaken while plain packaging was being rolled out.

“BAT was asked for the sales data on which it based its statement by Reuters, the ABC and Crikey, but wouldn’t provide it on the basis of commercial sensitivity.”

But the key question is whether plain packaging has led to a drop in smoking. It’s key because plain packaging legislation was a significant government intervention into an already heavily restricted market, one that can only be justified on its own terms by a significant fall in tobacco consumption. Smokers’ satisfaction levels and thoughts about quitting mean nothing if behaviour doesn’t change.

British American Tobacco says there hasn’t been any impact. “There has been no noticeable impact on legal tobacco sales in the first six months due to plain packaging as smokers are still purchasing cigarettes just as they were before it was introduced,” BAT spokesman Scott McIntyre said in a statement, although he suggested any proper assessment of sales trends would need to be made over 12-18 months. BAT was asked for the sales data on which it based its statement by Reuters, the ABC and Crikey, but wouldn’t provide it on the basis of commercial sensitivity.

But both sides have some mixed motives when it comes to the impact on tobacco sales. One of the highest profile public health industry lobbyists, Professor Mike Daube, yesterday claimed “the primary focus for plain packaging was always to reduce smoking among children, but it is a real bonus that it has clearly had an impact on smokers”. That’s rather different to what Daube said when plain packaging was first announced, when he claimed “we know from research that it will have a significant impact on children and adults”. Is Daube readying for when we see that plain packaging hasn’t affected tobacco sales?

Either way, Plibersek’s media release statement that the study shows plain packaging is “working to put people off smoking” appeared at least a little disingenuous, though it depends on what you mean by “putting people off”. By the time some in the media had finished with it, we had “packs helping smokers kick the habit” (the ABC) and “plain cigarette packaging works: study” (the supposedly more rigorous Conversation). Perhaps the reports might have better if journalists had the actual report to work from, rather than a press release from one side of the debate?

Good points in this article, but it’s hard to really say either way without the sales data…even if they didn’t want to give gross quantities, surely BAT could indicate a percentage of any change to sales? That would then prove the argument either way.

One correction… BMJ was never the “British Journal of Medicine”. It was “The British Medical Journal”.

Ha Ha Ha. This was meant to be a joke piece right?. I mean you wanted to get the f a c t s before you wrote a negative story? Why change the habit of a lifetime? Surely you will find a female member of the government kind to crucify over whatever it is you are writing negatively about. The fact is that the actual number of people who have stopped smoking, and who have been prevented from smoking may never be known,thanks to the same money that promotes smoking as a safe activity. But don’t let that get in the way of commercial activity.

Yes, the “reports might have [been] better if journalists had the actual report to work from”, but more to the point they’d have been better if the journalists had refused to write them until they had the report. I don’t blame politicians for being dodgy; that’s what politicians do. I blame the media for letting them get away with it.