What’s in store in PNG

Orm Grace writes: Re. “‘No way’: PNG reaction to the boat people plan” (yesterday). I lived in PNG from the late 1960s to mid-’70s. In 1990 I survived a murder attempt while on a visit to PNG. As an airline pilot with Air Niugini I got to see the country and to know the people. There now exists there one of the highest rates of violent crime, domestic and s-xual violence.

Infrastructure is sadly lacking, especially in Port Moresby, where unemployment has soared since independence. The Minister for Trade and Commerce, Richard Maru, stated recently 66% of people in urban areas would be sent back to their villages with no hope for the future.

So what future is there for refugees arriving by boat from Indonesia?

Guy Rundle writes: Re. “Poll Bludger’s seats of the week: Queensland’s swinging Forde and Herbert” In yesterday’s Crikey, I couldn’t help but notice the resemblance between recent political trends in the federal seat of Forde

and our wonderful country: 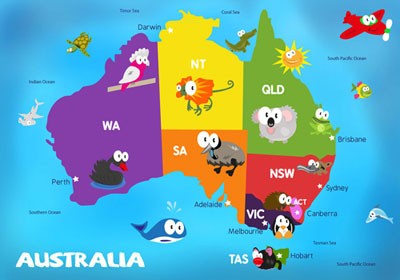 I presume the red and blue lines on the left side of the picture are billionaire terrorist refugees in sinking boats fanning out from Christmas Island to destroy our way of life. Are this new country and the one I grew up in possibly related? I think we should be told, because at the moment it seems f-cking unlikely to me.

Les Heimann writes: Re. “The Rudd Solution passes political test, but can it pass policy test?” (yesterday) What an elegant solution. For years the wringing of hands and thousands of journalist hours was for nought as the boats kept limping toward our shores, disgorging thousands of people seeking a new life in Australia. Rudd did what no one else could: “No one arriving by boat will be settled in Australia.”

That’s what we wanted. Forget the cynical wringing of hands about drowning, forget the “noise”. Australians simply don’t want their country held to ransom by anyone or anything, and a flood of uninvited has been more than just a thorn in our boot. We want order and for us to decide who comes to our land, how, and under what conditions.

So Rudd has solved this, and the latest figures I have of the MSN poll on this was that of 26,000, 74% support the solution.

And how elegant the reaping of money to poultice this wound.

Abolishing the tax rort on cars is a master stroke. For years it has been a source of anger that some taxpayers can have their fares to and from work paid for, their driving holidays and all their private car use for free while the vast majority of wage slaves look on.

So Rudd has satisfied the people in a double hammer blow.

Of course members of the opposition gnash their teeth in frustration at their own inability to think this up. The media, as should be expected, is all over this, not with praise but desperately trying to bring down the two triumphs. Is Kevin Rudd reborn?

Who knows but he has demonstrated in a few short weeks just how superior he is at the main game. I was one who applauded from afar to see him gone. How wrong I was then and how pleased I am now.

The Rudd Solution: all maritime arrivals to be resettled in PNG

Oh Les,
I’m not in your ‘we’. There has got to be a totally different approach than demonising people who risk their lives on small boasts with unknown crews after fleeing conflict or persecution. Sure welcoming them to Australia may raise social problems, bu nothing like the issues they have already faced.

Great letter, Les! I see Kevin Rudd’s solution as a ‘diplomatic’ one, rather than the alternative ‘policy of conflict’ with Indonesia, as advocated by the Coalition.
Still think Rudd is the most intelligent person in federal politics at present.
As for all the personal abuse leveled at Rudd – who cares what character traits he might (or might not) have. If he can negotiate a deal with two countries, Indonesia on visas and PNG on the transfer of asylum seekers, that will do me!
All the rest is just noise (and jealousy!!)