Victorian Labor is at breaking point as the battle for preselection in Simon Crean's seat of Hotham turns nuclear. Letters and accusations are flying ahead of tonight's vote. 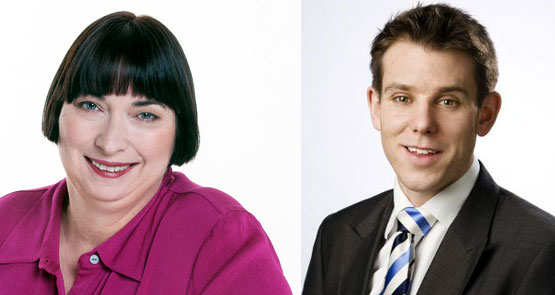 Right-wing Victorian Labor forces have pledged to run a scythe through the lower house ambitions of Hotham preselection hopeful Geoff Lake as the party’s public office selection committee prepares to rule on his future tonight.

Melbourne Ports MP and Bill Shorten loyalist Michael Danby has released an incendiary statement this morning backing Lake rival Rosemary Barker, despite Lake’s rank-and-file triumph in last night’s local ballot with 59% of the vote, 252 to Barker’s 177. Under Labor rules, preselections are decided half by members and half by the powerful central panel.

Danby says his “supporters will be voting for Rosemary because she’s a positive, unifying figure in our party who has drawn on support from across the Labor spectrum, from both Left and Labor Unity, not only because we’re keen on getting more women into Parliament but also because we’re conscious that it’s important to elect positive, community-focused people who can constructively be members of a team.”

The veteran backer of Israel and joint intelligence committee tsar accused Lake of bringing the party into disrepute by revealing details of polling irregularities yesterday to Melbourne newspaper The Age.

But Lake hit back hard this morning, telling Crikey that although there were instances of a local vote being knocked over 15 years ago in marginal non-held state upper house seats, such an assault would be unprecedented in a serious high-profile contest such as this one.

“Hotham have delivered an emphatic result and one which significantly exceeds my most optimistic assessment for how local voting would go,” he said. “It is time for the party to bind together locally in Hotham around the candidate overwhelmingly endorsed by local members as the best person to succeed Simon Crean and to take up the fight to Tony Abbott locally at the coming election. Although many refer to Hotham as a safe Labor seat, it cannot be taken for granted.  If Labor’s recent result in the Lyndhurst byelection is repeated at the federal election, then the Liberals will win Hotham.

“It is time for the party to get behind the candidate who has been strongly backed by locals on the ground as the best person to take the fight up to the Liberals. I am ready for that fight and feel humbled by the faith party members have placed in me through their strong endorsement of me in local ballot.”

Lake needs 42 votes on the central panel to win tonight. He says that by rights, Barker, who did not return calls, should have been able to command 55% of the local vote on her Vietnamese and Cambodian stacks alone. Instead, she got just 41%. “She’s an untenable candidate who cannot possibly be supported over a candidate who has not only secured almost every single genuine rank-and-file vote but has achieved serious inroads into her ‘impenetrable, rock solid’ stacks,” he said.

There are various paths to victory for Lake, with the Socialist Left’s 37 POSC votes seemingly proving crucial. But he could also conceivably cobble together a coalition of Stephen Conroy supporters, the shop assistants’ union, the National Union of Workers, the Ferguson Left and the Unity and Community Alliance to emerge with 43 votes. He says he’s confident of victory.

But Danby was unbowed, comparing Barker to respected Queen’s Counsel and member for Isaacs Mark Dreyfus, who famously beat off Anne Corcoran for preselection in 2006 after losing the local vote. He said in the statement to Crikey:

“In the ALP in Victoria we balance the local membership vote with a central group of people from across the whole party, who have the broader interest of the whole party in mind when selecting candidates. We carefully judge their character, their life experience, their involvement in the party and whether they can play a constructive role as part of the Labor caucus in Canberra. That’s why, for example, when now — Attorney-General Mark Dreyfus QC contested the Isaacs pre-selection, the POSC selected him even though he received a lower local vote than his opponent. He has proven himself to be an adornment to the Parliament and I have no doubt Rosemary will do the same.”

The Australian Workers Union has eight votes on the 100-member POSC, the usually supportive Plumbers Union and the Asmar crew on five along with two frequently side-changing delegates from the Suleyman clan. Danby’s Melbourne Ports federal electorate area has two, with Russell Atwood from the Australian Services Union somewhere in the middle and Conroy seven for a grand “ShortCons” total of 25.

A Conroy defection from the “ShortCons” would explode the Victorian party’s stability pact with the SL and spray blood over every preselection for the forseeable future, especially in Left-held state seats like Thomastown and Mill Park where the Right is claiming the local numbers are in its favour. Conroy told Crikey this morning that he “doesn’t comment on internal party matters and never has.”

Tonight’s meeting will also decide on David Feeney’s replacement in the Senate and the number 3 position on the upper house ticket, with both gigs rolled into one at the behest of Labor’s national executive. In that battle Conroy spear carrier Mehmet Tillem is pitted against Shorten’s friend Kimberley Kitching.

Intriguingly, nearly all the major players were present at Kim Carr’s A Letter to Generation Next: Why Labor book launch at Pei Modern in Collins Street this morning, however observers told Crikey the focus remained firmly fixed on the podium throughout.Crikey revealed yesterday that Victorian upper house MP, AWU powerbroker and Shorten-Danby associate Cesar Melhem has written to SL faction chief Andrew Giles to tell the Left who to vote for tonight. In the forthright letter obtained by Crikey, Melhem says the Unity caucus had endorsed Barker ahead of Lake, and Kitching ahead of Tillem.

Melhem claims Kitching has the support of 18 out of Unity’s 25 POSC delegates and that the Unity caucus would move to formally anoint her at 4pm today. Under the pact, the SL would then add its numbers to the vote, leading to an absolute majority and a six-month Kitching stint on the Senate’s red leather and a likely extended Capital Hill sinecure for Barker.

However, Crikey understands Melhem’s numbers are hotly disputed, with furious mobile calls being made to shift the balance in Tillem’s and Lake’s favour. Crikey first revealed the looming crack-up on Friday night.

In the letter to Giles, who declined to respond, the plain-speaking member for Western Metropolitan explains the situation thus:

“The Labor Unity group has entered into in an agreement with the Socialist Left for the stability of the party and the selection of candidates to make a positive contribution to the good government of Victoria and Australia. This agreement is widely-known as ‘the Stability Deal’. Pursuant to processes well-established within Labor Unity (Short/Con) we have agreed to endorse Rosemary Barker — our only candidate in the Hotham preselection — and will ratify that decision at the meeting of our POSC caucus on Tuesday evening.

“Further, the Labor Unity Executive agreed that we will only support members of the Labor Unity group for the Senate vacancy and that the decision — in the event of a contest — would be made by a majority of Labor Unity POSC members, and would be a binding decision. At the close of nominations, Kimberley Kitching and Mehmet Tillem nominated. I am writing to inform you that Ms Kitching has provided me with the written pledges of support of 18 of our 25 POSC delegates.

“Should there be any doubt, these can be provided to you. Accordingly, I expect Ms Kitching will be ratified as the Labor Unity candidate at our POSC caucus on Tuesday at 4pm, or should Mehmet receive a majority support he will be the endorsed candidate…in other words whoever gets the Majority vote will deemed to be the LU candidate in line with our agreement as this seat is allocated to the LU — the same as the other 2 seats [for] which the Executive have endorsed Rosemary for Hotham and Joanne Ryan for Lalor.”

The surprising internal ruptures in the Right have left Left observers entertained and incredulous in equal measure. They are expected to run dead on the issue tonight.

In other preselection news, Joanne Ryan will succeed Julia Gillard in Lalor after snaring 74 of the 88 rank and file votes. And in Craig Emerson’s more marginal Queensland seat of Rankin, former Wayne Swan staffer Jim Chalmers has seen off a technical challenge from former Forde MP Brett Raguse and will take on LNP lawyer David Lin at the election.

Danby’s support equals the kiss of death credibility wise given that he is the Member fo Israel first a foremost….is there a less credible Labor Federal MP?

” but also because we’re conscious that it’s important to elect positive, community-focused people who can constructively be members of a team.” Danby

Wow! I think that’s code for she can be easily manipulated.

Am I understanding this right? Most of the members can give majority support..ie..vote, but the “Panel” can override the vote even though most of members want it the other way. is this right?

Michael Danby is known in his (and my) seat of Melbourne Ports as ‘The Member for Israel’, I’m surprised that he has any interest in local politics.

The Member for Haifa Ports.

So, the POSC ended up backing the will of the rank and file. Good to see the dirty tactics didn’t succeed. Hopefully Lake will help to reinvigorate the caucus.