In your royal baby-free (almost) edition of Crikey ... Has plain packaging worked? The ciggie makers won't tell us. Margot Saville in the pub with Rudd. And the latest on the battle for Hotham. Plus why Brett Clegg is going back to News Corp. And Killing Fairfax: we're at the launch.

All hail the future king of Australia, the eight-pound bouncing baby boy born overnight to the sound of gunfire and the flash of hundreds of cameras aimed a funny man in a silly hat, with a publicly funded silver spoon planted in his little mouth and a hereditary birthright to one day rule over Britain and what’s left of the Commonwealth — including all of us. 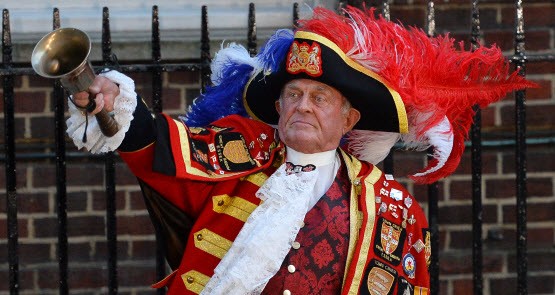 And while we’re of course thrilled for the proud parents, while we can revel in the pomp of it all, we can’t help but look ahead to when William and Kate’s little tyke is sitting on the throne. Kevin Rudd might have assured Labor prime ministers can’t be sacked by their colleagues, but King George (that’s the favourite name with the bookies) will be able to cut off their heads whenever he likes. No reform to that, of course.

By the time King James (second favourite) takes the crown Australia will probably be a republic, finally free of the antiquated constitutional shackles of all this royal nonsense. Probably — though that’s something we might have said 20 years ago …

At least it won’t be King Rupert.

Another opportunity for corporate promotion: British-based Virgin Atlantic Airways was possibly the first to announce a royal baby promotion. To commemorate the birth of the third in line to the British throne, the airline is offering a perk to US airport passengers who are third in line. For 24 hours from the birth announcement, the third person issued a boarding pass for Virgin Atlantic flights to London from San Francisco, New York-JFK, Washington-Dulles, Boston or Newark, NJ will receive two passes to Virgin’s Upper Class Clubhouse for a little preflight “royal treatment” (as in free cocktails, high-end appetizers and castle-like sanctuary from those airport commoners).

I don’t mind if the new heir ultimately becomes our sovereign. Look what happened to the USA after it cut ties with Britain – it became the school bully and also lost its sense of humour.

Punctuation alert – “baby boy born overnight to the sound of gunfire and the flash of hundreds of cameras aimed a funny man in a silly hat,” – the man in the silly hat is NOT going to rule over us, with or without a silver spoon in his mouth.
To misquote, “for want of a comma, a meaning was lost…”

I was hoping they would name him Joffrey