Democrats revive. The Australian Democrats are back, baby. The party that would keep the bastards honest hit rock bottom late last year — it was almost deregistered by the AEC, had no national president for a time, had no MPs in any jurisdiction, and was paralysed by a bitter internal split. One camp was sympathetic to former senator (and briefly national president) Brian Greig, the other was “the Sandra camp” — the faction of former South Australian MP Sandra Kanck and Darren Churchill.

Things might be looking up. Hayden Ostrom Brown, a 21-year-old Melburnian, was declared the party’s national president on Monday night after a postal ballot of members (he got 60% of the vote). He’s not in the Kanck / Churchill faction. Brown told Crikey “the party’s sorted out its internal issues”. “I think people are looking for a different option now,” he said, and claimed membership was rising. The Dems will soon announce more candidates for both houses in the federal election. Will they manage to scrape a seat? Sadly, it seems Natasha Stott Despoja is not making a comeback at this stage.

Party time. Crikey has been compiling membership numbers for our political parties, and comparing the numbers with other clubs and societies. Turns out our political parties are rather on the nose. We’ve added to the table we ran yesterday thanks to tips from readers: The Australian S-x Party has 5583 members, the Democrats are believed to have just over 1000, and the Pirate Party has 750 members. Which might sound all right, until you realise that Collingwood has 76,000 members and the Freemasons 40,700. Check out our updated table here.

If you’re a member of any party, tell Tips the gossip. Sounds like it’s not too exciting in the Liberals — a mole passed this on:

“Some years ago a friend who had long been a Liberal member decided to stand for a state seat. He chose an electorate and joined the only branch — and found it had seven other active members (attended meetings, folded envelopes etc). When preselection time came they all voted for another candidate who never attended meetings or helped out. He later found they were all members of the family!”

Mandarin cull. We’re interested in KRudd’s plan to cut 800 high-level public servants. This from an ex-bureaucrat:

Guess who? Thanks to the film buff who sent in this movie poster from the 1950s. Apparently it reminded our buff of someone … 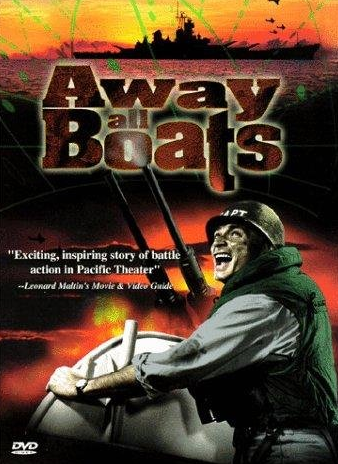 Maccas Facebook ban? Protesters trying to prevent the construction of a McDonald’s near Victoria’s Dandenong Ranges have been ordered not to use Facebook or Twitter as a “call to arms” to cause damage and loss to the fast-food giant. Crikey has obtained the full court order after Maccas slapped a writ on the so-called “Tecoma Eight” on Tuesday. The order is meant to be displayed at the site but BurgerOff spokesperson Garry Muratore advised us today that “There are no court orders on the Tecoma site. McDonalds security are photographing protestors and telling them ‘it is illegal to do so’ When challenged and asked by what authority they are being told ‘we read an article in today’s Herald Sun‘.”

By the way, the local council received 1300 objections to the construction of the restaurant, 650 residents attended the council meeting considering the planning application, and the council rejected the application.

Any legal types like to tell us about some of the ramifications and implications of this social media “incitement” ban? Would it be hard to enforce? In the meantime, if you’re a supporter of freedom on social media, check out the protesters’ Facebook page. We hope Maccas doesn’t sue us …