Pakistani education advocate Malala Youseffzai did not let an attack by the Taliban silence her. Her reward? A backlash, laden with conspiracy theories and victim-bashing. 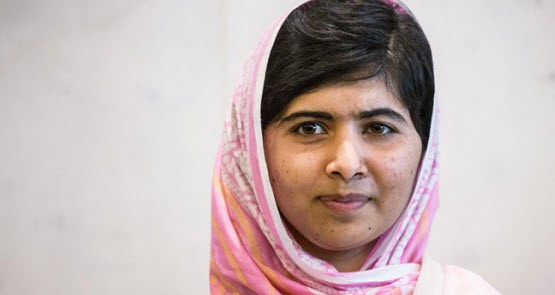 Pakistani teenager Malala Yousafzai may have become a hero to many in the West. But in her home country, she’s been accused of being an attention-seeker and an opportunist — and senior figures still refuse to name and shame the attackers who shot her in the head.

Malala — Crikey’s person of the year for 2012, as voted by readers — became a global symbol of female entitlement to education, after she was shot by Taliban gunmen on a school bus in 2012. She celebrated her 16th birthday last week by giving a speech at the United Nations Youth Assembly, calling for free, compulsory education for every child. She has met with high-profile national and international figures, and won Pakistan’s first National Youth Peace Prize in 2011. As Malala told her UN audience:

“Dear friends, on 9 October 2012, the Tailban shot me on the left side of my forehead. They shot my friends, too. They thought the bullets would silence us, but they failed.”

In claiming responsibility for the attack, the Tehrik-i-Taliban stated:

The attack generated a surge of condemnation. Within days, however, this national consensus fragmented into a melee of double-thinking and cognitive dissonance.

The backlash against Malala found form in conspiracy theories and victim-bashing, all of it masked beneath platitudes of tender concern for her well-being. Despite the Taliban’s explicit claim of responsibility, many Pakistanis refused to believe her attackers originated with their country, instead blamed a CIA and/or Zionist plot to defame Pakistan and justify drone attacks. One op-ed, which claimed to detect CIA “footprints” on the shooting of Malala, stated:

“It is also intriguing to note after the attack on Malala Yousaffzai the casualites from drone attacks increased to 18 and 27 the day before and yesterday respectively. This precious loss of life and the crimes against humanity commited by the US against these innocents is now not drawing any attention in the international media.”

Cricket legend turned politician Imran Khan exemplified this line of thinking, visiting Malala in hospital and offering to cover her medical expenses. However at a press conference, “Taliban Khan” (as some media dubbed him) repeatedly declined to name her attackers, later citing his commitment to a political solution and his concern for the safety of party workers.

Others accused Malala of being a witting or unwitting CIA agent. Samia Raheel Qazi, a prominent member of the Jamaat-e-Islami’s women’s wing, triggered outrage after she tweeted a photograph of Malala and her father attending an NGO meeting with Richard Holbroke, who at the time of the photograph was the US envoy to Afghanistan and Pakistan. Qazi tagged the image as “Malala amreekee foji hukkkam k sath” (Malala with the leader of the American military).

Like most of those casting doubt on Malala’s loyalty, Qazi condemned the attack itself (while not holding the Taliban responsible) and professed to love the object of her vilification:

“#malala May u live long. Get well soon dear candle in the wind.”

The Malala backlash plunged to new depths after her speech to the UN last week. Imran Khan’s PTI party failed to pay tribute to her, until Khan sent out a belated tweet expressing his admiration, but once again failing to name the Taliban as her attackers. The Chief Minister of Panjab tweeted that the speech seemed tailored for “global consumption” (a tweet he later deleted). On Facebook, Pakistanis and those of Pakistani origin described Malala as an attention-seeker, an opportunist, with those who expressed support for her slammed with the label “BC” — behanchud (sister-f-ker). And over and over again, the discussion turned back to drone attacks. This has overshadowed analysis of the attack on Malala.

And drones, too, are having an impact on education. A report from the Stanford International Human Rights and Conflict Resolution Clinic documents the impact of drone attacks in North Waziristan in terms of casualties and their impact on family networks and communities. Fear of drone attacks has led parents to take their children out of school.

Yet the growing movement against drone attacks ought not to be permitted to distort the just condemnation of the men who boarded a school bus, singled out a child by name, and shot her through the head. It ought not to be too complicated to speak out against both terrorist attacks upon school students and assassination conducted by drone. And yet, much of the analysis of Malala’s speech has treated the situation as a zero-sum game in which any attention paid to Malala is at the expense of drone victims.

It is only to be expected the attack on Malala is being used to justify US drone attacks in Pakistan and beyond. But this should not lead to a dilution of support for Malala, or to excusing the attack on her. And we should be aware that if Malala’s voice is being opportunistically appropriated by war-mongers in the US, our own voices are appropriated by the Taliban and other misogynist voices within Pakistan when we express our sympathy for her.

The Talibans only regret is that she is still alive. While they continue their tradition as a cartel of old dry men making up rules that exclude women from any religious or political process; they will continue to be without credibility in any discussion regarding popularly elected governments. Fear of death for non compliance because you have a different opinion is one thing, but if you have a different opinion and you are a woman, then they are more barbaric that rupert murdoch, & that is saying something.

Further to Dr Mick’s comment, no wonder the perpetrators are clinging to anonymity – imagine the monumental shame of cocking up a task as simple as shooting defenceless children captive in a bus.

I’d suggest that the US would rather not spend money on drone attacks & would far prefer the Taliban to just blow themselves up. If the local population want to stop the drone attacks then get rid of the terrorists in your midst. The mean spirited comments about Malala seems to indicate that there is a “healthy” population of Pakistanis who are quite fond of the Taliban & their philosophy.

Yes, Mikeb, good point. The inability of the whatever corrupt Pakistani government over the past years to actually govern the country properly has allowed the Taliban to flourish – stop blaming drones, women, the US, whatever. How about some decent govenment and take on the Taliban.

It's Just Too Hard

Oh dear oh dear. Who in their right mind would n’t condemn the attack on Malala?

But there is just too much of a Wag the Dog story here.

Does it bother the author that the Neocon and CFR blue print is all over this like a cheap suit.

I am sorry, but it has all the hallmarks of a classic CIA psyop gone very wrong. She survived, but they turned it around anyway.