The thought is spreading -- the idea that the Liberals might, just might, replace Tony Abbott if the polls keep moving against them and Kevin Rudd delays calling his election.

Only a ‘just might’. The thought is spreading — the idea that the Liberals might, just might, replace Tony Abbott if the polls keep moving against them and Kevin Rudd delays calling his election. This morning it was the turn of former Peter Costello aide Niki Savva writing in The Australian. After mentioning that the first reason for Labor going to the polls asap was that PM Rudd “will struggle to keep a lid on the hatreds within Labor,” Savva, a journalist with more insight into the Liberal Party that most, continued: 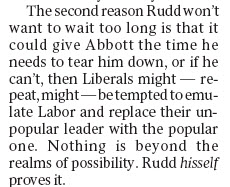 A warm June and the ice melt speeds up. The world had a hot June with NASA reporting the only warmer June in the global temperature record was 1998. In that record hot year there was a strong El Nino effect but this year, by contrast, has been hovering between a weak La Niña and ENSO-neutral conditions, which would normally mean below-average global average temperatures.

Not surprisingly the warm temperatures have had an impact on the Arctic ice melt. 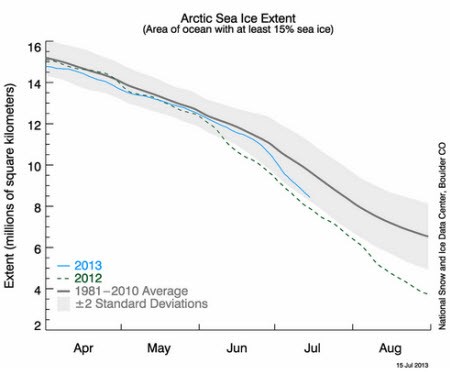 And the accelerating melt is continuing with ice loss even faster than usual over the first two weeks of July 2013. As a result, on July 15 the ice cover came within 540,000 square kilometres (208,000 square miles) of that seen in 2012 on the same date. The ice loss is dominated by retreat on the Atlantic side of the Arctic, including the East Greenland, Kara and Laptev seas, and Baffin Bay. In the Beaufort and Chukchi seas and much of the Eurasian coast, the ice cover remains fairly extensive, especially compared to recent summers. Compared to the 1981 — 2010 average, ice extent on July 15, 2013 was 1.06 million square kilometres (409,000 square miles) below average.

The Antarctic is not escaping the warmer weather either, with NASA’s Goddard Institute for Space Studies reports showing parts of the southern continent being almost off its heat anomaly chart. 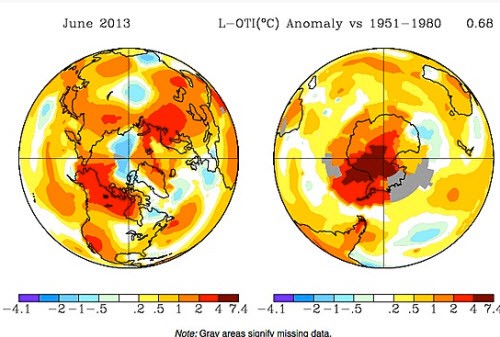 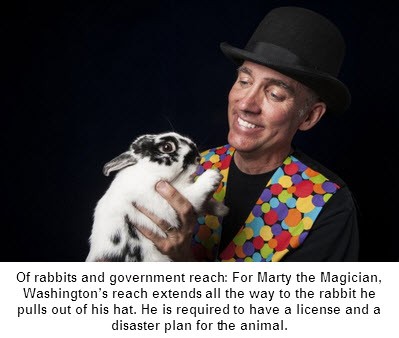 I’m a member of the Liberal Party and I can assure you that Abbott will lead the party into the next election. We’re not Labor. We look beyond the next poll and understand the ramifications of such a hasty panicky move.

For a worked example, look at Labor. Win or lose the election, as a party they are completely stuffed and if the dear leader gets total despotic control, they will soon become unelectable.

The Westminster system took hundreds of years to develop and though modern media and communications invite change, the system still works quite well if used properly.

For a worked example about how not to do Westminster, refer Labor.