Tensions get to Liberal staffer? ... Greens dare to charge for fundraiser ... Alexander Downer circa 1897 ...

Liberal tensions. It’s not easy being a political staffer (read Jessica Rudd’s expose — which she has now apologised for). Is the rumour true that a certain Liberal staffer has had to take some time off due to the stresses of the work environment? The pressure is certainly sky-high in federal politics, and not all staffers get along. If you know more, send us a little anonymous snippet.

It ain’t easy being Green. How dare the Greens use a fundraising event to try to raise funds? This was passed on to us by a mole who said: “This Facebook snapshot showing [the Greens] cruelly putting winning elections above the needs of someone doing it tough on Newstart is certainly raising a few eyebrows.” 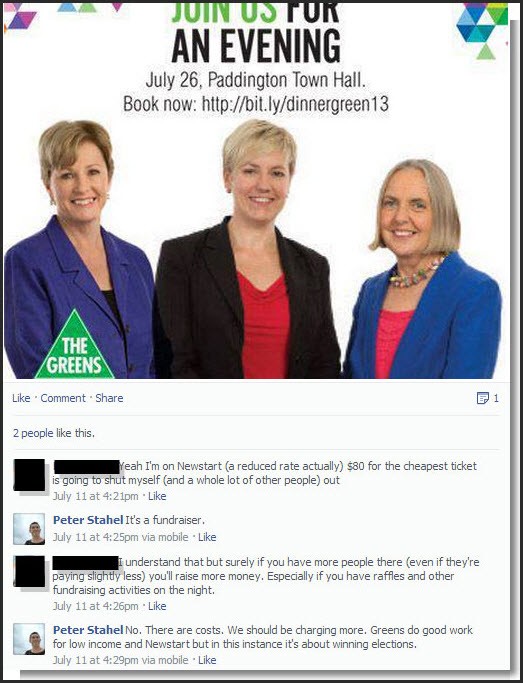 Concession tickets to this three-course meal (plus entertainment, tea, coffee) cost $80 — and you can volunteer and hence get in for free. Crikey’s verdict? Stop whingeing.

Blast from the past. Can you spot the resemblance? 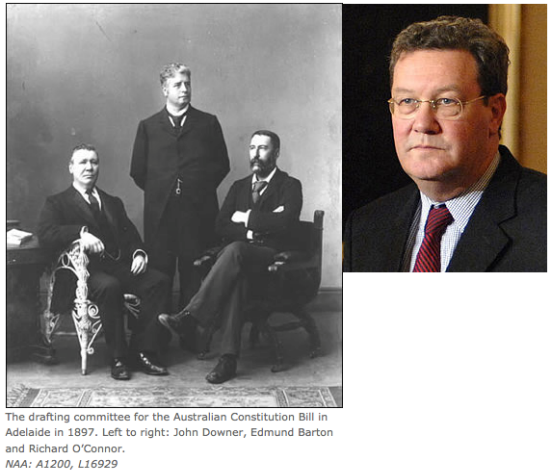 The researcher who came across the old pic pointed to “the purity of the Downer bloodline. Slytherin House would be proud! 116 years later and the only difference between John and Alexander Downer is the buzz hair cut on the side.”

Clive Palmer the historian. Tips was hanging out on the website of the Palmer United Party yesterday, and we noticed that under the section “About us — former leaders” it lists some big names … 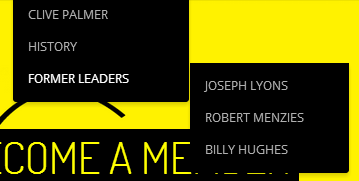 One wonders what Joe Lyons and Bob Menzies would make of being appropriated thus by Clive Palmer.

Raiding your bank account. Watch out — since May 31, the federal government has had the right to seize the cash from any bank account you have that you haven’t used in three years. The money goes to the Australian Securities and Investment Commission, and apparently it’s possible (but difficult) to get it back again. A reader reckons “bank accounts are being increasingly closed” and some people don’t even know it. Has anyone fallen victim to the government’s bank raid? Tell us about it if so. Tips has a funny feeling there might be an old CBA account in her name somewhere … probably not any more. Let’s hope Kevin Rudd puts the money towards his cushion, whose name is Barry.

The secrecy around Witness K is not for national security. It’s for face-saving

To breach his own