Having a whale of a time at the ICJ, where diplomacy gets mean

Legal tempers are fraying as Australia takes on Japanese whaling in the International Court of Justice in the Netherlands. Priya de Langen, a freelance writer based in The Hague, sat in the courthouse for Crikey. 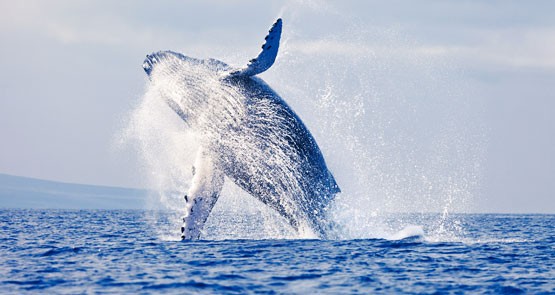 There’s little happening outside the courthouse in the Netherlands where Australia has taken on Japanese whaling via the International Court of Justice. But head inside and the proceedings are what could only be described as fiery. If there were an advisory label for legal proceedings it would have stated: “Rated L. Use of strong legal language.”

Crikey sat in the media section in the court in The Hague this week to see how the case was unfolding. Japan was submitting its final arguments, so its counsel took to the floor with both guns firing. Professor Payam Akhavan of McGill University, counsel representing the government of Japan, stated that “Australia is clutching at straws” with its arguments and said Australia had “a conspiracy theory about JARPA II” (the name for the whaling program).

He added that Australia’s allegations that Japan had acted in bad faith were akin to: “Japan has lied, and that it has done so systematically, as a matter of state policy for almost 30 years, before the scientific committee, before the IWC, and now, before this court”. He declared this was an affront to the dignity of a nation.

So what is this case — which has escalated into a feud over national pride — all about? Australia instituted proceedings against Japan in May 2010, over Japan’s Second Phase of Japanese Whale Research Program under Special Permit in the Antarctic (JARPA II).

Australia alleges JARPA II is in breach of obligations assumed by Japan under the International Convention for the Regulation of Whaling (ICRW) laid out in 1946, as well as other international obligations.

The case has been followed by worldwide media such as the BBC, CNBC and The Guardian, plus various interested parties, from governments to anti-whaling activist groups such as the controversial Sea Shepherd Conservation Society.

It hasn’t always been easy to get in to hear the case. In the first week, the ICJ cancelled advanced public registration for the hearings, stating a lack of space in the courtroom, and priority was given to members from the three delegations (Australia, Japan and New Zealand, which has taken Australia’s side) and members of the diplomatic corps. However, the public was allowed in on a first-come, first-served basis.

The public numbered 15-20 on an average over the past few weeks. The day I attended was a subdued affair outside the court — only a handful of people attended the hearings, which included international law students from Kobe University. Witnesses mentioned that people who had turned up in the morning, including Sea Shepherd members, had been turned away due to “a lack of leg space”, as one official put it.

Only a handful of journalists were present in the press room at ICJ.

Throughout the day, Japan addressed the ICRW framework, how it was complying with its international obligations and ICRW requirements for whale research and conservation, as well as why JARPA II constituted scientific research.

“If there were an advisory label for legal proceedings it would have stated: ‘Rated L. Use of strong legal language.'”

Japan argued that JARPA II adhered to Article VIII of ICRW, which allows governments to kill, take and treat whales for scientific research. This article also forms an integral part of the convention, it argued. Moreover, Japan said that Article VIII “leaves each state free to decide for itself what should be included within its program of scientific research”.

Japan said it had never denied that the objective behind the whaling program was the resumption of sustainable commercial whaling.

According to Australia, JARPA II lacks “any demonstrated relevance for the conservation and management of whale stocks” and presents a risk to targeted species and stocks. However, Japan says it is evident from official records from the International Whaling Commission “that JARPA and JARPA II have made useful contributions to the Scientific Committee since at least 1990”.

The JARPA II program has a quota — 850 minke whales, 50 fin whales and 50 humpback whales annually. Australia pointed out the quota had not been reached; Japan concurred, saying the reason was attacks by Sea Shepherd.

Japan stated that Australia’s best case was that there was scientific disagreement on JARPA II and Australia wanted Japan to stop lethal research on whales. “That is the sole reason for its critique of JARPA II,” said another counsel, professor Alan Boyle of the University of Edinburgh.

Japan strongly argued that no scientific theory, not even “Newtonian physics and Darwinian biology, is unassailable,”  but just because some scientists disagreed with the methodology of the program did not mean it was not scientific. Japan said that JARPA II “does not require scientific consensus. It merely requires scientific purpose.”

After three weeks of hearings, both parties stated they were positive that they had presented strong arguments and that they would accept the judgement of the court.

When asked about the verdict, Bill Campbell, QC, general counsel, said that he did not like to predict and it was for the court to decide. “We are confident that we put in the right amount of resources, we have very experienced counsel, and we worked very hard in developing the case in the written and oral stage,” he said.

Noriyuki Shikata, spokesperson for the Japan delegation, was optimistic. “We think that we have made a strong and proper case, and we certainly hope that we will win. We have a very strong case that our program is for research according to the convention,” he said.

Now it is up to the court to decide if Japan’s JARPA II is scientific whaling and can continue, or is just commercial whaling in disguise.

The last day of arguments was yesterday. The judgement is expected to take some months.

Judging by the dearth of scientific papers on whales published by the Japanese it appears that killing them in order to study them isn’t productive.

Perhaps it would be more effective for Japanese scientists to study them while they’re alive.

There is no dearth of scientific papers. Over two hundred peer reviewed papers have been published.

And some of the data they are collecting can’t be done on live whales.

ABC’s Catalyst did a review of the scientific papers in June 2006, the full transcript is available online. There were three on the review panel:

I have read it. I have even watched the video.

It does make an interesting study on bias ‘science’. And it also only covered JARPA, not JARPA II which is the target of Australia’s case.

It would be nice if articles about this could at least consider events and evidence presented in the last three weeks instead of just the latest controversial statements.

New Zealand’s representatives explained to the court that Article VIII of the ICRW is not separate or unbound from the rest of the convention and was only ever intended to be used in a limited manner for critical needs. New Zealand also pointed out that the 1946 ICRW created a conservation mandate. It’s even in the preamble of the convention which empowers the IWC to limit and regulate whaling by prohibiting methods or equipment, protecting species, setting quotas, closing areas and seasons to hunting, and more.

Australia’s representatives explained that Japan has never intended to kill whales for ‘research’. In fact, Australia presented past quotes from Japanese officials blatantly stating they were going to use ‘science’ to openly defy the moratorium and continue whaling even before the commercial whaling quotas were ended. In one historic example presented to the court, in 1976 when the IWC set Bryde’s whale quotas to zero to protect the species, Japan responded by issuing itself a ‘special permit’ and killing over 200 of the protected whales the next season.

Australia went on to hack apart Japan’s poorly designed and completely unnecessary ‘lethal research’ programs which have been condemned and criticized by scientists all over the world since they began.

Japan’s response has been to first declare the court has no jurisdiction… Then declare all of the other countries are out to get Japan because of cultural differences and ‘tyranny of the majority’ (otherwise known as democratic votes)… Then declare that Japan’s ‘research’ cannot be questioned or evaluated when (in summary) ‘it’s science because Japan says it’s science’.

Unfortunately, Australia focused entirely on the abuses of JARPAII and Japan’s other historic regulatory violations were not also put on trial. Let’s not forget the pirate whaling of the 1970s and 80s where Japan setup poaching operations in foreign countries to kill an excess of whales outside of IWC regulations and smuggle the illegally gained meat to Japanese markets.