Australian mags are getting in on the excitement over the imminent arrival of the royal baby. But do you really need to knit Wills and Kate and bub?

So will the boats be turned back or not? Yesterday Indonesia’s Foreign Minister Marty Natalegawa spoke about asylum-seeker policy in light of the ongoing political debate in Australia. So does Indonesia support the Coalition’s policy of “turning back the boats when safe”? Well, that depends which newspaper you read. News Corp’s Australian splashed with it on its front page, saying Indonesia was open to the idea:

“Jakarta has raised the possibility of co- operating with the Coalition in turning asylum seeker boats back at sea, with the Indonesian Foreign Minister saying the nation is willing to discuss Tony Abbott’s controversial policy.”

The Herald Sun, its tabloid sibling, chucked in two lines about Natalegawa’s comments in an article about an increase in Vietnamese asylum seekers, also noting that he had “left open the prospect” of allowing Abbott’s plan, but there were no quotes to be found. We criticise News Corp’s political reporter Gemma Jones at times, but at least she provided a number of quotes from the Indonesian Minister in this Daily Telegraph page six article.

Over at Fairfax, it’s a different story all together. The Age declared Natalegawa’s comments a “broadside” against Abbott in this page five article:

“The burden of dealing with asylum seekers should not be shoved onto one country, Indonesia’s Foreign Minister Marty Natalegawa has warned in a further broadside against the Coalition’s vow to turn back boats. But Dr Natalegawa ( right) also said Jakarta was prepared to talk to Tony Abbott about any future policy.”

The Sydney Morning Herald barely covered it apart from a tiny little par on page two: 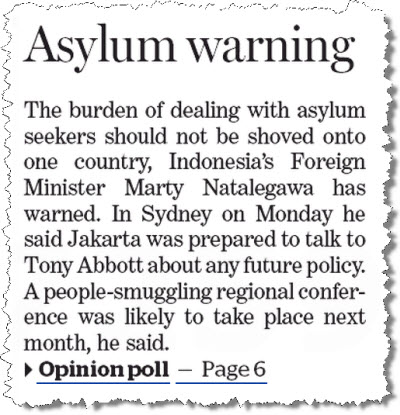 So is Indonesia pro or anti towbacks? Well, Natalgawa appeared on Ten’s late News last night to clarify some of his earlier comments.

Natalgawa: We have said, and when the prime minister has visited Indonesia recently and met with our president, we are not in a position to support any type of unilateral measures that can cause instead operational implications to countries of the region. On the contrary what we wish to see is a more cooperative regional framework type of approach. If I was asked whether we support or not support the pushback policy, clearly from our perspective such a policy would constitute a unilateral type of measure that we do not support which is why in my earlier remarks today basically I said let’s hear what the policies are all about. We have said our position on the Opposition to the unilateral approach but we have not really heard communication from those espousing the policy about what it entails.

Natalgawa: We are not ecstatic about it, for sure. But in terms of, in the spirit of wanting to hear the various policy options that countries are proposing, parties are proposing, it’s good to have this dialogue.

Royal baby all stitched up. The British gossip magazines are beside themselves with breathless delight over the imminent arrival of the royal baby. And their antipodean counterparts are getting in on the act … 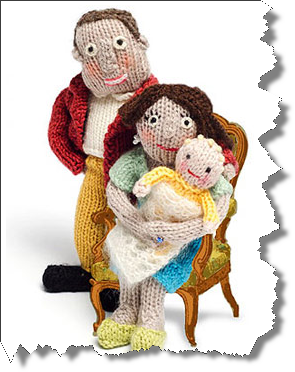 Women’s Day is making the most of the future monarch, with an entire royal baby page on its website. That includes the insight that Wills’ cousin says Wills and Kate will be great parents, an extremely tenuous family connection (23rd cousins twice removed) to celebrity baby Blue Ivy Carter and a how-to guide to knitting your own Wills, Kate and bub (pictured above).

The magazine has rebadged its normal royal page; stories about the royal wedding, honeymoon and other royals share space with a template to make your own royal baby bunting (“a must-have item in every child’s room”).

Women’s Weekly is more subdued, with articles on Prince William’s polo playing (with the baby due any day!), an exhortation for Kate Middleton to breastfeed the tiny heir and a photo gallery of Kate Middleton’s maternity style.

A nice alternative on coverage. Another example of different priorities in the war between Melbourne’s two little newspapers. On its front page, The Age takes up the cudgels for a group of Collingwood residents likely to have their houses forcibly dug up by the dubious and uneconomic East-West tunnel proposal. The pro-tunnel Herald-Sun? A four par unbylined story on page 8 with the head “Homes taken nicely”. Nice. — Andrew Crook 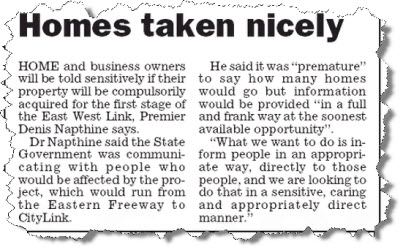 I see a house … News.com.au has announced a new columnist: “real estate psychic” Elisabeth Jensen. She will answer spiritually minded readers’ questions about how to buy and sell real estate, in this and every other plane of existence. Jensen comes with credentials, as she was named Australian Psychic of the Year in 2010 (by whom is not mentioned), but will limit her psychic gifts, as far as News Corp readers are concerned, to real estate. Jensen also runs the Isis Mystery School and Angel Miracles in Adelaide.

Front page of the day. Crowds rallied across the US against the murder acquittal of George Zimmerman. The Boston Herald captured the movement … 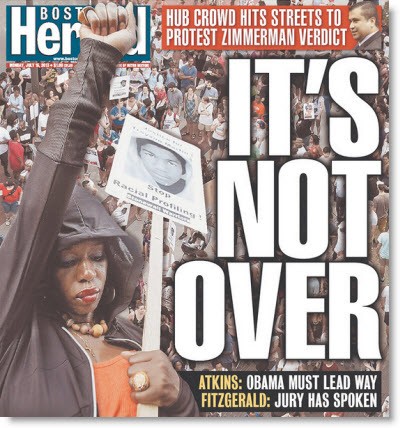 Dear Elisabeth, I’ve forgotten the question I was going to ask, but what’s the answer?”

We can be confident the psychic property predictions will be as factually accurate as the remainder of the newspaper.

There is impression that Indonesia will never support Coalition’s policy when turning back the boats when safe.Expert opinion cam leads you in better way visit here http://www.dkpp.com.au/property-depreciation-schedule