Is Joe Hildebrand overexposed? And will anyone buy his shoes (they look like Paul Keating's, we're told)? 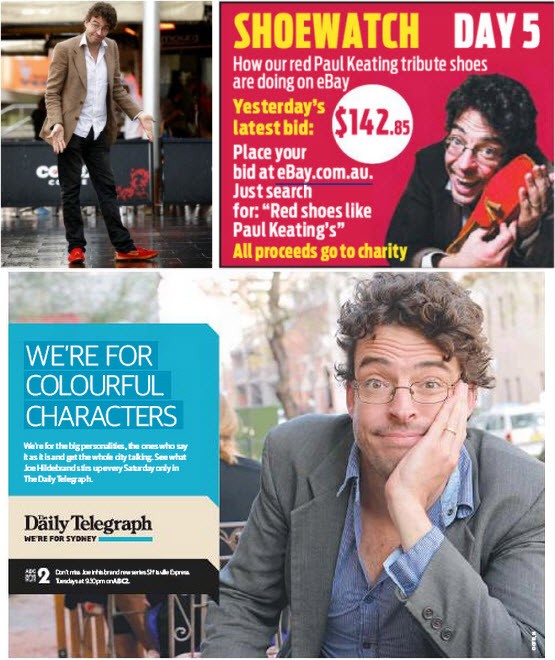 The Daily Telegraph‘s something-less-than-handsome hack Joe Hildebrand is in serious danger of over-exposure. For the record, those ruby slippers — genuine knock-offs of the shoes Paul Keating was sporting last week, as exclusively revealed in the Tele — haven’t budged from the $142.85 mark on eBay. According to the seller notes:

“These shoes have only been worn once, although not by Paul Keating. Joe was very careful with them and the editor said he had to take them off as soon as the photo shoot was over so we could try to get our money back.”

It’s for charity, of course. So we wouldn’t ever poke fun. — Matthew Knott

Follow the nose on facts. PolitiFact has announced another media partnership — Fairfax Media publications will carry fact-checking copy under the byline of Canberra-based economics correspondent Peter Martin, joining Channel Seven as outlets for Peter Fray’s internet start-up. “Fairfax has a proud tradition of holding to account those who seek power,” Fairfax news director Garry Linnell said in a statement. “In the coming election we will take this to a new dimension for our readers, exposing the facts — and the fictions.”

But Fairfax papers have dumped the patented “truth-o-meter” in favour of a biblical measure of noses. The graphics department has done better …

All vote should be conscious. The Sunday Herald Sun ran a rather odd story on Kevin Rudd’s sister Loree’s campaign against homos-xuals (she dated one once, apparently). But did Labor really have a conscious vote on gay marriage?

Video of the day. Malala Yousafzai — Crikey‘s very own Person of the Year — spoke movingly at the United Nations Youth Assembly on her 16th birthday over the weekend about the horrors of Pakistan (she was shot by the Taliban for campaigning on education rights for girls) and hope for a better future … 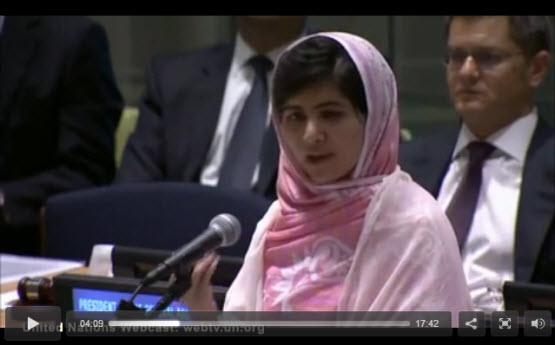 Front page of the day. The Sunday Orlando Sentinel — which has been covering the trial in Sanford, Florida, that received national attention — needed just two words on its front page … 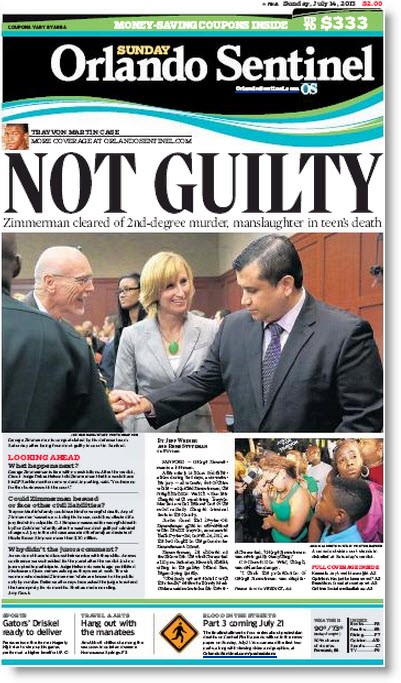 Heavens yes Joe Hildebrand is overexposed. I really can’t figure this out, this is someone who has little talent for TV and yet seems to be on every second show. Does he have an influential uncle at the ABC? It’s especially grating when he gets on Q&A, he’s neither intelligent nor interesting nor particularly knowledgeable in anything but self-promotion so why do they think his opinion should be heard?

He works for Murdoch.