Journalists are nervous at the prospect of The Australian Financial Review newsroom providing copy for Fairfax's metro dailies. Increased business copy sharing might come at a cost. 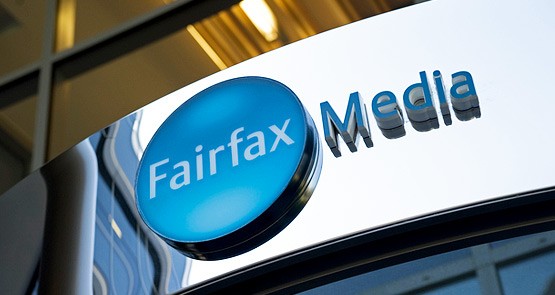 More editorial job losses are likely at Fairfax as the company merges its business reporting teams at The Sydney Morning Herald and The Age with the Australian Financial Review Group.

Crikey understands from senior Fairfax sources there will be a pooling of some newsgathering resources between the AFR and BusinessDay (the business section for The Age and the SMH) as management seeks to slash duplication. This would ultimately lead to another round of voluntary redundancies unless sufficient savings can be found through natural attrition.

Fairfax staffers are growing increasingly anxious about the merger’s implications for staffing levels, workloads and the “voice” of their publications. There is also growing frustration at the lack of detail from management given Fairfax CEO Greg Hywood announced the creation of the business media unit three months ago.

At a June investor briefing Hywood announced the company would trim an extra $60 million in costs by September, saying: “The savings will come from reducing duplication right across our business, but with an emphasis on minimising the impact on content and sales.”

Some BusinessDay reporters fear the unit’s distinctive reporting style will be lost when reporters also start filing for the more “pro-business” AFR. BusinessDay has traditionally focussed on the investor class while the AFR has targeted the big end of town.

BusinessDay reporter Paddy Manning lost his job in April after penning a piece for Crikey slamming the planned merger. Manning feared that:

“The transfer of BusinessDay into the AFR tramples on the legacy of quality, independent, consumer- and reader-driven business journalism established at the SMH and The Age. BusinessDay writes for the consumer, not for industry. We are not the trade press. With exceptions like Neil Chenoweth that nevertheless prove the rule, the AFR’s business journalism is built on a fundamental contract between company and reporter: high-level access in exchange for soft coverage.”

But Fairfax sources insist management is aware it would be counter-productive to create a one-size-fits-all product, and that BusinessDay‘s investor focus will remain.

While the exact mechanics of the pooling arrangements are still being debated, Fairfax is eyeing specialist news reporting as an obvious area of duplication. It is possible one telecommunications or banking reporter, for example, could file stories for both BusinessDay and the AFR.

Reporters are eager to learn how the commissioning process will work given the editors-in-chief of The Sydney Morning Herald and The Age are part of a separate “news media” division. A key challenge for Fairfax is finding a way to give them some control to shape the coverage of big business stories.

Brett Clegg declined Crikey‘s requests for comment. But it’s understood Fairfax will differentiate the AFR and BusinessDay by quarantining big-name writers from any copy-sharing arrangements. “Commentary and analysis are sacrosanct,” a source familiar with the restructure said. This means distinctive content such as the AFR‘s Rear Window gossip column and BusinessDay columns by Malcolm Maiden and Adele Ferguson would not be shared across the mastheads.

SMH economics guru Ross Gittins sits outside the BusinessDay structure and is therefore exempt from any changes.

Next month is looming as significant: management consultants from Bain & Company are due to present a major report on potential cost savings to the Fairfax board in the middle of August. Representatives of the firm have become a near-permanent presence at Fairfax’s Pyrmont HQ over recent months and are said to be a driving force behind the savings drive.

Speaking of Fairfax business journos, where is Michael West these days? He suddenly vanished from page 2 of ‘Weekend Business’ some time back. Was he being too nosey?

Fairfax has given up on The Age and the Herald, and are strangling the AFR as well. The fact that the AFR has run “investigations” from the metro papers is an obvious sign of the thinking. This pooling thing is just another example of the Corbett thinking. None of these products has anything left for the reader and he is simply ruining them.