On joyless FM, the joke is on all of us

Commercial radio breeds the sort of contempt for privacy and decency seen in the royal prank case. But you still have to defend it in the face of legal challenge. 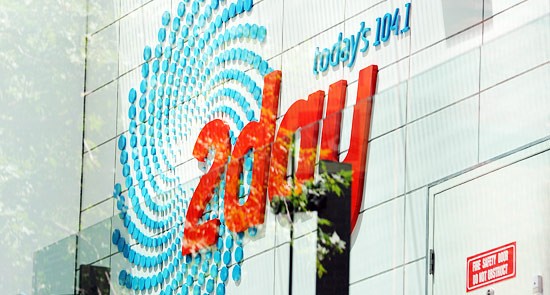 But I don’t think that either of these moments even compare to the odious task before us today: defending the rights and activities of commercial radio DJs, the coelacanths of culture, folks who give pond scum a bad name. Never popular with anyone, even or especially the people who listened to them, they became loathed last year when a prank call to the hospital where Kate Middleton was was followed by the suicide of a nurse, Jacintha Saldanha, who had put the call through. Yet now that very event — which I suppose we must call “prankgate” — is drawing the line, with news the UK Crown Prosecution Service has passed its file on the matter to the Australian Federal Police to see if there is anything the DJs, Michael Christian and Mel Greig, can be prosecuted for.

The initial response would be “of course — they’re commercial radio DJs”, and the second response would be good luck prosecuting Aussies for being tools in the UK, there goes that tourist sector. Beyond that, some real questions have to be asked about what a state prosecution for this matter would mean for the public sphere. For any but the most cartoon libertarian, this is a complex matter, about more than free speech.

Crucially, a prank call involves not merely a speech, but a “speech act” — claiming to be someone you’re not is more akin to making a false bid at an auction than to expressing unpalatable opinion. However, it rarely has a material effect — money lost, etc. This time it did, in the worst possible way. Though we sometimes prosecute for consequences of an act — the difference between murder and attempted murder is not one of intent — other times don’t. But for years prank calls have been tolerated as entertainment. There are whole TV shows devoted to them, and they’ve become the standard go-to of deathful morning radio. They have unquestionably caused crimes and disasters before — google “pranks gone horribly wrong” to find a trail of death — but pranks and practical jokes are an indispensable part of culture. Every culture has them — save for those where repressive religious or cultural movements have stamped them out. They sometimes fulfil a function of social equalisation — everyone gets punked — and they sometimes mark out social scapegoats.

That of course is what has gone so weird in this prank. Because at the very centre of it was the future consort of the king of England, carrying the future king/queen of England. Various celeb patients might have been worth punking in that way, but few would have carried the ratings-worthy frisson, the sheer mystical excitement of being put through to the inner sanctum. Whatever vestigial sense of mutual humbling resides in the media/prank couldn’t survive here. The event became impossible not to refer to law, not because of the horror of what happened to that poor nurse, but because something horrible happened to someone associated with the royals. It became an attack on the royal body. No prosecution may result, but the process of exploring it could not not be done.

“Saldanha was a victim of her proximity to people who would never be victims, sought by those purveying a culture of contempt.”

But that in turn points up much of the nastier and more cynical side of the whole media prank thing. Whatever liveliness and sense of carnivale — of energetic disordering — that pranks possess between real people is lost when they’re turned into a media resource. Put into that context they acquire a jackal air — the nastier humour that arises from the strong attacking the weak, the energy generated one of sharing in the superiority. There’s no real surprise that this sort of shtick is the preserve of the B and C level breakfast, drive time or evening teams, inevitably composed of Thunderbirds-style men, waxy and identikit, and the “fun” blondes paid to laugh at their gags. The FM format is geared to one thing: preserving the schoolyard sense of spontaneity and life, and carrying it into adulthood, to be piped out to people in deadened commutes. The FM duo format projects the feeling of adolescence — a sneering arrogance at the inadequacy of adults — as the wireless equivalent of a caffeine jolt.

It’s a measure of how little it has to do with entertainment that the exact format would be utterly unlistenable at any other time of the day. Nor is it a coincidence that the format arose at a time when the economy and society began to shift from the factory to the office, from production to consumption, from capitalism wanting the body, to wanting the soul and the self. The muck-about humour of the early years of FM radio have long since yielded to a braying contempt, a way for the listener to feel that someone else is in the cross-hatches. It’s now an essential cultural role. Kyle Sandilands is the cumface of neoliberal capitalism, lonely pointless accumulation of power personified. Everyone who listens to these shows knows they are as vaguely depressing as they are funny in the moment. What is essential to them is their sustained joylessness.

That’s what makes the sequence of events concerning the Saldanha case so dispiriting. For we could never base a legal system on the idea that a single prank call somehow caused a suicide — but any notion that the two events are totally unconnected is part of the whole culture it expresses. It emerged that Saldanha was a troubled person, with previous suicide attempts and depression — and the note she left explicitly blaming the DJs may have been in part prompted by a desire to attract pity. But humiliation and shame play a greater role in suicide than the current obsession with individual depression as a cause would suggest, and it may have been an annihilating moment.

Saldanha was a victim of her proximity to people who would never be victims, sought by those purveying a culture of contempt. Any attempt to criminalise that would simply be a further subjection of social life to the state — an avoidance of a real confrontation with the culture as it is, and how it got that way.

The piece as a whole contradicts the opening para – there’s no free speech issue here.

This was a nasty prank, done for commercial gain, that went horribly wrong. It would be just the same if someone from TV put a banana peel on the footpath and filmed the results, but the victim hit their head and died. There are arguments for and against pursuing a criminal case, and they are discussed in the article, but they are the same as in the general case where unlawful, but generally tolerated, behavior produces a much worse result than usual.

great article, agree 100% with you

Great article. I haven’t quite been able to work out what I think of everything surrounding this prank. On one hand as John Quiggin says, it’s simply a nasty prank gone wrong. But .. it’s not, there are many more strands than that.

Thanks. So glad I subscribed to Crikey! The last two weeks have been great.

Has there ever been a better description of that horrible excuse for a human being?