Labor could actually benefit from today's rise in unemployment. Plus other political snippets noted along the way.

A sort of justice. Labor suffered electorally while it presided over an economy doing well for most of the last three years, so there will a kind of justice if it gets rewarded now that conditions are worsening. Under the normal rules of politics this week’s rising unemployment figure would be a severe setback. Not so if the initial media reaction is anything to go by.

If anything, a little rise in unemployment gives Prime Minister Kevin Rudd the perfect defence to those Coalition attacks on Labor for not bringing the budget back into balance. Following that Coalition policy would simply make the unemployment figure higher, and Rudd at the National Press Club made a good fist of showing himself as the sensible, moderate economic manager.

This really is turning into a fascinating election campaign.

One for the mortgage holders. Provided they have kept their jobs, mortgage holders should benefit from that rising unemployment. There now remains no good reason for the Reserve Bank not to further reduce interest rates. The market fancies it will happen next month, and that should give Labor a further boost if for no other reason than it makes a nonsense of that Coalition claim that interest rates are always lower under a Coalition government. 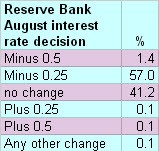 A good question. Unemployment in Greece has hit 26.9% as the policies of economic austerity continue to bite, with the country’s central bank predicting unemployment will peak at 28% before it starts to decline in 2015. Police sirens blared in central Athens for a fourth day in a row, Reuters reported, as dozens of protesting municipal police in green uniforms rode their motorbikes before the parliament, waving Greek flags and raising clenched fists in the air. Public sector union ADEDY, which is organizing a 24-hour strike for July 16 with its private sector sister union GSEE, branded the government’s plans as “the most merciless plan to devastate labor, wage, and pension rights in the last 30 years”.

Said Dimitris Mardas, an economics professor at Thessaloniki’s Aristotle University: “We could see a social explosion in the fall — no one can precisely predict what society’s tolerance limit is.”

The ox is slow, but the earth is patient. The great coach has moved on from just motivating a football team with Confucian references like that one. Carlton’s Mick Malthouse has now taken on the job of inspiring a state. From this morning’s Hobart Mercury: 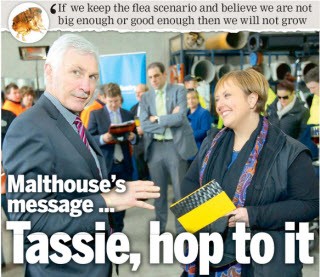 The great man’s words of wisdom urging Tasmania to shake off its “flea” mentality in order to grow and develop: 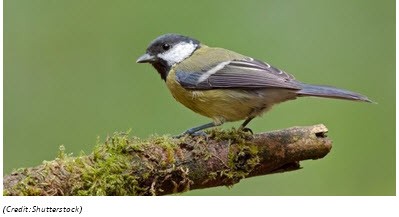 Business bites: back up for iron ore … trouble offshore … drachma, or …

Thanks Richard, great tits will always be out front in the evolutionary race.