Despite all the talk about giving the power to the ordinary party members as part of the great Rudd reforms, Labor yesterday decided to let the federal executive make all or any of the difficult pre-selection decisions.

The globalisation of indifference. Pope Francis travelled this week to the tiny Sicilian island of Lampedusa and celebrated a Mass in the island’s sports stadium, which served as a reception centre for the thousands of people who fled the upheavals caused by the Arab Spring unrest in North Africa, as well as refugees from poverty and violence in other parts of Africa. He greeted Muslim migrants about to begin Ramadan with the words “the Church is near to you in the search for a more dignified life for yourselves and for your families”.

No mention there from His Holiness about the boat people who survived the hazardous sea voyage across the Mediterranean — between 1994 and 2012, some 6,450 people have died crossing the Canal of Sicily — being just “economic migrants” who should be shipped home. Instead Pope Francis, standing behind an altar constructed of wood from shipwrecked migrant boats, prayed for the dead and called on Europe to show compassion to the people trying to make a better life for themselves there. “The culture of our own well-being makes us insensitive to the cries of others,” he said. “It brings us to feeling indifferent to others, to the globalisation of indifference.”

The Vatican News reported Francis, dressed in violet vestments during the Mass he called a “liturgy of repentance”, saying: 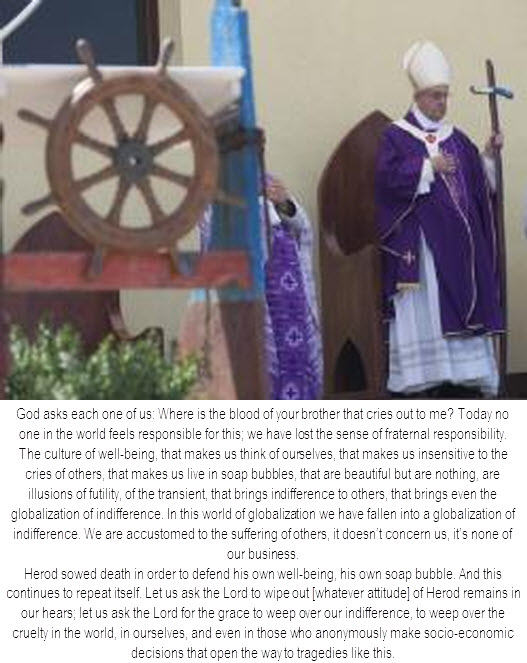 I await Archbishop George Pell passing on the full text of the papal address to Tony Abbott.

Power to the people but not yet. Old habits die hard. Despite all the talk about giving the power to the ordinary party members as part of the great Rudd reforms, Labor yesterday decided to let the federal executive make all or any of the difficult pre-selection decisions.

And don’t worry about those rules about having to be a party member for a year or two to be a candidate. That’s out the window too which must make a loyal rank-and-file candidate who misses out puzzled about the reason to bother joining and attending those often boring branch meetings.

Clearly change does not mean an end to hypocrisy.

The future of newspapers. I am an admirer of the look of the UK newspaper The Independent. Its design makes me want to open it. Clean and attractive. And that attraction of the printed version I read on the web is about to increase with the decision to move more towards being a daily magazine with a greater emphasis on comment and analysis and away from being a traditional newspaper with reports on what happened yesterday. For what I don’t like about newspapers, as I have noted in these snippets before, is that so much of the content has been made irrelevant by the time it is delivered. That’s not so with commentary but it does put a premium on the ability of the commentators that the publication accumulates. 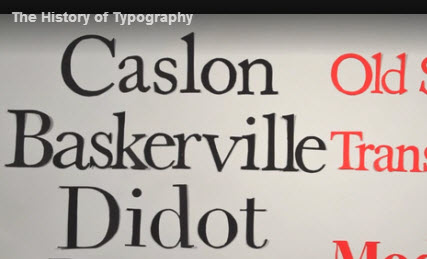 Richard, You will wait a long time for Cardinal Pell to take any action; he is too busy advising the National Catholic Education Commission to reject “Gonski”, as Tony Abbott does not believe that school funding should be increased from the current model.