Two new Labor candidates have emerged for preselection in the ultra-safe federal seat of Lalor, soon to be vacated by Julia Gillard. Crikey can reveal that a new “PM’s pick” has been thrown in the mix for the Western Melbourne seat; Lisa Clutterham. And former Labor treasurer Ralph Willis’ daughter Sandra Willis will also nominate.

Clutterham, a Labor party member and second secretary at the Australian High Commission in Papua New Guinea, is expected to be granted special dispensation by the party’s National Executive this afternoon to contest the sinecure. She is known to Prime Minister Kevin Rudd from his time as foreign minister.

Willis, a 39-year-old Williamstown resident and long-term factionally-unaligned party member who previously considered running for her father’s former seat of Gellibrand, has the support of local state MPs Wade Noonan and Natalie Hutchins and former Labor premier and Williamstown MP Joan Kirner. She is the manager of Oz Opera, Opera Australia’s touring arm. Willis lives in Gellibrand but attended school in Lalor.

One local party observer told Crikey that “there was a groundswell of local support against…the overriding of party rules for someone not active locally. There are widespread grumblings about candidates being parachuted in.”

Clutterham, at one point a keen Canberra-based mixed soccer player, could receive broad-based factional support. Both the shop assistants’ union and the Conroy half of the strained Victorian “ShortCons” alliance are believed to be agreeable to the tilt. Trade minister Richard Marles, a former parliamentary secretary for foreign affairs and Pacific Island affairs and ShortCons spear carrier, was the key link man in convincing her to run.

Clutterham and Willis join two others in the mix — Julia Gillard’s selection, local schoolteacher Joanne Ryan and former Melbourne City councillor Kimberley Kitching. But a senior Labor source told Crikey today that it was likely that some preselections could be “called in”, meaning a grassroots ballot might not end up being held, and suggesting that Rudd will move to an early election. Kitching is yet to formally put her name forward and may not nominate.

The Prime Minister is a voting member on the national executive. An application for dispensation is expected to be green-lighted to allow Clutterham to sidestep continuity rules that mandate party membership is held for 12 months prior to nomination. Ryan is also seeking to have the same rule waived by the executive’s 21 voting members. Nominations for the seat officially opened on Monday and close on Friday and a vote is scheduled at the end of the month.

UPDATE 4:50PM: At its meeting this afternoon, National Executive agreed it was “empowered to remove any impediment to potential candidates seeking to stand for preselection”. National Secretary George Wright will meet with state secretaries with outstanding vacancies and a committee of the Executive will convene tomorrow to discuss preselection timetables, with the possibility that some will be expedited to allow adequate time for campaigning before the election. It was noted the overwhelming view was to hold rank and file ballots, in line with the PM’s view that candidates should only be imposed if there was a “genuine crisis of time”. 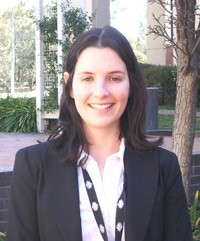 Under Victorian party rules, preselections are usually decided by a 50% grassroots ballot of members and 50% vote of the central public office selection committee. The factional numbers on the ground in Lalor are all over the place, with only about 120 members over the electorate’s three branches eligible to vote. If a ballot is held it is difficult to predict how the cards would fall. However, under a stability pact signed between Labor Unity and the Socialist Left, the seat is reserved for LU in the event it becomes vacant. SL members, once a Unity candidate has been identified, are bound to support that candidate in a vote.

Clutterham “likes” the Australian Labor Party on Facebook. She attended South Australia’s Flinders University and Henley High School and was first employed at the Department of Foreign Affairs and Trade in 2008 as part of its prestigious graduate program. According to Facebook, she was still in PNG on Friday but is thought to have flown home in the intervening period — Like Willis, Clutterham is not believed to be living in the electorate, held by Labor by 22.1%.

So Rudd wants to parachute in a young, probably very bright young diplomat who probably knows quite a lot about foreign policy but nothing about politics or constituents in western Melbourne – as opposed to his predecessor’s candidate, a mature woman with a track record of positive activism in the community’s interest, also highly-regarded local school principal.

Why is Rudd doing this? Why is he interfering again as he used to do? I can see why Gillard went for a captain’s pick in the NT – apparently McCrossin had blocked the possibility of anyone else taking her Labor senate spot for years. However there appear to be plenty of good local Melbourne candidates for this seat.

“Clutterham “likes” the Australian Labor Party on Facebook”. Well that should secure her the safe seat!

Rudd interfering again not a lot has changed. Edward James

Memo from Labor party to its members. “There is no point being a member of this party, the factional leaders think you are all idiots, and will continue to treat you as such…oh but you’ll be expected to do all the grunt work to get elected a bland set of generic ‘candidates’ who have no commitment to the values of the party other than getting themselves elected” Welcome to the modern Labor party. From the interview with the woman there is no sense at all of what she thinks politically.

I heard Lisa Clutterham being interviewed on radio this morning – I am staggered the Labor Party would consider such a hopelessly inappropriate candidate. It is such an arrogant thing to do – impose someone who has nothing to do with the seat or even the state. We also learned she has just joined the ALP a month ago.It is all about her and the opportunity that has been presented to her. The lack of judgement shown by whoever in the party is breathtaking, as is her’s for considering running in such circumstances. Someone in the party must have backed Tony Abbott heavily on centebet and is trying to find ways to make sure they lose the election.