Never visit your parents? In China, you’ve been served

Moral and legal obligations clash in China, as the government attempts to protect the family unit. If you don't visit your parents you might get sued, reports freelancer Kway Teow in Beijing. 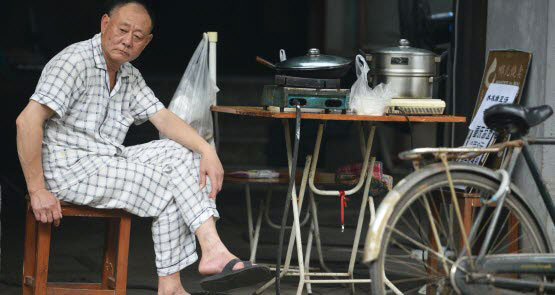 Your mother makes lunch plans with you. You end up cancelling. She calls. You don’t pick up. The next step? She slaps you with something worse than the forehand of guilt — a lawsuit.

Unlikely as it sounds, that’s what could happen in China, which has passed a law requiring grown children to visit their parents. Revisions to the efficiently named “Law on Protection of the Rights and Interests of Elderly People” took effect last week, and are aimed at safeguarding the comforts and necessities of parents aged 60 and older.

Under the law, parents whose children live apart from them and don’t visit regularly can request mediation or file a lawsuit. Helpfully for those scurrying to provide coverage, a Wuxi city court in the country’s east ordered the daughter of a 77-year-old woman to visit her at least once every two months, and on at least two of China’s national holidays, as well as support her financially.

The law is predicated on the Confucian concept of filial piety, which is the duty of children to respect, cherish and look after their parents for life — and beyond. Filial piety is the reason why Tomb-sweeping Day is a public holiday in China, a day when millions of people trek to graveyards to revere the memories of ancestors who are long since dust.

Producing heirs — preferably male — is also one of the tenets of filial piety, albeit one that is at odds with China’s 30-year-old one-child policy. On top of this, the country’s population is ageing — according to government-approved statistics, more than 185 million people in China were 60 years of age or older last year, and that figure is expected to hit 200 million this year and double in the next two decades. The United Nations estimates that 29.9% of China’s population will be 60 or older by 2050, up from 10.1% in 2000.

The law is an intriguing side effect of the loudly lamented news that China is losing its demographic advantage, with its birth rate currently lower than its replenishment rate. Not only does this mean a lack of cheap labour, it means  the country’s Little Emperors had better enjoy all the attention while they can. It’s all very well being the pampered focal point of multiple generations, but it’s a bit harder for one person to be socially and financially responsible for two parents and four grandparents.

Reaction to the law, somewhat predictably, has been mixed. The roiling morass of opinions that comprises China’s social networks broadly trends towards ridicule, but this time it would seem that some of the points are valid. There are those who point out the difficulty of enforcing the law, particularly as it doesn’t stipulate exactly how often children must call on their parents, or a punishment should they fail to do so. This means the onus for enforcement — and potential legal costs — could fall on the neglected parents themselves.

Also noteworthy is the criticism that many children are unable to visit their parents regularly because they simply live too far away. China’s urbanisation drive has resulted in a massive migrant worker population, many of whom face poor working conditions and slowing wage growth in cities while trying to earn enough for themselves and their parents, who remain back in the countryside.

This migrant worker population is estimated to be anywhere from 130 million to 260 million people — official figures are usually on the low side of accurate — most of whom only get holidays once a year during the Spring Festival. Sure enough, there were calls aplenty for the government to push companies to allow employees enough holiday time to visit their parents.

Still, there were some supporters. “Parents raise children with effort so painstaking that they sprout white hair and bend their spines,” wrote one user in a micro blog. “Lack of filial piety is a disease that can be cured with the leather whip of the law.”

China Daily toed the party line, pointing out in an editorial that “turning a traditional moral obligation into a legal obligation” would have a positive effect. The paper also quoted a China Central Television survey noting that 11.9% of young respondents had not seen their parents in years, while 33.4% visited just once a year. State-run Xinhua News Agency trotted out a 2010 story in which an 83-year-old Beijing man filed a lawsuit against his six children for neglecting to take care of him. In the suit, he said he was “not short of money, but was very lonely”.

A Beijing resident told Crikey that many local people look forward to the day when, like their parents before them, they can spend their days in public parks playing table tennis or Chinese chess, or doting on grandchildren too young to go to school. “But I don’t know if I can afford to do that when I’m that age,” she said. “I may have to look after all my relatives until they are gone and I am old, and only then start to look after myself.”

There’s always a chance a parent may be delighted NOT to be visited by their offspring. I know a few examples here in Oz.