MPs taking your tax dollars with them on overseas sojourns

Simon Crean is heading to Europe on a taxpayer-funded "study" jaunt which may include cooking lessons. Crikey intern Fergus Hunter looks at the rules on MP travel and picks out some highlights. 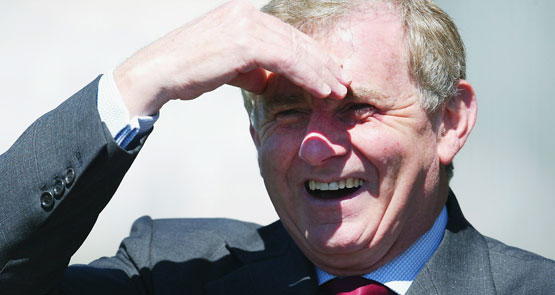 Soon-to-be-ex Labor MP Simon Crean is in the news this morning after jetting off on a taxpayer-funded study trip to Europe with his wife. The trip — which comes after a sojourn to Cambodia in May, also with his wife — could include Italian cooking lessons and a trip to Venice.

But he’s far from alone. Crikey takes a look at the travel that MPs are entitled to, and how they take advantage of it …

Senators and members of the Australian Parliament are provided with an extensive range of entitlements to cover expenses for everything from staff to offices. But MPs’ use of their overseas travel allowance is attracting attention, in particular the sometimes-dubious “study trips”, which are soon to be abolished. As of March 15, 2012, MPs can no longer accrue an overseas study travel entitlement, after the Remuneration Tribunal announced the gradual phasing out of the allowance last year.

If MPs have any entitlement remaining, it can be rolled over into the 44th Parliament but can only be used to cover 50% of a commercial round-the-world airfare (first class). MPs will not be able to use study travel entitlements they accrued before March of last year during the 45th Parliament.

Having accrued the study entitlement before March last year, Crean is using up his entitlement while he can — the former Labor minister has announced he will not contest his seat of Hotham at this year’s election.

Crean’s six-day trip to Cambodia in May also raised eyebrows. He defended that trip, saying it had been undertaken in full accordance with the relevant section of the entitlements, “at the strong urging of the local Cambodian community in the Hotham electorate,” and that he had attended meetings and studied “political, economic and social infrastructure”.

Former speaker Peter Slipper — almost certain to be defeated in his electorate of Fisher this year — has attracted attention for accruing more overseas travel expenses than former prime minister Julia Gillard. Slipper clocked up $30,901 from June 29 to July 17, 2012 — he resigned from the speaker’s chair two months earlier.

In 2009, Liberal Senator Concetta Fierravanti-Wells took two weeks’ study leave in Italy at a total cost of $17,798. Fierravanti-Wells said the purpose of the trip was to compile a report on solutions for the Australian wool industry in crisis, on which she delivered. However, she attracted controversy when she admitted to spending a weekend at the family investment property in Umbria — famous for its vineyards, olive oil and castles — as well as going shopping in Milan.

Outspoken Liberal Senator Cory Bernardi spent three weeks in April 2011 touring European cities. Some of his more notable visits on the trip were to the infamous right-wing politician Geert Wilders and Lord Malcolm Pearson of Rannoch, the anti-Islam former leader of the UK Independence Party. Bernardi justified the trip as investigating and observing the “impact of migration and multicultural policies”, reporting that his meetings had “resulted in an ongoing exchange of ideas and perspectives on some shared political issues”.

If a politician is on a two week trip and actually doing the job they are meant to be doing, I really don’t see any problem with them taking the week-end off…

Sen. Xenophon quipped, re Mr & Mrs Crean’s “study tour”, “PASTA la vista” & pointed out that when he flew to Malaysia recently to observe the elections, he flew economy class.
He did NOT mention that the Creans would be at the pointy fart of the 747 being plied with finest comestibles.

Well Done Hunter—good reporting—this wastage of public monies is only the tip of the iceberg!

It really does hurt to see MPs at the end of their careers pulling this sort of stunt. (Yes Simon C we’re looking at you.)
Glad they’ve tightened the regs.