Rebels without a PM: violent Egypt still in transition

The wrangling over control of Egypt continues, as the violence on the streets results in deaths, confusion and political finger-pointing. Vickie Smiles reports from the Egyptian town of Alexandria for Crikey. 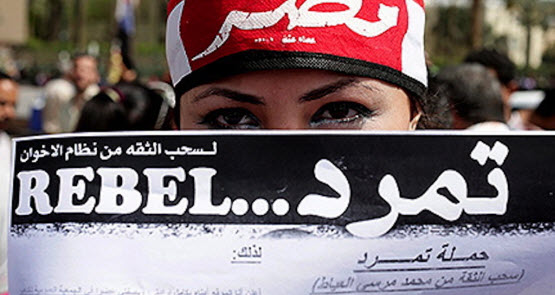 Wrangling over the position of prime minister in Egypt’s new transitional government carried on late into the night, diminishing hopes that an announcement would be made this morning.

Nobel Peace laureate and former UN nuclear inspector Mohamed El Baradei may still be a contender for deputy president after he failed to gain endorsement as PM. But the second choice for PM has also been rejected by the Salafist al-Nour Party.

Al-Nour turned down El Baradei because they considered him too “liberal” then withdrew their initial support for Zyad Baha’ El-Din, telling Reuters both were from the same party, the National Salvation Front. The statement to Reuters came from the party’s leader, Younes Makhyoun, whereas earlier Al-Nour’s deputy head Bassam El-Zarka had said the party would welcome the appointment of El-Din as prime minister: “He is one of the liberal figures that we greatly respect.”

El-Din — head of Egypt’s General Authority for Investment and son of the famous Alexandria-born journalist Ahmed Baha’ El-Din — would only say (after the initial endorsement) that “a decision is neither final nor official”.

The Salafist al-Nour party is the only Islamist member of the dream team partnering the Egyptian military after the June 30 uprising and last Wednesday’s dumping of president Mohamed Morsi. All members of the team want unity; while their aim is largely a secular no-name democracy (neither branded Muslim Brotherhood nor any other faith or faction), the al-Nour party’s reservations about El Baradei had to be accommodated. The second rejection may be one too many.

While negotiations over the position of prime minister have gone on longer than expected, the team is determined to present a unified front and a decision that will be respected. They also want to dispel any fears that they are puppets of the military.

Egyptians backing the military want everyone, particularly the West, to stop talking about a “coup”, arguing they started the uprising; firstly with paper via the Tamarud (Rebel) petition (pictured), and then with tens of millions of feet, protesting from June 30 until Morsi ended up the way of Mubarak in 2011. Pro-Morsi forces were livid about the challenge to their freely elected president and as violence took hold, the military stepped in and set a 48-hour deadline for all political forces to find a solution.

With Morsi gone they’re still livid, almost cornered, and consumed by anger at the unfairness of their demise. Battles have raged throughout the country, especially in Cairo and Alexandria, with almost 40 dead and 1500 injured since Thursday when Adli Mansour, a former chief justice of the Supreme Constitutional Court, was sworn in as interim president.

By Friday, as Morsi forces declared a Day of Rejection, Mansour had dissolved the Islamist-dominated Shura Council (upper house of Parliament), thus terminating the last structural representation of Morsi’s reign.

Thousands of Muslim Brotherhood took on their detractors during Friday’s Rejection and violence even spilled over into hospitals where opposing sides had taken their wounded and dying. Trouble in the Sinai Peninsula also forced the military to close the Rafah border crossing between Gaza and Egypt as Islamist gunmen staged multiple attacks on security forces.

By Saturday, with tensions running high, the military upped their presence on the streets with more tanks and and fighter-jets joining the flag-waving helicopter fly-pasts.

Media manipulation and a lack of transparency are still unpalatable features of Egyptian uprisings, with little or no explanation of decisions that may affect the public. And not one Muslim Brotherhood leader has seriously tried to diffuse the situation.

The Brotherhood’s supreme leader Mohamed Badie said: “We shall stay in the squares until we bring President Morsi back to power.” He also declared that protests would remain peaceful and called on the army not to “direct your arms against us”.

It had previously been reported that Badie was arrested in Marsa Matruh, west of Alexandria, during the initial crackdown on Islamist leaders, but his appearance at pro-Morsi demonstrations beside Raba’a el Adaweya Mosque in Nasr City, Cairo, showed how unreliable news reports could be.

Many leaders have been taken into custody and in a dubious incident of misplaced transparency, the arrest of Morsi’s powerful associate, Khairat el-Shater, was shown on television. Great pictures, but scant information. El-Shater was reportedly detained for inciting violence against protesters.

On Saturday, at Sidi Gaber in Alexandria, the facts were left wanting when a video of supposed Muslim Brotherhood members pushing a young man off the top of a building spread on Facebook and YouTube. His tragic death, as the only child of a local couple, was then milked for the media with a graphic of his anguished parents played over and over again on television. Someone had been arrested but little else was revealed … 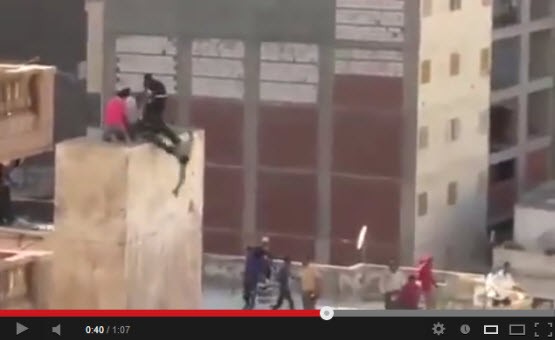 The Muslim Brotherhood had deliberately turned Sidi Gaber into a battleground, with stone-throwing and gunfire taunting both anti-Morsi forces and the military. Badie’s words about peaceful protests were unrealistic. And there was a serious disconnect: many people were sipping their Saturday morning cappuccinos at Starbucks or lolling on nearby beaches while only kilometres away others were out to kill or maim.

Nobody expected a smooth transition, especially after a week, but the difficulties in selecting an interim prime minister and the lack of transparency about what is really happening has only added to the tension. Perhaps the military’s flamboyant hardware displays were designed to compensate as well as enthrall. By sunset Sunday, in its biggest ever spectacle, nine F-15 jets flew across Tahrir Square with the red, white and black colours of the Egyptian flag streaming out their exhausts.

Military leader General Abdel Fattah al-Sisi was also shaping up to be the poster boy of June 30 as his picture was everywhere, pushing a message that the army is one with the people. The well-oiled machinery of Egypt’s military obviously extends to bulk printing.

Ramadan begins in Egypt tomorrow or the next day — there will be an announcement this morning. The month of Muslim fasting, from sunrise to sunset, may be what’s needed for a smooth and non-violent transition to a Morsi-less democracy.

Islamists do not share power. Islamists strongly believe in their right to exercise whichever level of force and violence required to attain and maintain power, it is all justified in their ideology. Islamists accomodate democracy in order to get into power, then work hard and fast to remove access to democratic structures and protections. Islamist governments are usually strong at assuming control but lousy and inadequate in actually running a functioning economy, national & social services etc. If there are $Billions available in existing oil fields then they usually remain financially liquid. otherwise the economy and services grind to a halt. All the above happened in Egypt, as it has happened elsewhere many times…

The irony of islamism is that Islam is about an individual’s relationship with that particular Skyfairy – the thought of enforcing that delusion on others is a contradiction.
It is no accident or coincidence that since Sadat signed the Israel treaty and amerikan largesse swamped the country, its population has more than doubled in 30 years – it has never fed itself since pre Farouk days and now exists solely on US & EU grain mountains which may prove sparser in the future, if any.