US President Barack Obama is the most popular politician on Twitter, but no other pollies come close to the late Hugo Chavez. Plus other media snippets.

Climate correction required. The Australian had to correct itself on climate scepticism today (apparently the error was “made in the production process”). You can read the original story here … 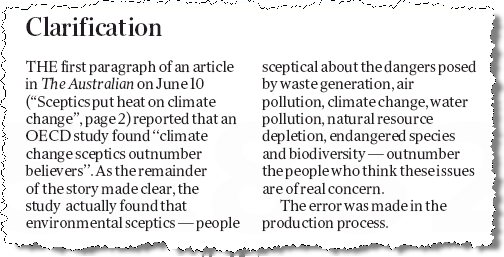 Tweet, tweet: leaders on Twitter. Justin Bieber, Lady Gaga and Katy Perry have more followers on Twitter between them than the population of Mexico, but which politicians and leaders are ruling the global Twittersphere? With 33.5 million followers, US President Barack Obama is by far the most popular politician on Twitter, and he comes in at number four overall in the world, behind the three mega-stars named above. Here’s his Twitter handle:

The second most popular pollie is more of a surprise; the late Venezuelan president Hugo Chavez still has 4.1 million followers. Just over 50,000 followers have come on board since his death in March — although there haven’t been any ghostly tweets. His last tweet, on February 18, read:

That translates as: “I continue taking refuge in Christ and trust in my doctors and nurses. Onward to victory, always! We will live and we’ll be victorious!”

Saudi Arabian theologians and media personalities are commonplace in the medium to high echelons of the Twitterocracy, with the man dubbed “the Brad Pitt of Sheikdom“, professor Sheikh Mohammad Al-Arefe , boasting 5.4 million followers. After Chavez, Turkish President Abdullah Gul is the third most popular politician on Twitter, with 3.4 million followers. Former Californian governor Arnold Schwarzenegger tags in behind with 2.9 million followers. Ah-nold often tweets about fitness, upcoming movies and politics.

Australia’s politicians are not setting the world on fire; none has more followers than a fake account created for J.K. Rowling’s Lord Voldemort. Prime Minister Kevin Rudd manages 1199th in the world (rankings are for all tweeters, not just politicians) with his 1.3 million followers. Rudd seems to write his own tweets (though that could change now that he has more to do). Next is former PM Julia Gillard, who has 407,000 followers — that number jumped by 5000 when she lost her job last month. Gillard (or “TeamJG”, her staff) was tweeting several times a day, but her last tweet was on June 25; she was forced out on June 26. Opposition frontbencher Malcolm Turnbull has 175,000 tweeple (yes, that’s what they’re called), ahead of Opposition Leader Tony Abbott, who flails with 138,000 followers. Abbott’s tweets are somewhat dry, while Turnbull’s are more lively. — Crikey intern Bension Siebert

Front page(s) of the day. It’s been 77 years since a Briton won Wimbledon. Fleet Street was always going to go big (via @suttonnick) … 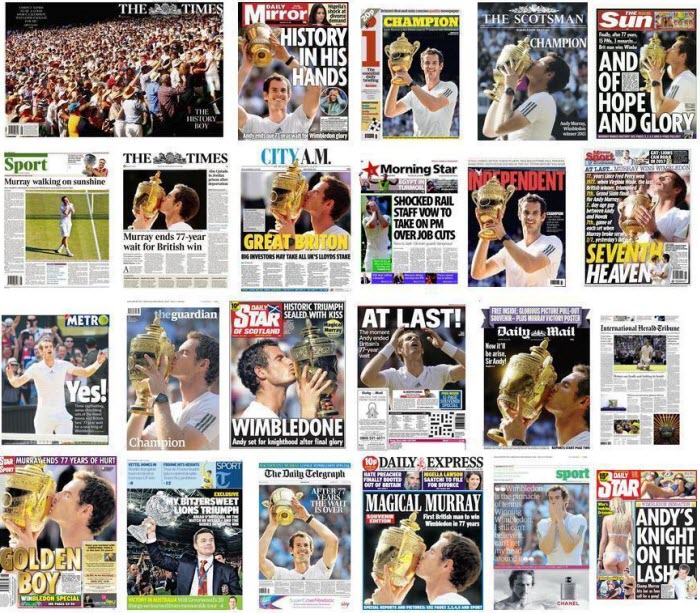 Video of the day. There’s no better way to start your week than this video. What happens when one crazy Bon Jovi fan ends up on the jumbotron at an American basketball game … 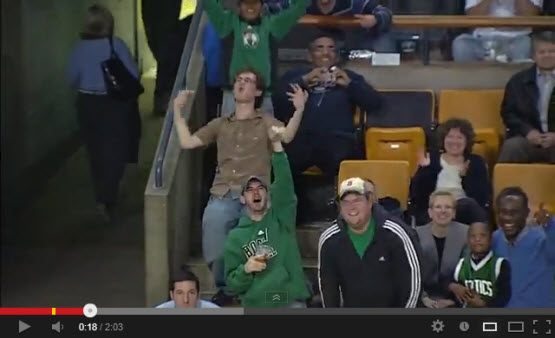